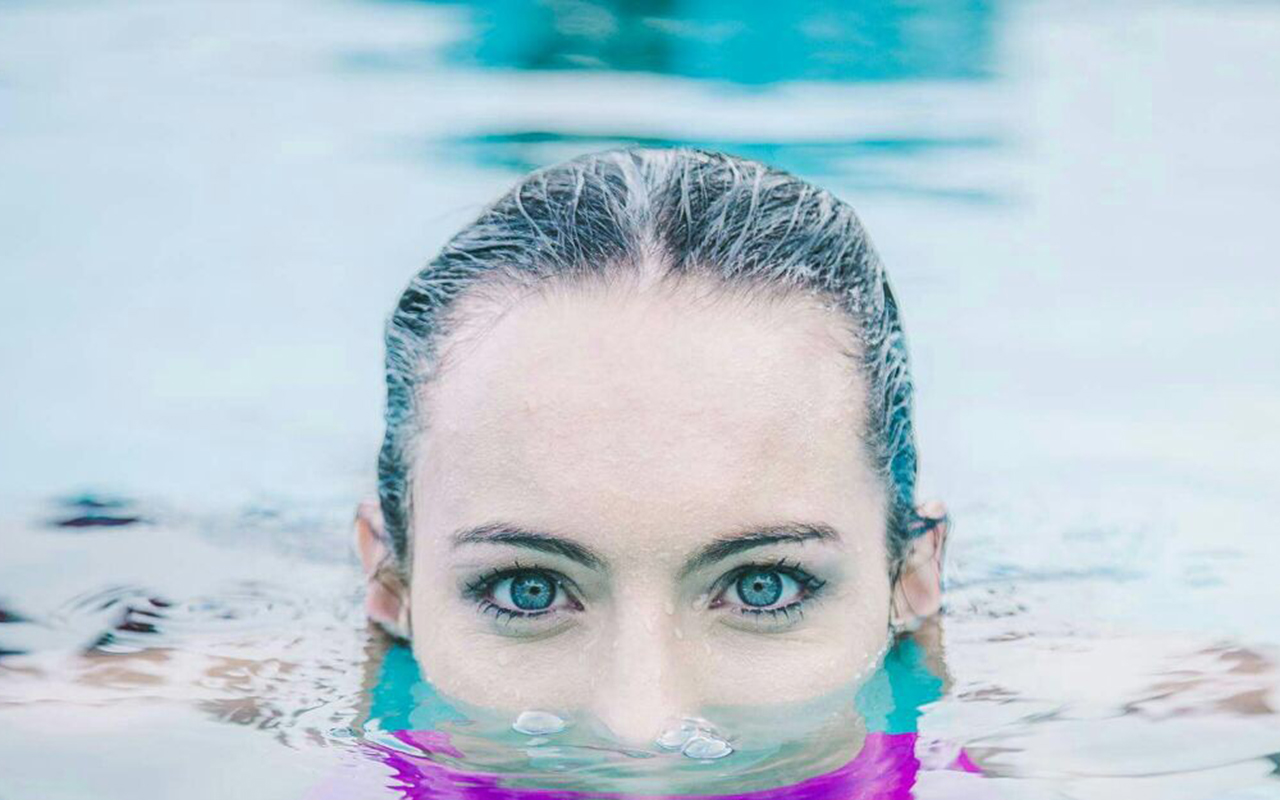 Double 2018 Commonwealth Games gold medallist Tatjana Schoenmaker has the world at her feet, but she seems almost oblivious at how her game-changing performances in the pool have changed the face of women’s swimming in South Africa.

The swim star recently beat off stiff competition from Zeney van der Walt and Kesa Molotsane to be named Sasol Emerging Athlete of the Year at the 2018 gsport Awards while also featuring as a finalist alongside Caster Semenya and KG Montjane for gsport Athlete of the Year, which Semenya won for the fourth time.

Tatjana’s recognition comes on the back of memorable performances swimming in SA colours, and she has been roundly hailed as the country’s first able-bodied woman swimmer to win a Commonwealth gold medalist since readmission.

She won gold while setting a new record time for Africa of 2.22.02 in the 200m breaststroke at the Commonwealth Games in Australia, toppling the previous African record, which was set by Suzaan van Biljon in 2012.

The 21 year-old set another African record at the Gold Coast Commonwealth Games, when she won the 100m breaststroke, breaking Penny Heyns record in a time of 1:06.41.

She also smashed the last of Heyns’s national records, when she added the 50m breaststroke SA short-course crown to her 100m and 200m titles.

Congratulations @TRSchoenmaker on another fantastic swim and taking down my record ? https://t.co/SmmTWjB1an

But this humble champion likes to keep things simple. She works hard, trains hard, and focuses on herself and her races. Her main aim is to set personal best performances. Medalling is a bonus.

Among giants of comparable performances, Tatjana keeps a relatively low profile, and likes it that way. South Africa’s Golden Girl of Swimming spoke to gsport about her Olympic ambitions and how she plans to make a dream come true:

Tatjana, how do you feel about winning Sasol Emerging Athlete of the Year?

I am super blessed and honoured. It doesn’t matter that I walked away with the trophy, I feel all the other finalists deserved to have a trophy in their hands as well. Truly honoured!

What feelings come up for you when you think about your outstanding double gold success at the Commonwealth Games?

Still a little bit of shock. I think it still hasn’t really sunk in. It’s overwhelming, very happy and blessed.

What did it mean to you to smash Penny Heyns 100m record?

I obviously never went for the record. I didn’t go to smash it. I just went for the time or my PB, and ended up beating her record. That record has been standing so long, so it’s obviously a massive honour to break a record set by her, especially since she did it without goggles. I don’t think I would be able to …

How did that success impact your career? Has it opened more doors for you?

Not really. My life has been much of the same. Nobody has been treating me different.

What has the public reaction been?

Very good! A lot of people from the public messaged me on Facebook and telling me how proud they were of me and how they were supporting me. It was quite nice to see.

For those who don’t know your journey, how did you build up to that double gold success?

It took a lot of hard work, a lot of sacrifices in normal personal life. It’s not always easy.

What are your next goals when it comes to swimming?

Going to the Olympics! Maybe next year Worlds or World Students, but the end goal is just doing my best at the Olympics.

Who are your personal sponsors and how do they support you?

My personal sponsors will firstly be my parents and then Speedo, TopTrition, TUKS Sport and Ola.

Who are the sportswomen you look up to and why?

Any sportswoman that has achieved great things in their sports! In general, I look up to them because it takes a lot to get where they were, especially for women.

I just want to make my own way in swimming, and not follow someone’s else’s path.

Who are the up-and-coming young women swimmers we need to watch out for?

There was a massive gap between the previous Olympians and the swimmers coming up, but they are definitely there.

What is your advice to aspiring sportswomen?

Focus on yourself, your times and your races.

Don’t always compare yourself to other girls around you or in your race. Someone might be at a different place with her training or whatever.

If you focus on yourself, like I went to the Commonwealth Games focussing on doing a PB. If I came back with a PB, and no medal, I would have been just as happy.

What is your message to SA women?

Photo 1 caption: 21-year old double Commonwealth Games gold medallist Tatjana Schoenmaker has the world at her feet, but almost seems oblivious to how her game-changing performances have changed the face of women’s swimming in South Africa, as she keeps a steady eye on her own goals. Photo: Supplied

Photo 2 caption: Tatjana beat off stiff competition from Zeney van der Walt and Kesa Molotsane to be named Sasol Emerging Athlete of the Year at the 2018 gsport Awards, while also featuring as a finalist alongside Caster Semenya and KG Montjane in the  Athlete of the Year category. Photo: M-Sports Marketing

Photo 4 caption: Tatjana has been in a purple phase of gold-medal winning and record-setting swims, but says she does it by keeping her head down and focusing on her personal goals. She has set African records, and has toppled the last-remaining of Penny Heyns’ standing records, but insists that a personal best means more than a medal. Photo: Supplied

Photo 5 caption: SASOL Emerging Athlete of the Year at the 2018 gsport Awards, this double gold-medal winner says that we should be on the look-out for much more swimming talent coming over the horizon – good news for Swimming in SA! Photo: M-Sports Marketing