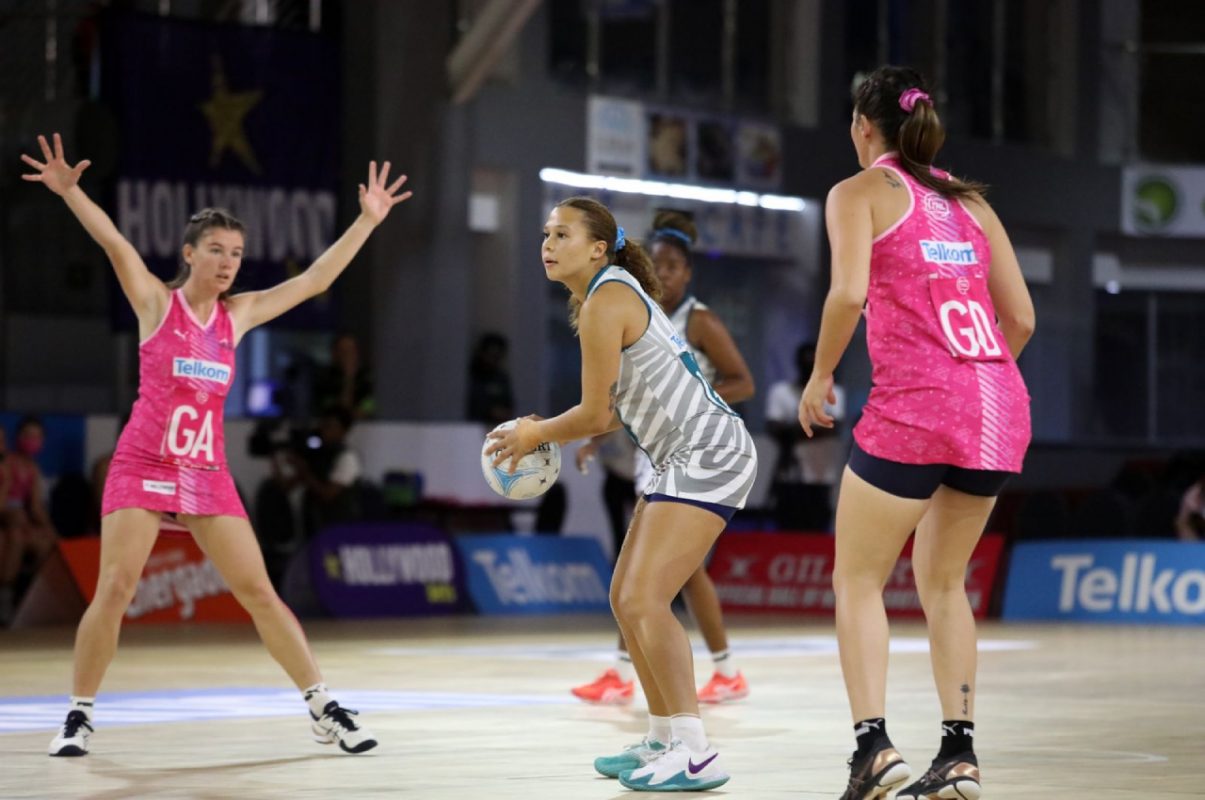 Durban played host to a successful Telkom Netball League Power Week at the Olive Convention Centre, which concluded on Monday, 2 May 2022.

The return of spectators brought a boisterous vibe to the venue and lovers of the beautiful game were also treated to some stimulating action for six days. There were a lot of surprises this time around which added some flavour in the tournament ahead of the next leg.

The Gauteng Jaguars registered the biggest victory so far in their last game on Monday against the North West Flames after a firm 72-36 win. This victory moves them to second on the log, having lost one match to the Golden Fireballs – the only team in Division One to have maintained their winning momentum.

The Flames will have to dig deeper during the two-week break, and work on crushing their winless streak following four consecutive defeats.

In division two, the Western Cape Tornados remained fourth on the log despite beating the Northern Cape Diamonds 61-31.

The Kingdom Queens had an improved start at home, backed up by their supporters as they currently third on the log. The team has comfortably eased into their new coach, Precious Mthembu’s style of coaching – a former Kingdom Stars captain.

It was also a two-horse race for the number one spot between the Eastern Cape Aloes and the Mpumalanga Sunbirds until Sunday, when the Aloes beat the Sunbirds in the top of the table clash to finish the first leg unbeaten.

Teams will now have the opportunity to recoup and sharpen their game plan ahead of the next leg which gets underway on the 20 May at the Heartfelt Arena in Pretoria.