Ten Women in Sport Media You Should Be Following! 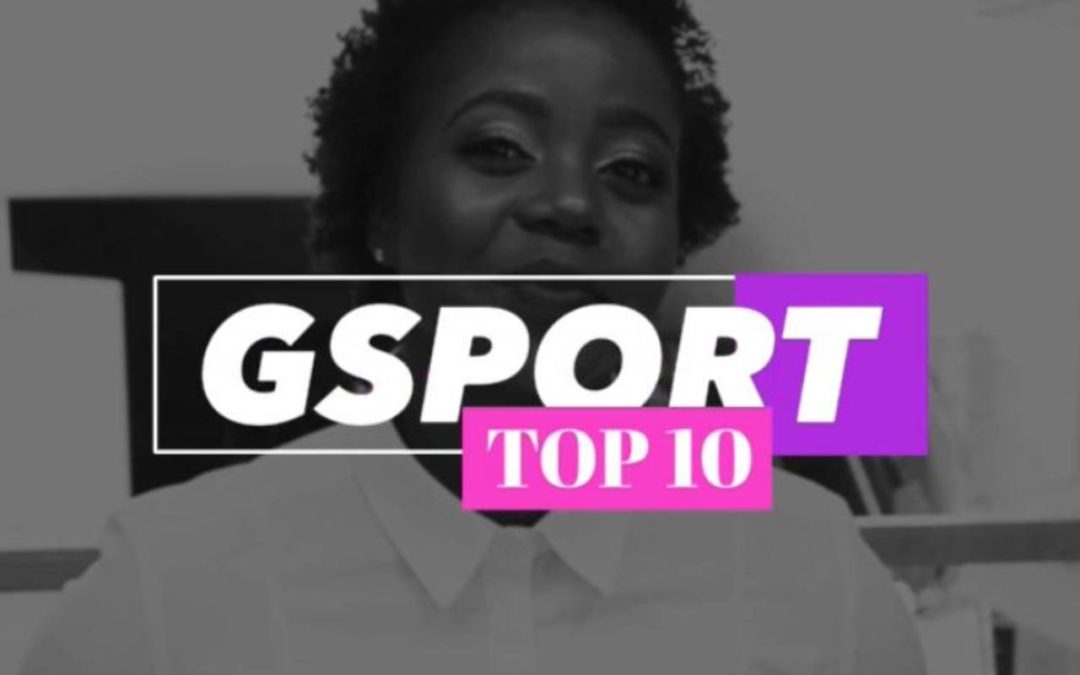 The coverage of women’s sport is improving all the time. Across the country, there are women leading the charge to ensure maximum coverage for women in sport.

It is our firm belief that consistent media coverage will lead to increased sponsor interest on the way to professionalizing and commercializing women’s sport.

Here are the women who have caught our eye on the gsport news desk:

Busisiwe Mokwena: Busisiwe is a multiple former gsport award winner. A fierce football journalist with an activist attitude that has seen her stand up for women in football like few others have had the courage to. Busisiwe was part of the FIFA media team covering the 2019 FIFA Women’s World in France and with her consistent approach to her craft is sure to get many more opportunities to impact the beautiful game.

Celine Abrahams: Celine is gsport’s lead content creator. Since July last year, she has led the charge for more consistent coverage of women’s sport. During the Covid-19 lockdown, Celine spearheaded gsport’s efforts to tell at least one story a day even though live sport was cancelled for many months. Her passion for sport and her dedication to her craft has seen many follow in her footsteps in providing improved coverage of women’s sport.

Cheryl Roberts: Cheryl Roberts is a pioneer in this space. Her years of dedication and commitment to raising the profile of women’ sport has encouraged us all to play our part in changing the game. Cheryl’s impactful reporting of grassroots sport is helping bridge the gap between elite and amateur sport coverage.

Hloni Mtimkulu: If you are looking for a journalist to ask the tough questions, Hloni is the one! A former gsport Woman in TV, Hloni is consistent in her efforts to provide a broader view of South African sport through her forthright reporting. Her ability to include women’s sport on the mainstream agenda has helped the game grow in leaps and bounds.

provides a youthful edge to the coverage of women’s sport yet it’s her maturity in handling tough conversations around the women’s football that is seeing her rise up the ranks of women in sport media. Banda is confident and courageous and uses her voice to powerfully message women in sport.

Lebo Motsoeli: Women in Sport Wednesdays has become a phenomenon in South Africa, thanks to seasoned sports broadcaster, Lebo Motsoeli. She powerfully includes women in sport on her radio platform and enhances her presence with thoughtful social commentary on the state of the game. Her presence on television enhances the profile of women in sport and she continues to be an inspiration to many.

Lethabo Kganyago: Lethabo Kganyago is an unsung hero in women’s sport. She has selflessly given her time and resources to promote sportswomen who fly the flag for South Africa. Last year, Lethabo coordinated a farewell event for Limpopo-based players as they jetted off to represent Banyana Banyana at their debut FIFA World Cup. Lethabo is consistent in keeping women’s sport on the agenda

Nthabiseng Mamabolo: Nthabiseng Mamabolo is using her national radio platform to shine the light on women’s sport across communities in South Africa. She gives airtime to those who need their voices heard and ensures that coverage of women’s sport reaches far and wide. Her dedication to the cause is inspiring and encourages others to follow her lead.

Rachel Makhura: Rachel Makhura is one of the most celebrated media winners on the gsport awards stage. This talented media all-rounder has a strong voice and uses it to promote women’s sport across the continent. Rachel covered women’s sport on radio before it was cool to do so. She is committed to raising the profile of women’s sport and uses her platforms to make her voice heard.

Selina Munsamy: Selina Munsamy is the reigning gsport Supporter of the Year. You will struggle to find a more selfless woman in South African sport. While holding down a full-time job, Selina finds time to share inspiring women’s sport stories with the gsport community while using her social platforms to champion women in sport. She is an example of true support!