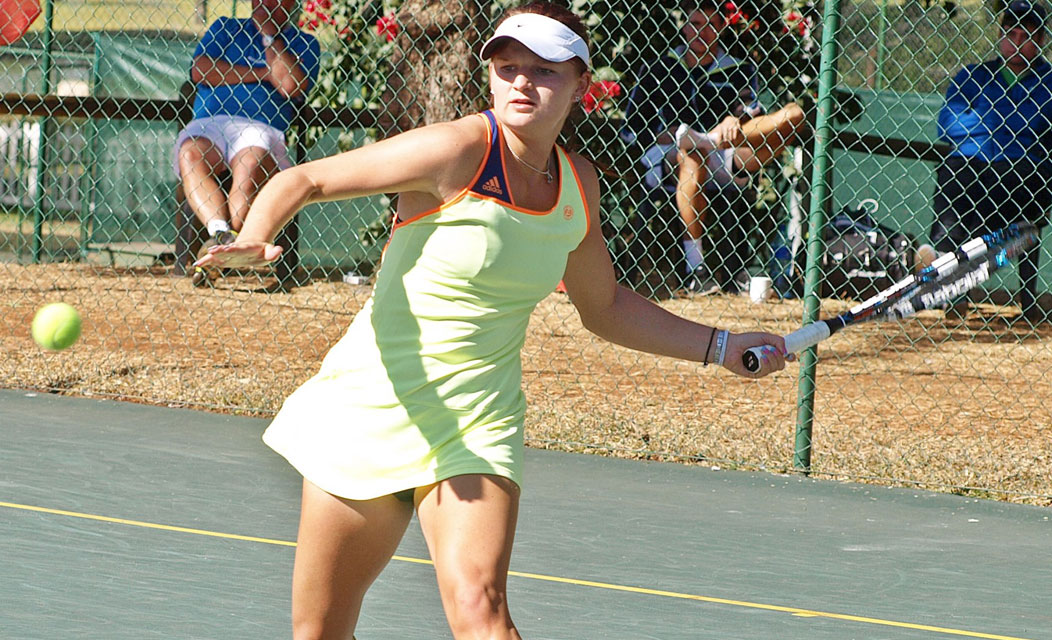 In line with the TSA vision of developing and “grooming” juniors for future Fed Cup duty, TSA announced that junior Linge Steenkamp (Free State) would be travelling to Lithuania with the team.

South Africa will be one of eight nations participating in the week long round robin tournament and will face the hosts Lithuania as well as Denmark, Egypt, Liechtenstein, Norway, Slovenia and Sweden at the Siauliai Tennis School. Following the tournament, two teams will be promoted to Group 1 whilst two teams will be relegated to Group 3.

“I am happy to announce  a fantastic mix of youth and experience in our 2017 Fed Cup team,” said Grainger. “It’s time to start nurturing the youngsters for the future. Chanel Simmonds together with Ilze Hattingh and Madrie le Roux will lead the team in Lithuania.

“All three of these girls have lots of experience at winning at international levels and have played many Fed Cup ties between them. And the fourth member of the team is promising junior Makayla Loubser, a real star of the future and who has represented the country as a junior on the international stage on many occasions,” continued Grainger.

Loubser, aged 14 from Cape Town will be making her debut Fed Cup appearance. Loubser is the reigning under 14 National singles and doubles champion as well as the reigning under 14 African Junior Championship singles and doubles champion. Loubser was recently selected for the ITF Grand Slam Development Touring Team to Europe and helped South Africa qualify for the prestigious under 14 World Cup in the Czech Republic.

Grainger said that together with head junior selectors, Terry Schweitzer and Allan Karam, he had selected another under 16 junior, Linge Steenkamp, the reigning to be part of the Fed Cup.

“Both Makayla and Linge are extremely talented and warrant this selection. This is the start of the new era in women’s tennis in the country and for the future of Fed Cup. I as captain will be looking at all the up-and-coming juniors, and if they deserve selection to future teams they will be given the chance, as we now need to build on improving our Fed Cup status and position on the world stage,” said Grainger.

Grainger said together with TSA, he had a five-year plan to start changing the face of women’s tennis in South Africa. “We have some very exciting juniors to look forward to in the future. Juniors like Makayla, Linge, Zoe Kruger, Myah Petchey are some of many.”

The South African captain concluded by saying that the challenge facing South Africa in Lithuania would be a challenge. “I am under no illusion of the task ahead of us and that survival in the group is of the utmost importance, but I have complete faith in Chanel, Ilze and Madrie who I know will go out fighting hard for South Africa and to do the country proud in the tournament.”

Photo 2 caption: Ilze Hattingh has lots of experience at winning at international levels, with many Fed Cup ties under the belt. Photo: BLD Communications

Photo 3 caption: Like Hattingh, Madrie le Roux has a proven track record flying the SA flag around the world, and her experience will stand the team in good stead. Photo: BLD Communications

Photo 4 caption: Grainger describes the promising junior Makayla Loubser as a real star of the future, who has represented the country as a junior on the international stage on many occasions. Photo: BLD Communications