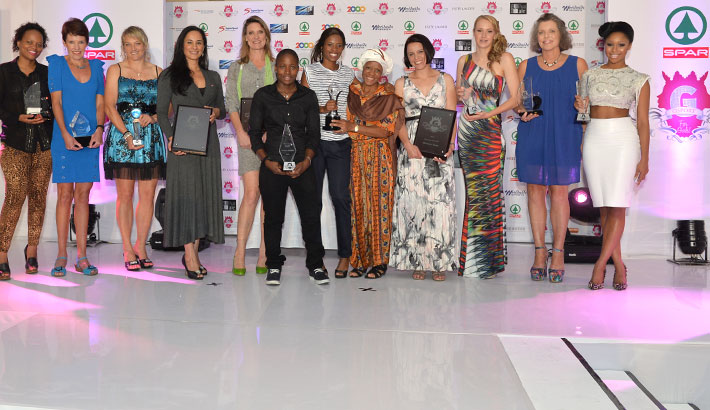 Thumbs Up for SPAR gsport Awards

Winners of the 2013 SPAR gsport Awards have given the event the thumbs up after the 8th edition of South Africa’s only women’s sport awards at the prestigious Wanderers Club in Illovo on Wednesday, which attracted the cream of women’s sport.

This year’s awards unearthed new icons and role models for the next generation to aspire to be like, and the winners are determined to do even more to raise the profile of South African women’s sport.

gsport Coach of the Year, Dominique Philippopoulos, sent a moving message to gsport about her win, saying she is now inspired to be even better, and is motivated for the year to come.

“To be in the presence of such amazing women was inspiring and intimidating at the same time and an experience that will always be treasured as a highlight in my life.”

Mapaseka Makhanya, who was crowned SPAR gsport Athlete of the Year, said: “I’m so humbled to be a woman who does sports in SA because with gsport on our side it makes it all worth it. Congratulations to everyone who was nominated.”

gsport Woman of the Year, Marlize Jordaan, said that while it was a fantastic honour to be a nominee, to actually receive the award, put the cherry on top of a whirlwind, but interesting year for her.

“There aren’t many opportunities like this given to women achievers in sport and given what it takes in effort, dedication and self-motivation to make it to the top of one’s sport with little or no financial support and exposure, makes this even more special.

“Thank you to gsport and its sponsors for the recognition given to women in the different sports disciplines and categories. The Awards morning was an awesome experience and to receive the trophy very humbling. I really appreciate it very much.”

Lesedi FM sports commentator, Dikeledi Makhongoana, winner of the gsport Woman in Media Award, probably summed it up best, when she said: “This was the best day of my life after giving birth to my beautiful daughter four years ago.

“Getting recognition where women are all in the same room, was very humbling to me. Nothing will ever erase memories of this day. Thank you so much for the honour.” 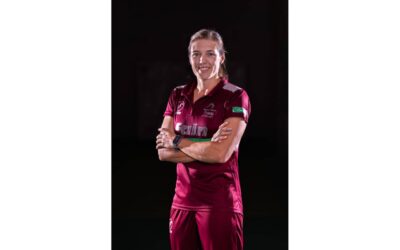 Senwes North West Dragons batter, Tazmin Brits, topped off her phenomenal season with a well-deserved recognition from club and country. She picked up the Player of the Year and Batter of the...