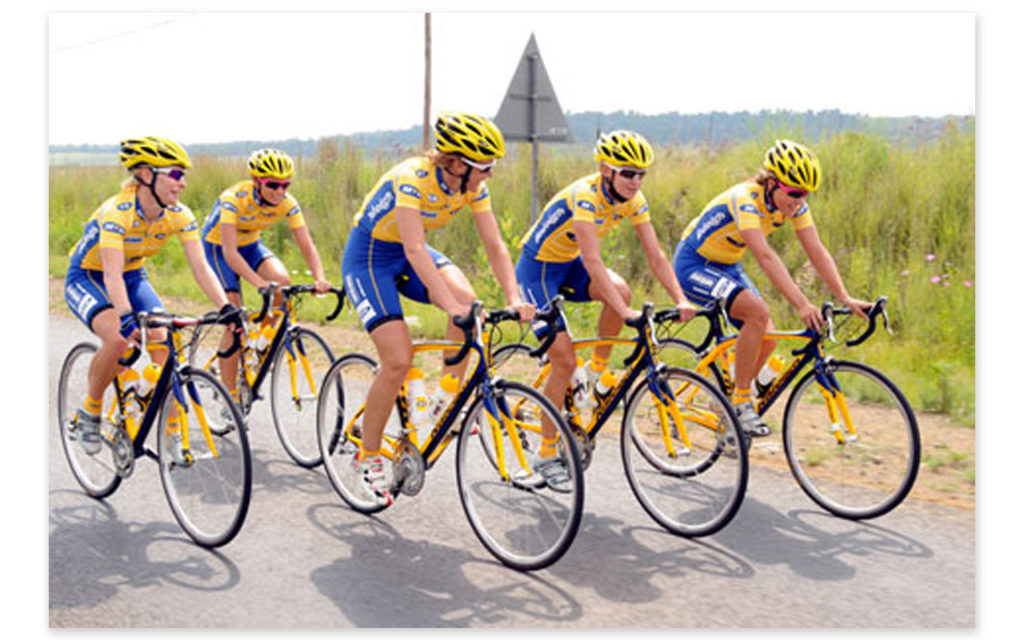 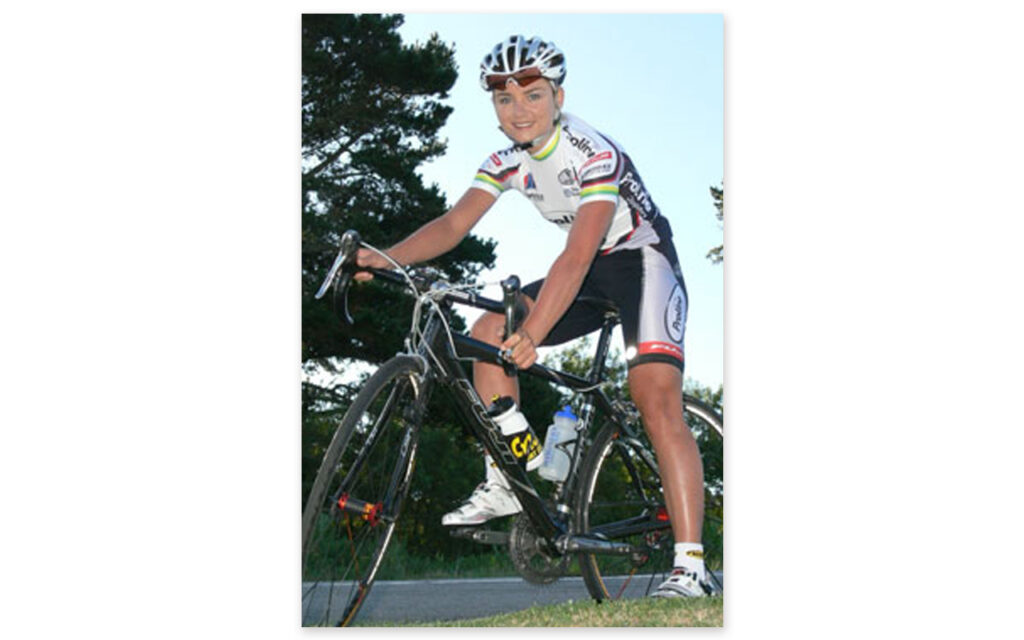 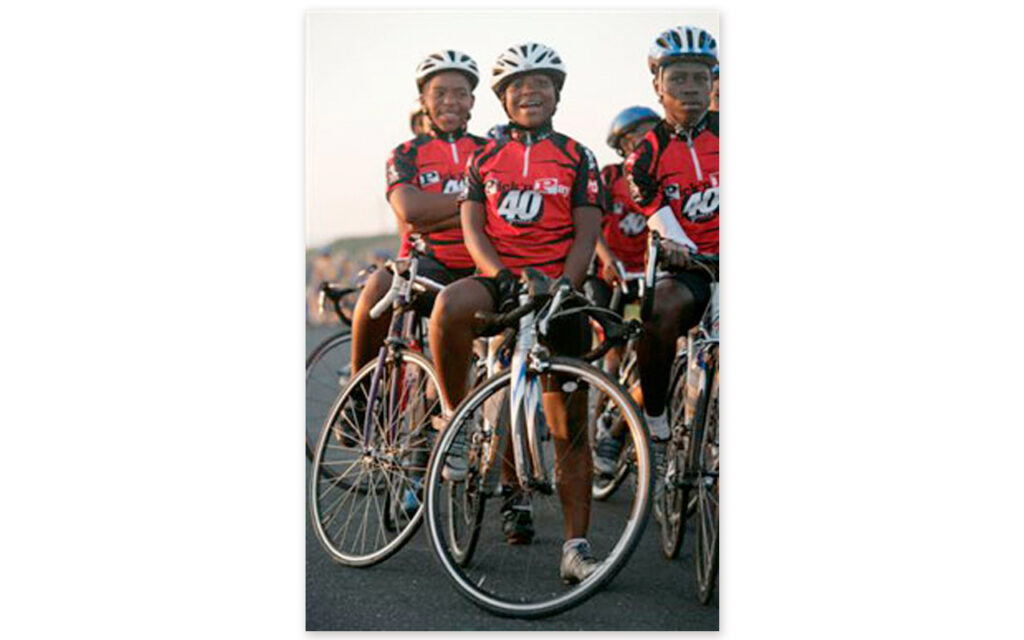 There’s been great excitement in the world of cycling since MTN announced its sponsorship of South Africa’s first-ever fully-professional women’s road cycling outfit. This significant move is widely expected to revolutionize top-flight women’s cycling in the country, and there is already talk of entering a MTN team in the women’s Tour de France in the near future.

Team MTN is led by Cherise Taylor and also includes Marissa van der Merwe, Chrissie Viljoen, Altie Clark and Cashandra Slingerland, who have won six out of seven races, since the team came together, and they’re expected to provide a stiff challenge at the Cape Argus Pick n Pay Cycle Tour taking place in Cape Town on 9 March.

MTN, whose sponsorship commitment runs until the end of 2010, plans to support women’s cycling on all levels and not just the top-end racers. While nothing has been finalised yet, a focus on women-specific cycling activities in August (Women’s Month) is in the planning phase.

Anthony Garstang, MTN SA Senior Manager: Sponsorships, told gsport: “MTN is incredibly proud to be sponsoring a Ladies Cycling Team as is it the first time that we have sponsored a fully professional ladies team in any discipline. When we were looking to increase our investment in the sport it became clear to us that ladies’ cycling in SA was being dominated by a handful of successful individuals and we saw this as an opportunity to nurture young talent under the guidance of Douglas Ryder.

The team has only been together for two months now but they have gelled incredibly well and are starting to produce some incredible results which we are delighted with. We believe that they will only go from strength to strength as they grow and mature as a unit.

Commenting on the sponsorship, MTN team owner Douglas Ryder, told gsport: “It is revolutionary in that the sponsorship by MTN for women’s cycling means that the riders can ride as full professionals and not have to hold down any other employment which is unique in cycling for women. This will help raise the level of the sport and it has already shown in the speeds of the races this year.

Women’s cycling is on the up, the women are receiving similar prize money to the men, even though there are fewer teams and fewer riders per team, but it is definitely improving. The next step is for there to be more women’s specific 3 to 5 day stage races.

What’s great about the MTN sponsorship is that other Corporates are sure to follow in their footsteps, and women’s cycling can only benefit in the long run.

Our  March gSTAR, Anriette Schoeman, who has been riding for 16 years, and whose main sponsor is PROLINE Computers, told gsport she believes that if women get treated equal to men in the sport it would be a real improvement.

“Women’s cycling has grown from strength to strength in the past 10 years, but there should be a structure put in place to develop riders and get them ready for overseas racing. We have incredible talent in women’s cycling and I think with the right guidance we could feature in world class events as well.”

On a development level, there are initiatives around the country, aimed at improving the state of the sport, across all ages and both genders. This March, gsport has featured the Life Cycling Academy in our Star Search feature, and we’re heartened by the efforts of Glyn Broomberg and his team to contribute to transformation.

In response to a question on how women’s cycling can be further improved, Broomberg said: “The million rand question!! A lot needs to be done all around. There are some structures out there like Cbist Racing that are dedicated to improving the level of ladies cycling and individuals like Erica Green that are passionate about promoting girls and their cycling but they need to be given the support that they need to achieve their goals and objectives.”

“My parents believe in me and that is all that matters,” says Tshoko, who is currently training to participate in the Cape Argus Pick n Pay Cycle Tour, and hopes to turn professional within the next two years.

What are the various cycling disciplines?

What is more popular, road riding or mountain biking?

Each discipline seems to take turns as far as growth in the sport is concerned. At the moment, mountain biking is very popular mainly due to the fact that it is safer. Road riders have to contend with traffic and mountain bikers with nature and therefore it is a more social and family orientated sport.

The now-famous ABSA Cape Epic stage event and family mountain bike weekend festivals such as the Dirtopia Festival and RIDE Crater Cruise event locally is certainly contributing to the sport’s popularity as well.

Who are the leading South African road riders?

At the moment we are fortunate to have quite a few teams with top girls in each of them. It is really difficult to pin down who the top girls are as it fluctuates and there are many of them who perform well.

The girls who prominently feature on the podiums in races at this moment are still Anriëtte Schoeman (now a veteran and still winning races), Cherise Taylor (young upcoming sensation and captain of the MTN team), Marissa van der Merwe (former team-mate of Anriëtte, and now in the MTN team).

There are also many other girls who were selected for the squad and for Olympic training and also feature on the podiums from time to time (e.g Yolandi du Toit, Cashandra Slingerland (current time trial champ), Lynette Burger, Arien Torsius, etc. The names mentioned above are based on latest results.

We are fortunate to have quite a few top mountain bike girls in SA in their age classes and disciplines, but going according to current top rankings, for cross country it would be Yolande Speedy, marathon is Yolande de Villiers, and downhill – Rika Olivier.

What is more difficult, road riding or mountain biking?

Mountain biking requires more skills such as jumping over obstacles, riding in narrow forest or rocky tracks (singletrack) etc and also in general requires more overall body strength as mountain bikes are generally heavier than road bikes. In road riding you can get away with less skill and fitness by riding in bunches and using tactics to your advantage.