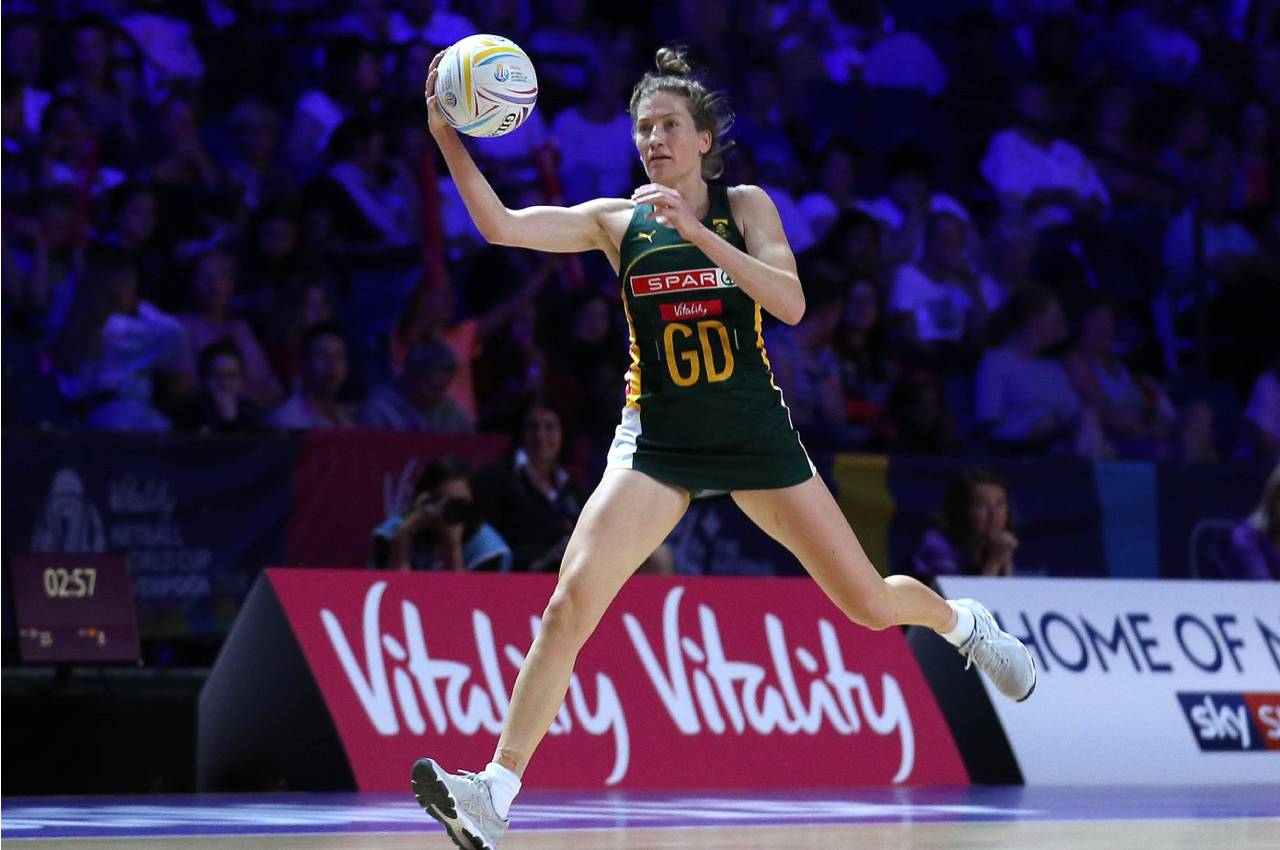 Trust in Preparation, the Foundation Behind Pretorius’ Success

SPAR Proteas vice-captain, Karla Pretorius, has intercepted every opportunity that has come her way over the past season. From lighting up the Netball World Cup with her player of the tournament performance, to claiming the title as the best defender in the Suncorp Netball League in Australia; she simply can’t put a foot wrong. To further prove her rising status, she was named as the starting Goal Defence in the Suncorp Super Netball Team of the Year in May, after receiving the most votes of the competition as fans selected their favourites.

The 30-year-old Global Woman of the Year finalist attributes her consistency on the court to a strict training routine and unwavering faith in her abilities. The consistency in Pretorius’ game week in, week out is second to none, mostly shown in the League where she has been the best Goal Defence for the past two seasons.

Pretorius believes the interruption caused by Covid-19 to netball in South Africa has definitely put the momentum the Spar Proteas had achieved on the back-foot, but remains optimistic of the squad stepping up at the 2023 Netball World Cup to be held in Cape Town.

Pretorius is up against Momentum Proteas cricketer, Mignon du Preez and Springbok Women’s captain, Babalwa Latsha in this tightly contested Global Woman of the Year category. We caught up with her all the way in Australia to reflect on her stellar season.

The SPAR Proteas and yourself in particular have had a stellar year on the court, how do you reflect on the season?

2019 was a great year for the Spar Proteas.  I think we achieved that success because of good preparations, especially during 2019 and a few years before with a lot of International games being played. We had a lot of players playing in Professional leagues abroad and World Class coaching from Norma Plummer and Nicole Cusack.

For the first time in many years we broke into the top 4 at a World Cup Championship which is a massive achievement.

Describe your journey in Australia, it seems like it has been the perfect couple of years playing there?

I’m very grateful for the journey so far. Playing with and against the world’s best players has been fantastic for my game. Being in a professional environment, playing high-quality matches week in and week out has really helped me grow as a person and player.

How do stay so consistent, week in and week out?

One of my aims is to make sure that I’m consistent in my performance and that is how I approach everything I do on and off the court. This environment is providing me with the opportunity to grow and become better.  I trust in the process and training, and try to prepare as best I can. I also have faith in what I do, I control what I control.

Netball in Australia and England is quite professional, what does SA need for us to reach that level?

In addition to professionalisation of the national league, greater emphasis should be placed on a high performance system to identify, foster and develop athletes, teams and structures.

Where would you like to see netball in South Africa?

My wish is that in the near future we have a professional league in South Africa so that we don’t have to move abroad, leave family and our people behind to play the sport we love full time.

You’re in a beautiful part of Australia, is it easy to immerse yourself into the Aussie culture or is home where the heart is?

We found ourselves in a beautiful part of Australia and a lovely community on the Sunshine Coast.

But yes, home is where our heart is . Nothing will replace home which we miss so dearly. Our people, the cultures, family and friends.