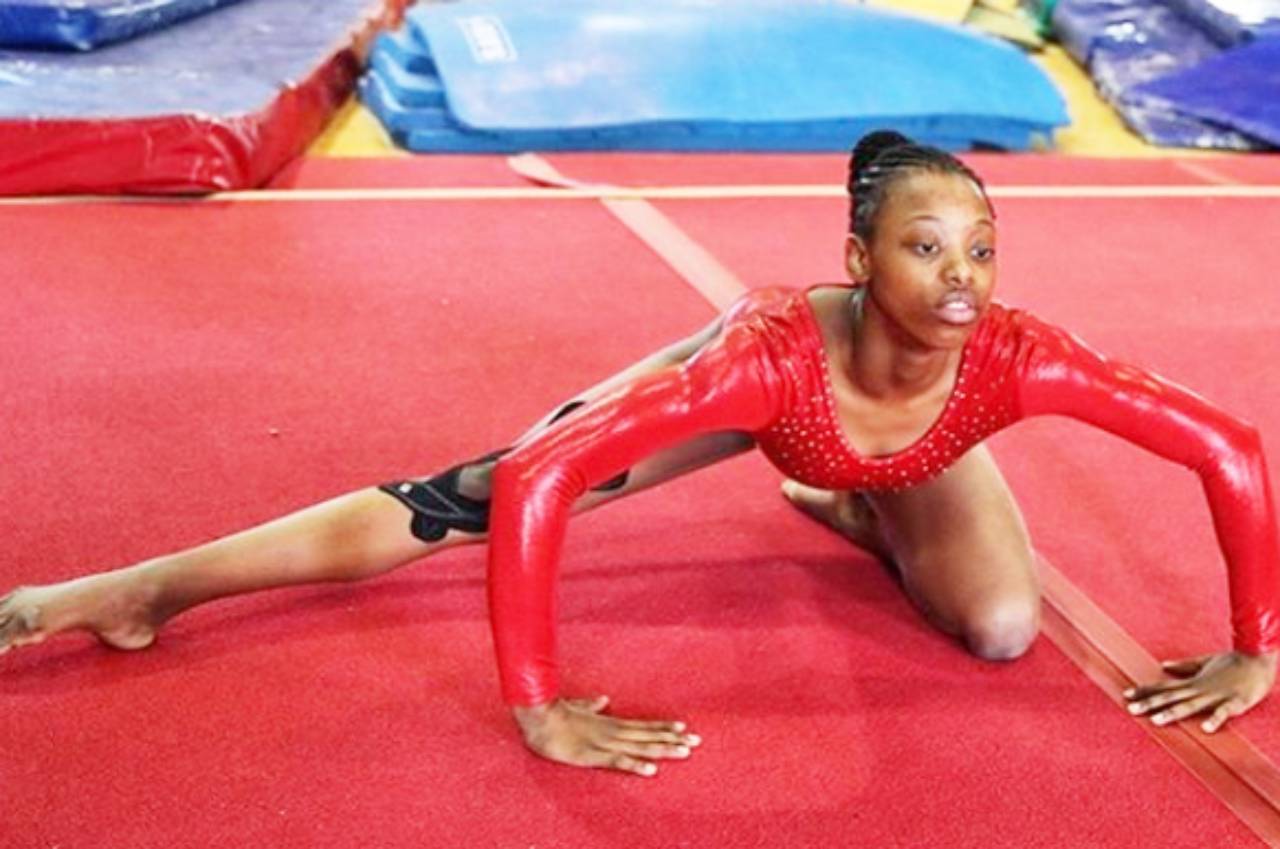 Nhleko is currently ranked fourth in South Africa in the Junior Olympic gymnast category. She hails from Pretoria and started Monkeynastics at four years old, before starting gymnastics at six years old. She currently forms part of the Tuks High Performance team and trains 34 hours a week, with the long-term goal of representing South Africa at the 2024 Olympics in Paris.

After competing and coming first in the Gauteng Provincial Championships in August, Nhleko qualified for the National Championships and thereafter the Olympic Hopes Cup, representing South Africa on the international stage in Czech Republic. The Olympic Hopes Cup took place from 26 November to 1 December 2019, where she went into the final with the lowest score amongst the eight competing gymnasts. However, in the final she was able to put out her best performance to claim the silver medal and put South Africa on the board.

“One of the most important lessons I learned is that you can’t let your mind dictate to the body what is possible and what not. You got to be fearless. The secret is not to overthink things. It must be like when you are young. Do first and worry later,” Nhleko told Tuks Sports website.

Nhleko will be in action again at next year’s African Championships, where she will hope to continue her winning streak.