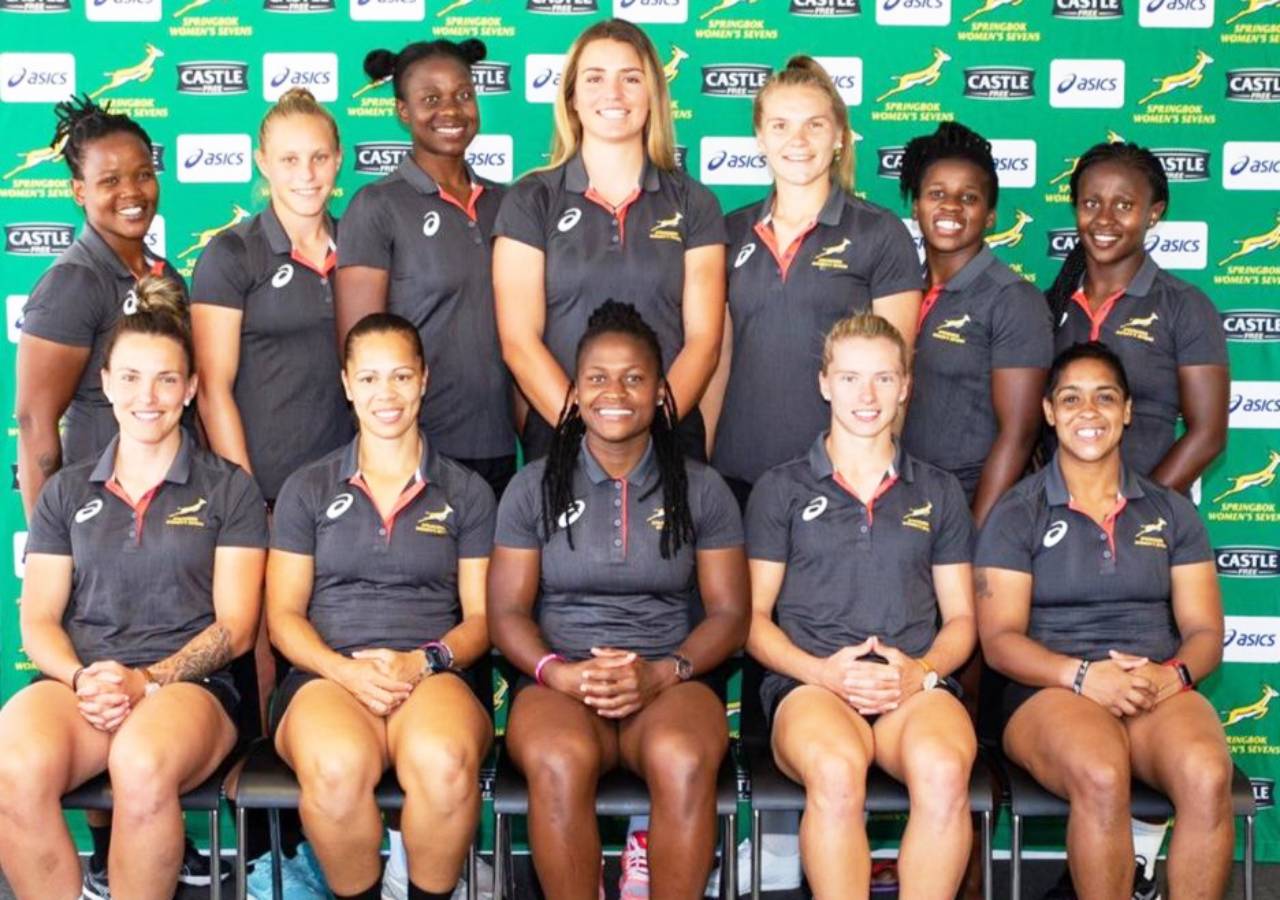 With the 12 women’s teams counting down the hours until they make their debut at the HSBC Cape Town Sevens on Friday, 13 December 2019, the squads for the third round of the HSBC World Rugby Sevens Series 2020 have been announced.

South Africa is the 11th country to host a round of the women’s series since it began in late 2012 and Cape Town the 16th location after Dubai, Houston, Guangzhou, Amsterdam, Atlanta, Sao Paulo, Langford, London, Clermont-Ferrand, Sydney, Las Vegas, Kitakyushu, Paris, Glendale and Biarritz.

With Cape Town coming hot on the heels of the Emirates Airline Dubai Rugby Sevens last weekend, it is the first time since the 2015-16 season that the women’s teams have had back-to-back events on the series.

The 40th event in women’s series history will see Canada’s Bianca Farella and Kayla Moleschi draw level with New Zealand’s regular captain Sarah Hirini – who on Thursday became the first female recipient of the Tom French Memorial Maori Player of the Year award in its 70-year history – as the most-capped players with Cape Town being their 36th event.

It will also be an occasion that South Africa’s women will never forget as the Imbokodo play on home soil for the first time. The invitational team for this weekend’s event, it will be South Africa’s first appearance on the series since Dubai in late 2017 and captain Zintle Mpupha simply cannot wait.

“We really hope to have a huge crowd when we play as we want to show our hearts.” – Springbok Women’s Sevens captain, Zintle Mpupha.

“This is new to us being at home and we are all terribly excited and nervous,” Mpupha said. “We know two things – this group will play with massive heart and we will not give up.

“We realise the pace will be faster, the hits will be harder, and the split-seconds will even be less. But knowing that we will be playing in our stadium, in front of our crowd, with our emblem and flag on the jersey, will give us massive energy and encouragement.

“We really hope to have a huge crowd when we play as we want to show our hearts, our guts and our talent to those who came to support us.”

The Imbokodo, who will face Dubai champions New Zealand in their opening match at Cape Town Stadium, have also received some advice from South Africa’s Rugby World Cup 2019 winning captain Siya Kolisi, who Mpupha said told them “not to worry about what other people might think or say, but to keep believing in what we want to achieve.”

South Africa will have six series debutants in their squad as they prepare to face the Black Ferns Sevens, Russia and Fiji in Pool A, with Zenay Jordaan and Mathrin Simmers the only players with event appearances in double figures.

The action gets underway at 14:00 local time (GMT +2) on Friday with the first round of pool matches, starting with Australia’s encounter with England.

Tickets for Friday and Saturday play are available online at www.computicket.com, at their various outlets nationwide, or at participating Shoprite/Checkers stores across South Africa.

Photo 1 Caption: The Springbok Women’s Sevens team will be in action at the 2019 HSBC Cape Town Sevens tournament at Cape Town Stadium from Friday, 13 December to Sunday, 15 December. Photo: @WomenBoks on Twitter