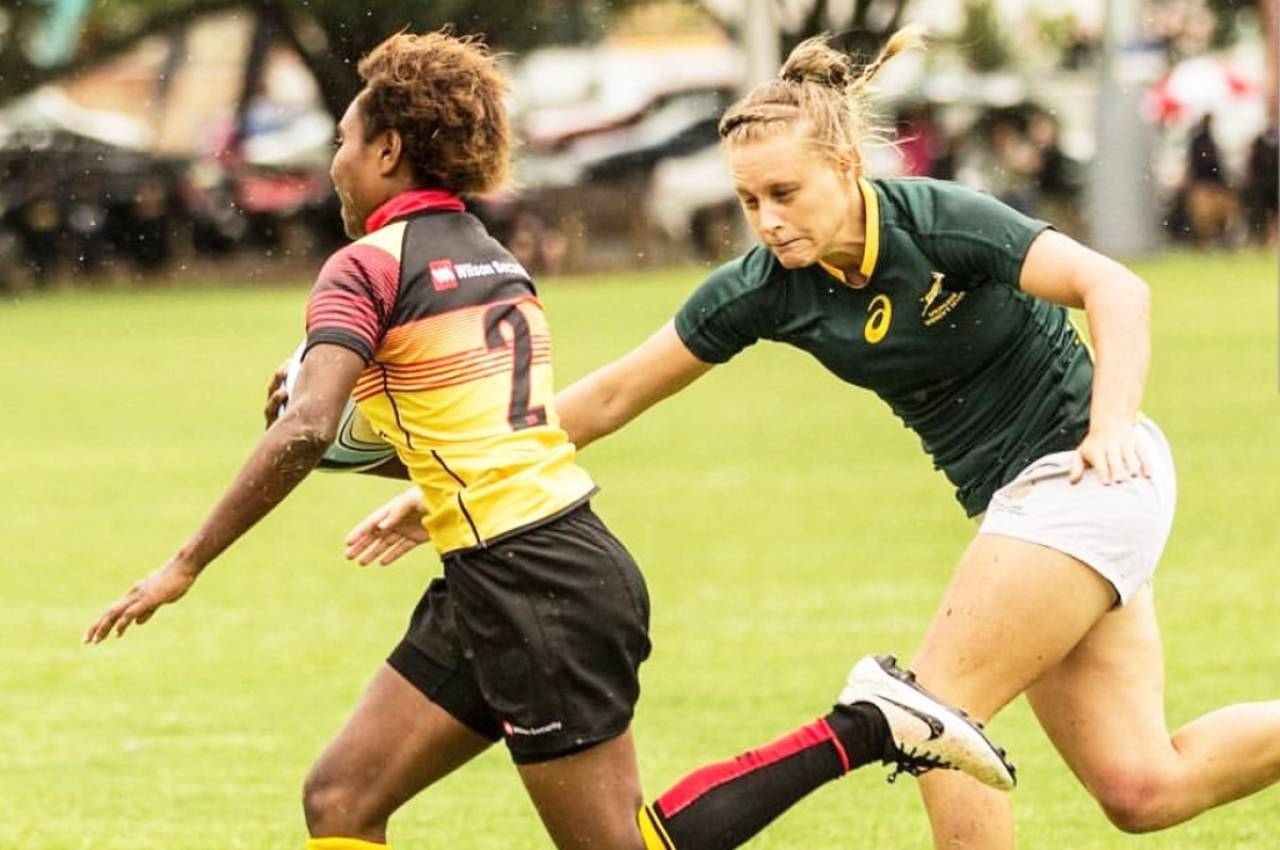 The crowd at the HSBC Cape Town Sevens – where #anythingcanhappen – will experience the skill and abilities of the best women’s teams for the first time on Friday, 13 December 2019, but they will also will be able to see their own Springbok Women’s Sevens team in action over the three days.

The Imbokodo, as they are nicknamed, have been hard at work at their base in Stellenbosch over the last couple of months and backline player Eloise Webb believes that will benefit them when they face New Zealand, Russia and Fiji in pool play.

Webb, who has played in two HSBC World Rugby Sevens Series tournaments (nine matches) and represented her country at the Commonwealth Games and Rugby World Cup Sevens, has experienced the pace and tempo of the top tier and said they worked hard to be able to live with that.

“We prepared well,” said Webb, who hails from East London and played provincial netball and cricket as well.

“The decision not to go and play in Dubai last weekend was a good one, as we don’t have a big squad and there was the risk of injuries. Everyone is healthy and ready to go.”

“We train just as hard as the men and put in the same hours, so in that regard it is rewarding to be able to play here.” – Imbokodo backline player, Eloise Webb.

The players understand that they can ‘introduce’ themselves to South Africa when they play in front of their home crowd this weekend.

“We train just as hard as the men and put in the same hours, so in that regard it is rewarding to be able to play here. We are very excited,” said Webb, who attended previous HSBC Cape Town Sevens tournaments as a spectator and added she can’t wait to be on the field this time around.

“As a spectator, it was already something special to be here at this tournament, so I cannot wait to experience that vibe and energy coming from the crowd while actually playing. I know the other women in our squad feel the same.”

Webb said the focus will be on executing their game plans: “We have some set plays that we worked on and I feel confident that we can get things going. We are playing the best team in the world first up, so the challenge will be massive, but that is why athletes train as hard as they do, you want to be able to compete against the best.”

With 52 matches and 111 points, Zenay Jordaan is South Africa’s leading points’ scorer in the HSBC World Rugby Sevens Series and could extend her tally this weekend. She is also the most experienced Imbokodo player of all time.

South Africa has played New Zealand five times before and is yet to beat them. They last met in Dubai in 2017, with New Zealand winning 40-0.