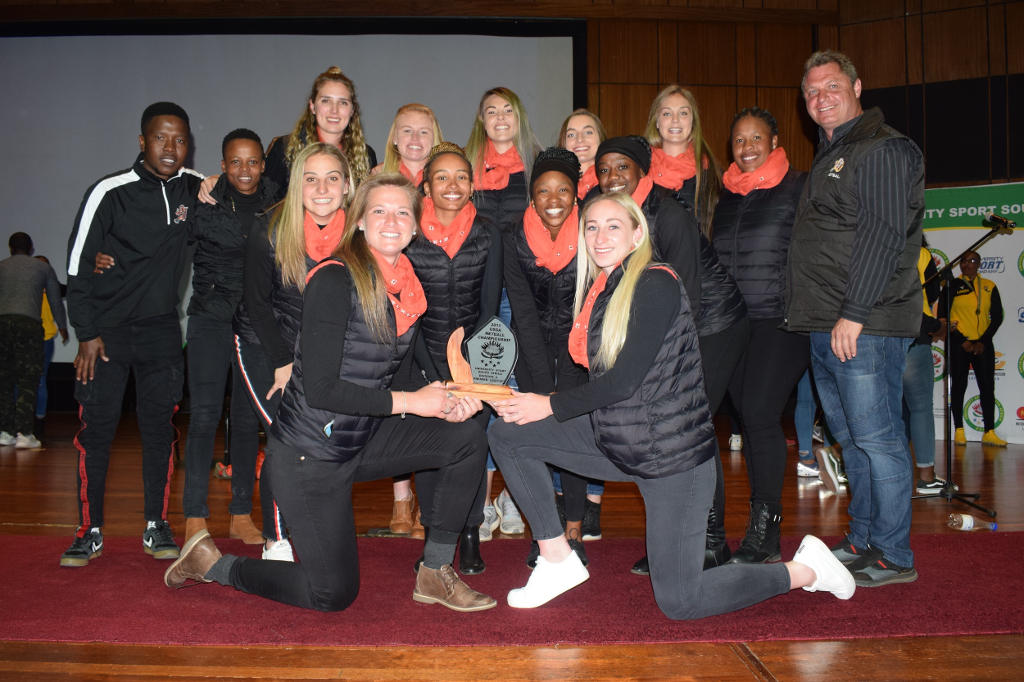 The University of Johannesburg netball team will continue to strive for promotion after narrowly missing out on their goal at the University Sport South Africa tournament early this month.

The event took place at Wits in Johannesburg from July 1 to 5 and head coach David Maree said they were delighted to achieve one of their targets, which was to win the Premier A section.

“Everyone was very excited at that outcome as it was a big goal in 2019,” he said. “Unfortunately we lost the promotion-relegation game against University of Western Cape 45-44 and thus will still be part of the Premier league in 2020.”

UJ were one of six teams who competed in the Premier A section, which involved round-robin matches and then a knockout phase.

“We worked hard to secure the win in the Premier A section,” said Maree. “It was unfortunate to lose out in the promotion match by one point, but it is still our aim to play in the Super league A section. We will continue to work towards that.”

He added that their most impressive performances during the week came against Tshwane University of Technology, who were their closest rivals in the section.

“It was tough and those were two exciting encounters. Due to the tournament format we played them twice before claiming the title, so that was something of which we were proud.

“Going into the week I asked the players to perform to the best of their ability. We have set high standards and all the team members were prepared to be and act like winners. You can’t be a winner if you don’t believe you are one.

Maree put their success down to a “total team effort”.

“There was an incredible team spirit among the players and the team stayed motivated and kept focused on their ultimate goal.

“But I must commend Beverly Moyake on an outstanding tournament. She has been a key player in our defensive structure and was selected for the Dream Team.”

As UJ netball was in a rebuilding phase Maree felt their USSA achievement confirmed that management had put in place the right foundation to grow the players.

“The players will develop together, producing a bond that creates a positive spirit and a winning environment.

“I am a firm believer that hard work always pays off. This is the start of greater things for UJ netball and the success will serve as motivation for the players to stay loyal and focus on their goals.”

Besides Moyake’s selection to the Dream Team, she, Kaylin Pienaar and Naledi Peters were included in the squad for the Confederation of University and College Sports Association Games (CUCSA), while Pienaar and Ntabisheng Masehle were named in the SA U19 squad.

Peters, who played for the UJ second team at USSA, was included in the tournament’s B section Dream Team.

Pienaar and Brittany Abdinor will represent South Africa in the U23 Action Netball tournament in August.

← Fine Form Continues as Proteas Make It 4 Wins From 4 Matches Smith Out for No.1 Spot at MTB Race in Scottburgh →