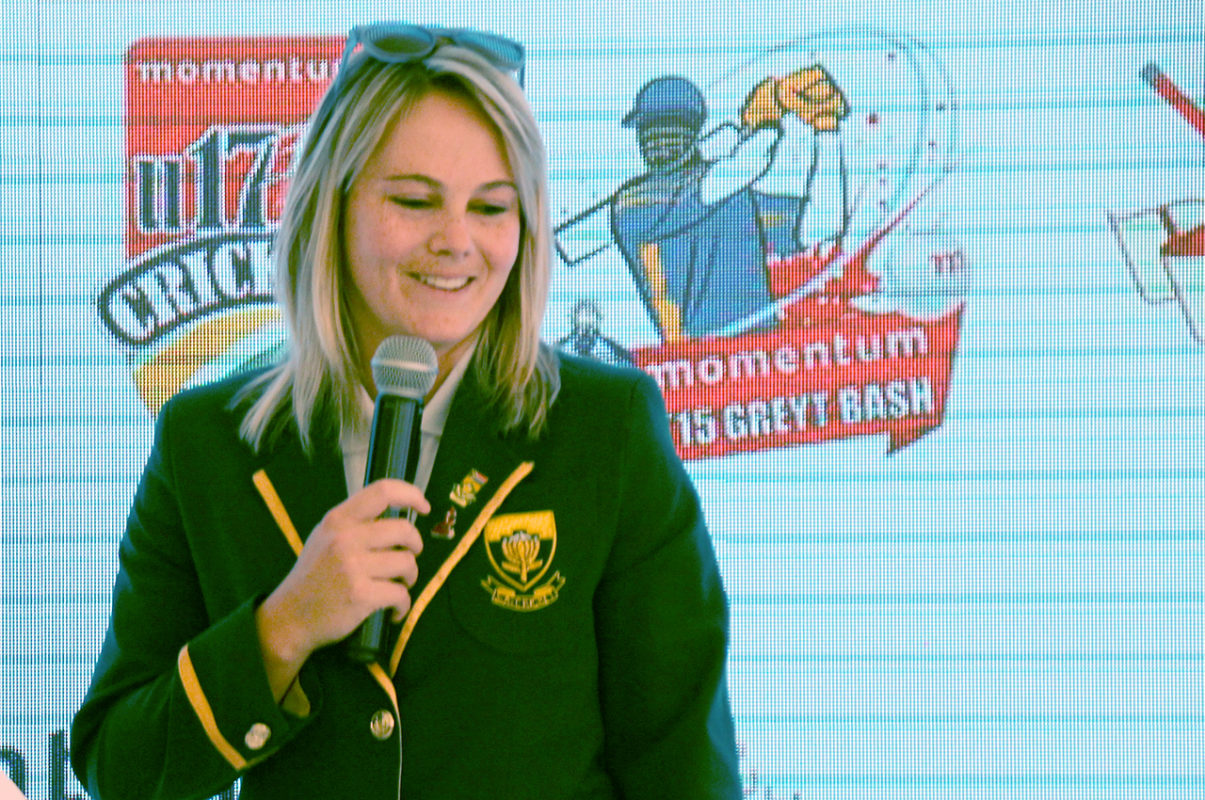 Proteas women’s captain, Dané van Niekerk announced her return to action after a hip injury in fine style with an unbeaten fifty from 40 balls and a wicket to spearhead the South Africa women’s Emerging team to a series-clinching, six-wicket victory against Bangladesh emerging at Harmmanskraal on Thursday, 1 August, 2019.

The home side take an unassailable 2-0 lead in the three-match sequence.

Chasing the visitors’ 119/4, van Niekerk smashed six fours and a six to steer her team towards success after they lost their top four for less than 20 runs each.

Tazmin Brits, Trisha Chetty, Nadine de Klerk and Lara Goodall were dismissed for 18, 12 and seven, respectively when van Niekerk stepped to the crease and took the match into her own hands.

With their 52-run, fifth-wicket stand, the national captain and Faye Tunnicliffe (20* off 21 balls) moved their side from 68/4 in the 13th over to victory, with three balls to spare.

Earlier in the match, Nigar Sultana (44), Sanjida Islam (33) and Fahima Khatun (26) top scored for Bangladesh when they were put in to bat by de Klerk.

Tumi Sekhukhune once again led the attack in the tough bowling conditions, returning figures of 2/23 with support from van Niekerk (1/15) and Evodia Yekile (1/22).

The third and final match of the tour will take place on Sunday, 4 August at the same venue.

South Africa will look to finish strong with a clean sweep, while Bangladesh hope to salvage the last match and return at least one positive result.

The match can be live streamed on Cricket South Africa’s YouTube channel from 12:45. Play starts at 13:00 (SAST).

Photo 1 Caption: A file photo of Proteas skipper Dané van Niekerk, who announced her return from injury in fine style, smashing six fours and a six to steer her team to a six-wicket victory against Bangladesh for their second win in two matches. Photo: gsport