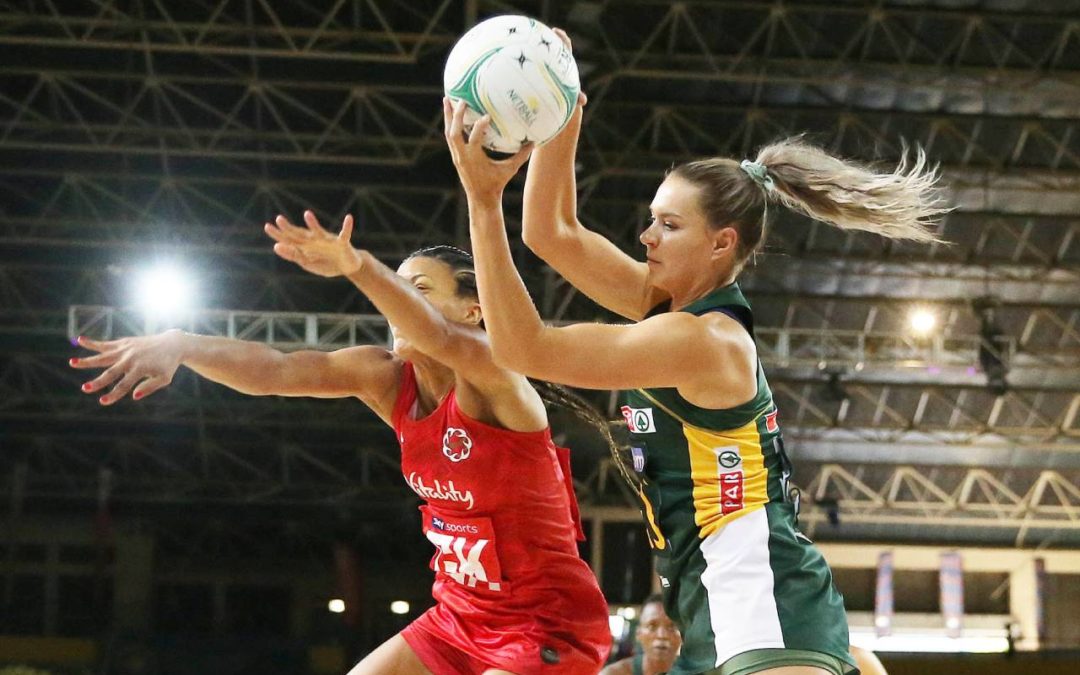 The two teams were level on 51-all at full time. It was a hard-fought encounter between the Commonwealth champions and the African champions. After the first quarter, the Vitality Roses led 15-12. South Africa drew level midway through the second quarter (18-18), but a flurry of unanswered goals put England ahead by 28 goals to 23 at half time.

New head coach Dorette Badenhorst brought on some fresh legs in the third quarter, with Khanyisa Chawane, Izette Griesel and Lefebre Rademan, replacing Bongi Msomi, Monique Reynecke and Renske Stoltz. The changes worked, as the SPAR Proteas fought back well, winning the quarter by 17 goals to 11 to snatch a narrow 40-39 lead.

There was a ding-dong battle in the final quarter. England pulled ahead after five minutes and then scored three consecutive goals. The SPAR Proteas responded well and inched ahead, 48-47 with five minutes to go and maintained their lead until the last two minutes, when the Vitality Roses caught up again.

“I thought we played some brilliant netball and we will take confidence going into the next two matches.” SPAR Proteas head coach, Dorette Badenhorst.

The SPAR Proteas appeared to be thrown by having to play extra time and lost the intensity with which they had played earlier. The Vitality Roses won the first seven minutes 6-5, but then stormed ahead to win the second seven minutes 6-2.

“It may be my inexperience as a coach, but I was surprised by having to play extra time,” said Badenhorst.

“But although we lost, I thought we played some brilliant netball and we will take confidence going into the next two matches. Rome Dreyer was fantastic at centre and our defence was very good. Our centre court players achieved some very good turnovers, but we lost the match because of some poor passes.

“Congratulations to the Vitality Roses, who stuck to their game plan and kept up the pressure when we lost focus.”

The second match in the SPAR Challenge series will be played on Saturday at 3pm, and the third on Sunday at 1pm.