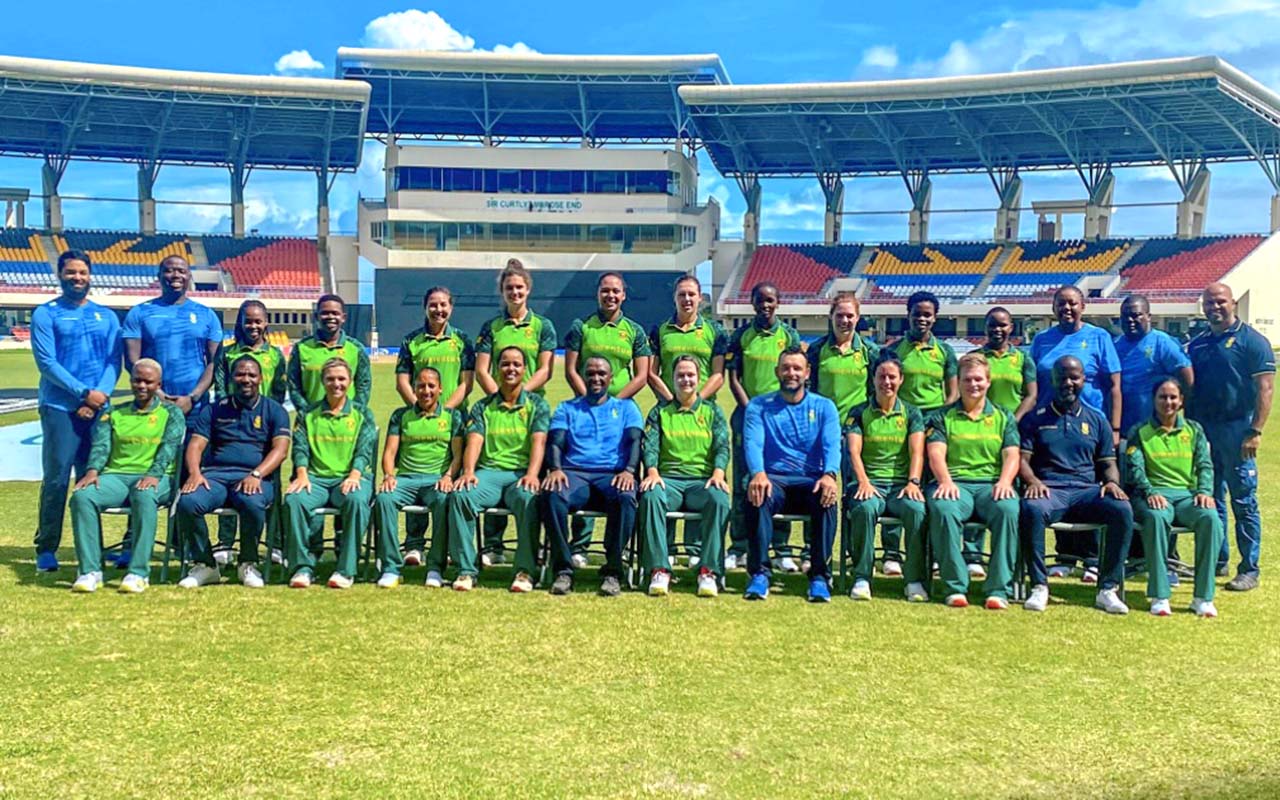 The Momentum Proteas ended their outstanding tour to the West Indies losing their dead-rubber last One Day International at Sir Viv Richards stadium on Sunday, 19 September 2021.

Stand-in captain for West Indies, Deandra Dottin, starred with the ball as the hosts notched up a stunning Super Over win over the Proteas Women to end the five-match series 4-1 via the one-over eliminator.

After both teams finished on 192 from their 50 overs, the Proteas only managed to put up six runs in their Super Over. In reply The Windies needed just five balls to reach the reviewed target.

Earlier in the match Lizelle Lee and Tazmin Brits put on 112-runs for the first wicket partnership to set the Momentum Proteas on their way to what looked like a series sweep over West Indies Women, but some fine bowling from the hosts managed to bring them back into the encounter.

The hosts won the toss and opted to bat and managed to post 192 for five in their 50 overs, with Rashada Williams and Hayley Matthews the key figures to their innings after they scored 78 (135 balls, 5 fours) and 48 (4 fours) respectively. Nadine de Klerk was the most successful of the visiting bowlers, a career-best three for 33 in 10 overs.

The Proteas Women opening duo were in destructive form as they moved towards the total with Lee leading the charge with an impressive 61 (78 balls, 5 fours 1 six), while Brits missed out on a half century with 48 (90 balls, 6 fours).

The former was the first lose her wicket as she attempted a sweep shot from Qiana Joseph’s bowling, only to be caught by Williams at shot fine leg. After her dismissal, Brits soon followed as she was brilliantly caught at mid-off by Chinelle Henry off Sheneta Grimmond’s bowling.

The Windies bowlers found some life in the middle stages of the Proteas innings when they picked the key wickets of Lara Goodall, Dane Van Niekerk and Chloe Tryon in quick succession to stifle the Proteas chase.

Needing 54 runs with five wickets in hand, the experienced Mignon du Preez was integral with a gutsy 46 off 59 deliveries and 16 not out by Sinalo Jafta that ensured South Africa tied the match with the last ball of the innings.