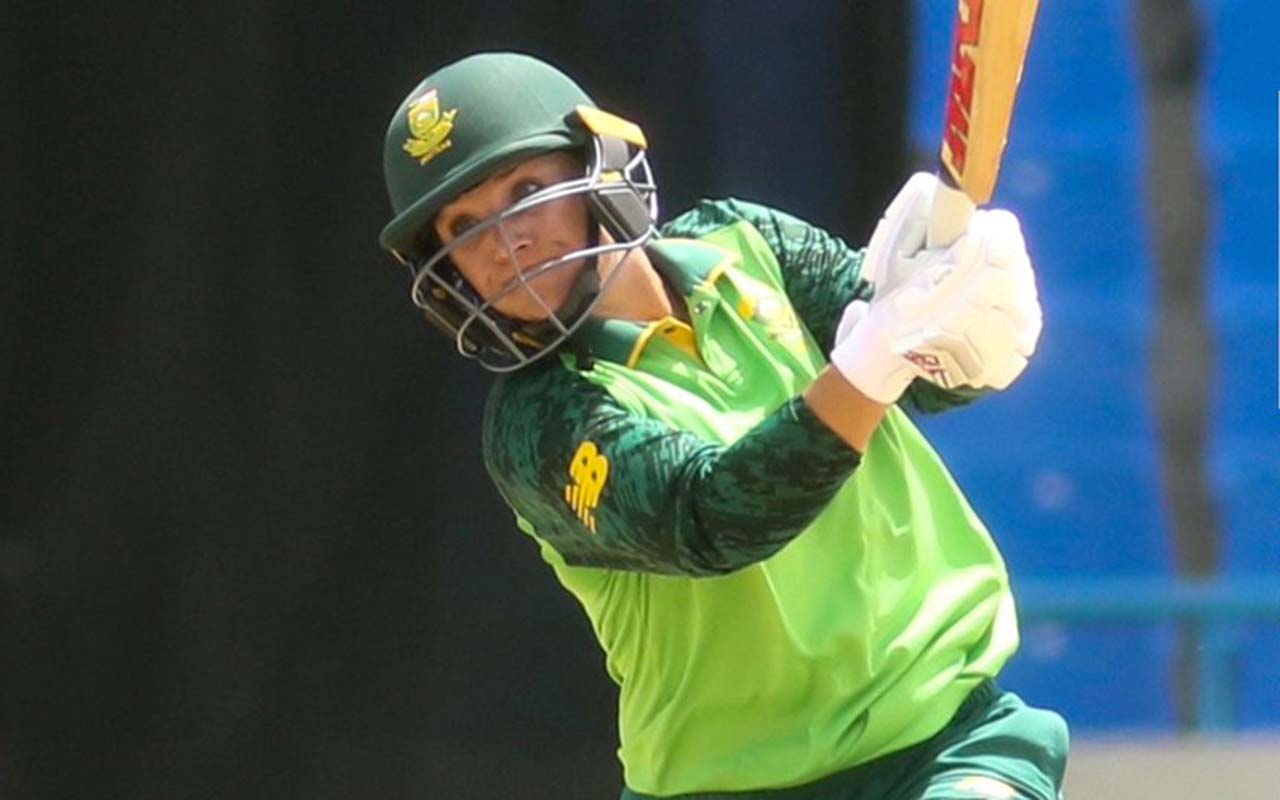 The Momentum Proteas are eyeing a 5-0 series whitewash against West Indies after victory by 35 runs in the fourth match of the ODI series, at the Sir Vivian Richards Stadium, in Antigua, West Indies on Thursday.

Mignon du Preez made the most of conditions after the visitors were put in to bat, producing her sixteenth half century, scoring 65 from 91 balls, including five fours.

Opener Tazmin Brits 30 (56) and Sinalo Jafta 28* (46) also made notable contributions in a low-scoring affair, helping the visitors to post 185/6 in the first innings.

Chasing 186 to win, opener Rashada Williams 42 (90) did well until she was run out by a Dané van Niekerk and Sinalo Jafta combination, but she couldn’t find anyone to stay with her, West Indies losing wickets at key stages of their innings.

South African captain, Van Niekerk, was the pick of the bowlers, taking 3/23, and the SA skipper was well supported by Masabata Klaas (2/25), restricting the West Indies to 150/9.

With a result that extended the series lead to 4-0, Hilton Moreeng’s charges are now presented a rare white-wash opportunity to close out the tour.

The last match of the Proteas Tour to the Caribbean will be played at the same venue in North Sound on Friday.

Photo Caption: Mignon du Preez was the Momentum Proteas’ batting highlight at the Sir Vivian Richards Stadium, as the visitors racked up their fourth consecutive ODI win over the West Indies in Antigua on Thursday. Photo: Cricket South Africa (Twitter)