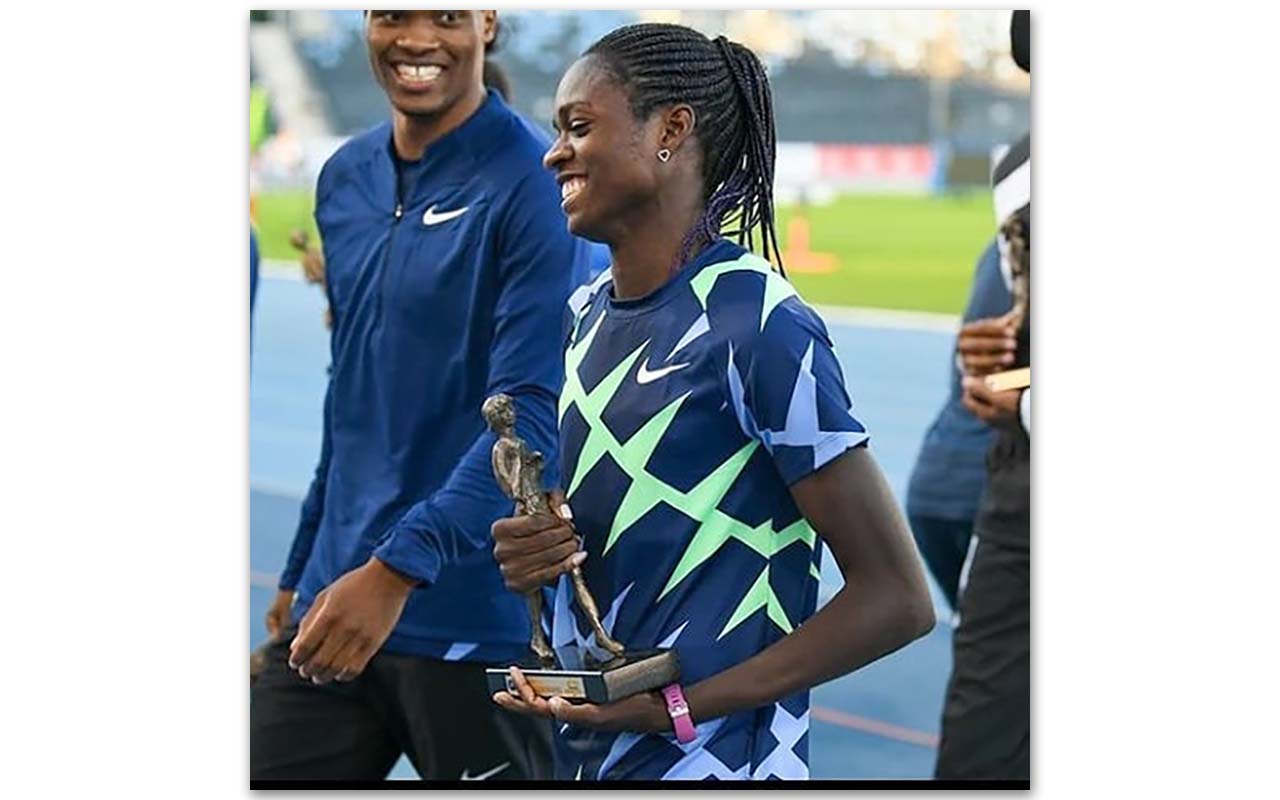 The 18-year-old continues to prove that she is too good for the Jamaicans.

This was Jackson’s third defeat to the Namibia sprinter who scorched to a meet record of 22.04 which was 0.05 quicker than Allyson Felix’s meeting record that has stood since 2012.

This win means that the Namibian has won all her races in Europe, and the teenager has enjoyed the experience.

“All my races in Europe were great, and it was a great experience. I am happy that my technique has improved, and yesterday race was my best race even though I didn’t get a PB.”

She will complete her season in Nairobi, Kenya, where she will be taking part in the Kipkeino Classic Continental Tour Gold Meet this weekend.