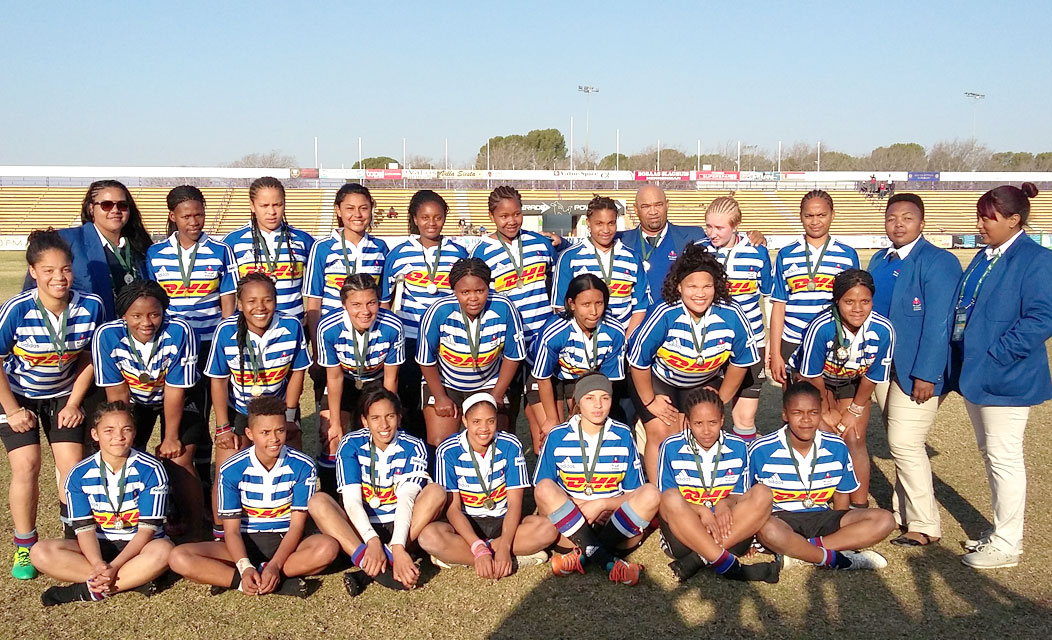 Western Province on Friday powered their way to a 15-13 victory against Border in the final match of the National Girls U18 Week to take the spoils in the third edition of the tournament at the HT Pelatona Projects Stadium in Welkom.

The final match was gripping as both teams tried to make their presence felt up-front with their physical forwards while they spread the ball wide to their speedy backs in the hope of running in tries.

The Cape side struck first with a converted try, but Border hit back minutes later as they found space out wide and scored, but the conversion was unsuccessful. A penalty goal, however, pushed them into a narrow 8-7 lead.

Western Province had an opportunity to sneak their way back into the lead shortly before halftime with a penalty goal, but the strike was unsuccessful.

The Capetonians scored their second try early in the second half thanks to the raw pace by their backs, and they continued to apply pressure on the defending champions as the game progressed by retaining possession and running hard at the opposition.

Handling errors close to the tryline at crucial times and the solid Border defence denied them from scoring again on a few occasions.

Border fought back strongly in the last quarter and earned the rewards with a well-deserved try after several phases to lead 13-12. But this was cancelled out by a Western Province penalty goal minutes before the final whistle, which sealed the 15-13 victory.

Eastern Province and Border CD were involved in a tight tussle with neither team being able to score a try. With the teams tied at 0-0 at halftime, the Eastern Cape side settled for a second-half penalty, which proved to be the only points scored in the match.

A successful conversion, meanwhile, proved to be the difference on the scoreboard between the Golden Lions and Griquas in what was another tight match, which the Johannesburg side won 12-10. Griquas took a 5-0 lead in the first half, but two tries by the Lions after the break, of which one was converted, to an unconverted try by Griquas earned them the victory.

The battle between Zimbabwe and Boland was also thrilling as the teams proved to be closely matched on attack and defence. Such was the close nature of the match the teams entered the break tied at 5-5, while a try in the dying minutes by Zimbabwe secured them a 20-15 victory. The result saw them finish the competition unbeaten.

Free State, meanwhile, registered the biggest victory of the day as they outplayed hosts, the Griffons, 50-5 thanks to an impressive display all-around, which earned them a rewarding eight tries.

The Limpopo Blue Bulls also finished the tournament on a high note as they ran in five tries against KZN to register a 29-12 victory.

The Blue Bulls dominated their clash against SWD from the outset as they ran hard on attack and capitalised on their point-scoring chances for a 33-0 victory, while the Pumas scored six tries to only one by the Leopards for their 32-5 victory.

The SA Rugby Youth Weeks will continue on Monday with the U13 Coca-Cola Craven Week and U16 Coca-Cola Grant Khomo Week being hosted at Grey College in Bloemfontein.

Photo 1 caption: Western Province powered their way to a 15-13 victory against Border in the final match of the National Girls U18 Week, played at the HT Pelatona Projects Stadium in Welkom, on Friday, 7 July, 2017. Photo: Supplied