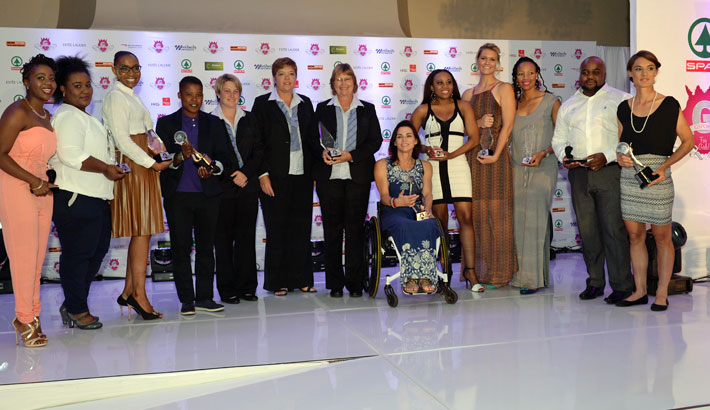 Wostmann made history this year when she became only the fourth athlete ever to win South Africa’s two most famous ultra-marathons  – the Two Oceans Marathon and the Comrades Marathon – in the same year.

She is nominated for the gsport Athlete of the Year award, alongside current Rhythmic Gymnastics Africa Champion, Grace Legote and the champion rowing pair of Naydene Smith/Lee-Ann Persse.

In the Athlete of the Year with Disability category, Ilse Hayes Carstens, the world’s fastest female Paralympian this year will challenge World Top 8 wheelchair tennis ace, Kgothatso Montjane, and long time disabled sports all-rounder, Rosabelle Riese, who Team SA flagbearer at Athens 2004,and who continues to excel in national colours.

Mashigo also finds herself shortlisted for the Woman in Media – Social Media Category, where she is up against SuperSport social media coordinator, Rikashni Rangasamy and Netball South Africa social media reporter, Nozibusiso Sibiya.

In a new category, Supporter of the Year, Orlando Pirates’ number one fan, Mama Joy, is a finalist alongside Carl Pasio and Gugu Zulu, who were both nominated by their wives for being their biggest supporters.