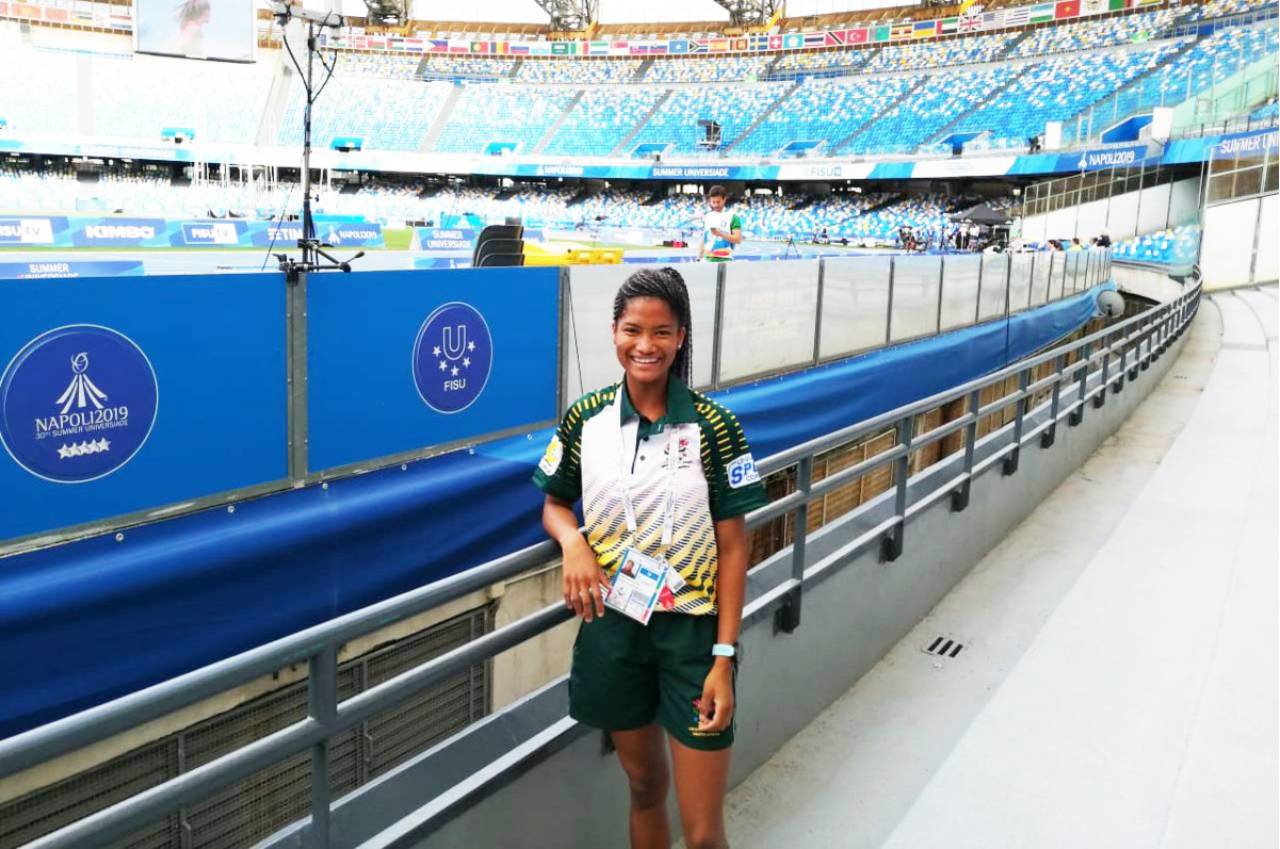 South Africa has always fancied itself to be passionate about sports and over the years has produced various world-renowned athletes.

Women’s sport is still on the rise, but over the past year, women have owned their success and elevated to a level where more people are noticing their efforts on a global platform.

The younger generation have not shied away either and are paving the way for a better future for women’s sport.

Seeking to make her Olympic dreams a reality in Tokyo, Rogail Joseph, has risen above her hardships to emerge as one of the most promising hurdles athletes in South Africa.

Having come from a disadvantaged background and eager to give her family a better life, this is one story many will nod their heads to as they read the statement.

The 2019 Momentum gsport Awards Emerging Athlete of the Year is currently aiming to take her career to the next level and make the final team South Africa squad to travel to Tokyo for the Summer Olympics.

The double finalist at the 2019 Momentum gsport Awards has been dominating the local platform since falling in love with the sport at the age of four.

She kicked off the year joining World Golf Hall of Famer Annika Sörenstam’s team for the 2020 Major Champions Invitational in Arizona in January where she made her debut.

Another gsport Awards finalist, Awande Malinga, has a growing list of accolades as she dominates the squash course.

The 2019 Tuks Squash High School Girls’ Champion is one of the most exciting junior squash players in the country.

She is a multiple champion, and ranks in the top 10 in South Africa, boasting a streak of impressive records to back her impressive ranking among the country’s outstanding female squash players.

Minentle Miya is South African’s youngest chess ace and completed a treble of national awards when she won the regional and the provincial School Sports Athlete of the Year and School Sports Star of the Year at the Momentum gsport Awards.

Despite her age, Miya has shown to be a force to be reckoned with on the chess table as she also competed with both boys and girls who were much older than her and went on to beat them.

With a strong foundation set, expectations have risen as she continues to find her way on the global stage.

On the note of chess, another eight-year-old star beginning to top the ranks is Kajol Naidoo.

The young Naidoo who hails from Johannesburg earned a gold medal at the African Youth Chess Championship in Windhoek, Namibia, proving that she is eager to take on the world with her outstanding chess skills.

As she currently holds the Under-Eight Girls’ African Youth Chess Champion gong, the young sensation has received a huge amount of praise from the public and has attracted attention from the media.

Keep following @gsport4girls across social media and visit gsport.co.za daily for the latest on our women in sport and their journeys to global success.

Photo 1 Caption: A bubbly Rogail Joseph has endured life’s hardships but has been a pillar of strength for her family as she tackles the world, proving that her talent is worthy to be noticed after being named as she aims to make her debut at the Summer Olympics in Tokyo. Photo: Rogail Joseph