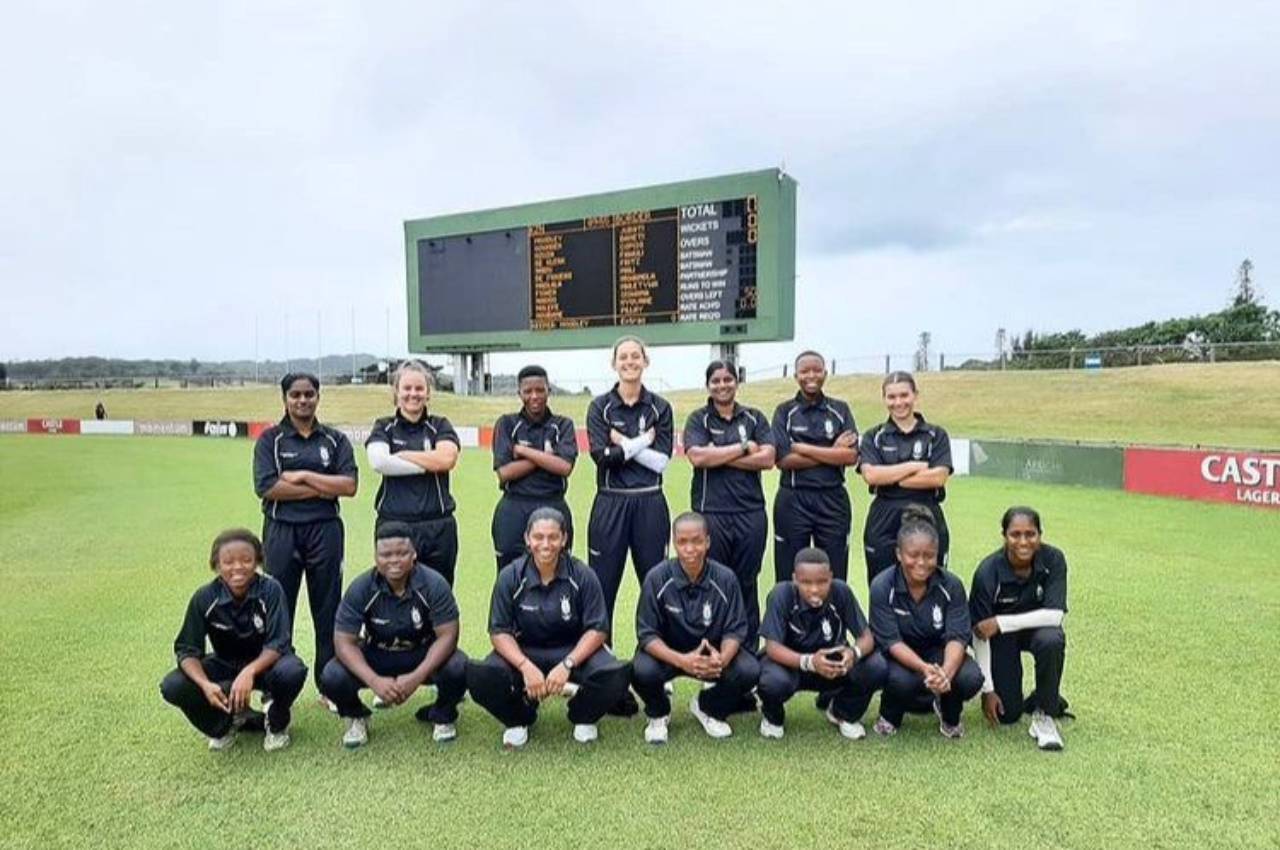 In Sunday’s sweet win, Nadine Moodley top scored for the KZN unit with a match winning knock of 127 off 136 balls (including 19 fours) as they chased down the victory target of 206 in the 48th over.

Earlier, Seshni Naidu bagged 4/20 in seven overs as KZN restricted to North West to 205/8 in their allotted 50 overs, with Tanja Cronje was once again in the runs for North West, top scoring with 89.

The victory meant back-to-back wins for the KZN Coastal unit, who brushed aside Border in their last match, registering an emphatic 10 wicket win. Jade de Figueiredo grabbed a career-best 5/10 while fellow spinner, Sisanda Ngubane, took 3/10 as Border were bowled out for 78 in the 26th overs. In pursuit of victory, KZN Coastal chased down the total in the 15th over with Nadine Moodley top scoring with 41.

The team from Durban will be delighted with their turnaround in performances after a heavy opening loss to North West last week. KZN made just 149 in 50 overs after winning the toss and electing to bat (Nthabiseng Nini took 2-26 in 10 0vers). North West got to 151/2 in 34.4 overs (Tanja Cronje top scored with 75 and her batting partner, Elandri Janse van Rensburg got 56.)

North West will be disappointed they couldn’t win on Sunday to make it three wins in three matches. The defending champions also beat Border by 26 runs on Friday. Border won the toss and elected to field. The decision seemed to pay off as North West were bowled out for 139 in the 35th over – Izelle Cilliers top scored with 42 while Tanja Cronje made 30.

Genevieve Fritz was the pick of the Border bowlers taking 5/15 in 5 overs. But North West’s bowlers were equal to the task with Alyssa Erxleben and Nthabiseng Nini taking 3/23 and 3/36 respectively to bundle Border out for 113 in the 39th over and secured victory for their team.

Due to Covid-19, the CSA Women’s Provincial League has been split into four pools and played in Bio-Secure Environments.

Pool A (Western Province, Central Gauteng Lions and Northerns) will be based in Cape Town, and will commence on 16 March.

Pool B (North West, KZN Coastal and Border) are playing in East London, and lead the season’s action.