Tsakane Mbewe’s netball hero is SA veteran goal shooter, Sindisiwe Gumede and the one thing the two have in common is their height. Tsakane is nowhere close to Sindisiwe’s towering frame, but at 1.79m tall, she is often one of the taller girls on court, and she sure knows how to use height to her advantage.
The 20 year old is making waves in the netball world with her impressive goal average, which can only improve as she get more experience at various levels.
She is a big part of the national under-21 team and has already made an impression on the national team management.
National netball coach, Burta de Kock, says of Tsakane: “She has been in the team for a short while. She also has the experience of an under-21 world cup. She is a goal attack and a goal shooter.  A very strong player with a strong shooter combination, she will be a plus point for South Africa.”
Introducing gsport’s July gSTAR, goal shooting sensation, Tsakane Mbewe!
You’ve had quite a busy year, how has it gone?
OK, in January I went to England, it was exciting travelling with the senior team, cause I told myself that I want to be there, I want to experience playing with the seniors, although I didn’t play that much, but the netball overseas is different from us.
Were these your first games for the senior women’s squad, in England?
With the seniors, yes, it was my first game for the seniors, because I also play for the Under-21’s, and we went to England in 2005.
You also had a fantastic game in the league finals in Stellenbosch against the Tornados, tell us about what it’s like to be a striker?
Being a striker is a wonderful position, ‘cause you score all those balls, but you must know one thing: If you’re not getting those balls in, then you dig a grave for yourself, ‘cause if you are not scoring the balls, the players are going to shout (at) you, and the coach…, it’s so stressful!
So, it’s a nice thing, and it’s a hard thing?
Yeah, it’s very tough (laughs).
Do you play striker for both teams?

Yes…
So how did you become a striker, is it because of your height?
Yeah, I can only say that, because in netball, if you don’t have the height, then you won’t play striker.
How tall are you?
I’m 1.79m.
So, you must be among the taller of the ladies there?

How old were you, when you started playing netball?
I was 12, when I was in primary school, grade seven.., yes, grade seven.
Did you play netball all those years?
From when I was 12 years, yeah.
What other sports do you play?
No, I only play netball, only! That was the only sport I’d play.
Where do you live?
I stay in Ivory Park, which is situated (close) to Kempton Park, and Midrand (in Johannesburg).
And you work in Midrand?
Yes.
What is your job there?
I’m a cashier, and a packer, in Mr Price Homes.
Do they know that you’re a member of the national team?

Yes.
And when you need to travel, do they give you leave to help you to go?
No, they don’t have a problem with it, as long as the SPAR Group sends a letter to them within five days, they allow me to go, whatever, wherever.

What is it about Netball, why do you love the game?
I started playing netball, because I saw Sindi playing netball, and I told myself that I want to be like that girl whose playing netball, the tallest, because I was tall too… So I told myself that I’m going to train netball, and I’m going to make sure that I play like Sindi.
When did you say that, when you were 12?
Yes, when I was twelve years old, I started playing netball a long time ago (laughs).
So, it’s a real success story, and you’ve been working long and hard?
Yeah…, I’ve been working hard… If you work hard, obviously, you can be there!
Working hard, what did you do to get into the national side?
When I went into grade eight, I met Professor Chipeya, and she took me into her school in Johannesburg, because then I trained it as a school sport. I went to the trials, and then they took me! And I am still playing in the Under 21’s.
What team is Prof Chipeya the coach of?
Coach for Gauteng Central, and he helped me start playing netball. On 9 July, we’re going to play the 5-day championships for Under-21’s, between all of the provinces, in Kempton Park.
Tell me about the league champs, where you lost to the Tornados:
The Thunderbirds is a very good team, with lots of young players. We played our best, although we lost by one in the finals against Tornados, but the matches were very very tough! We managed to win against the Cheetahs (in the semi-finals).
The final was a very tight game…
Yes, very, oh, it was a lovely game.
What are the upcoming tournaments for netball in South Africa?
Malawi is coming in July, we’re going to play them here at home, and in August, the England team is coming, and in November, we are going to the World Cup in New Zealand.
What is your career highlight?
In the 2006 Under-21 World Cup, when we were playing against Jamaica in the USA, it was nice, although we lost by three goals, that was a game I enjoyed. I scored many goals.
Who is your netball hero?
Sindisiwe Gumede!
What goals have you set yourself with your netball career?
I want to play until the age of 27, and then I will settle down. I’m studying marketing now, and I am playing at the same time.
Where have you been outside SA?
England, USA, Jamaica, Barbados … so many places. The weather is always interesting, it’s very cold in England. I like seeing the way people live in other countries.
Who is the best netball player at the moment?
Simnikiwe Malusi.
What are your hopes for 2008? 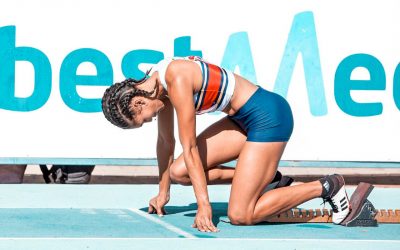