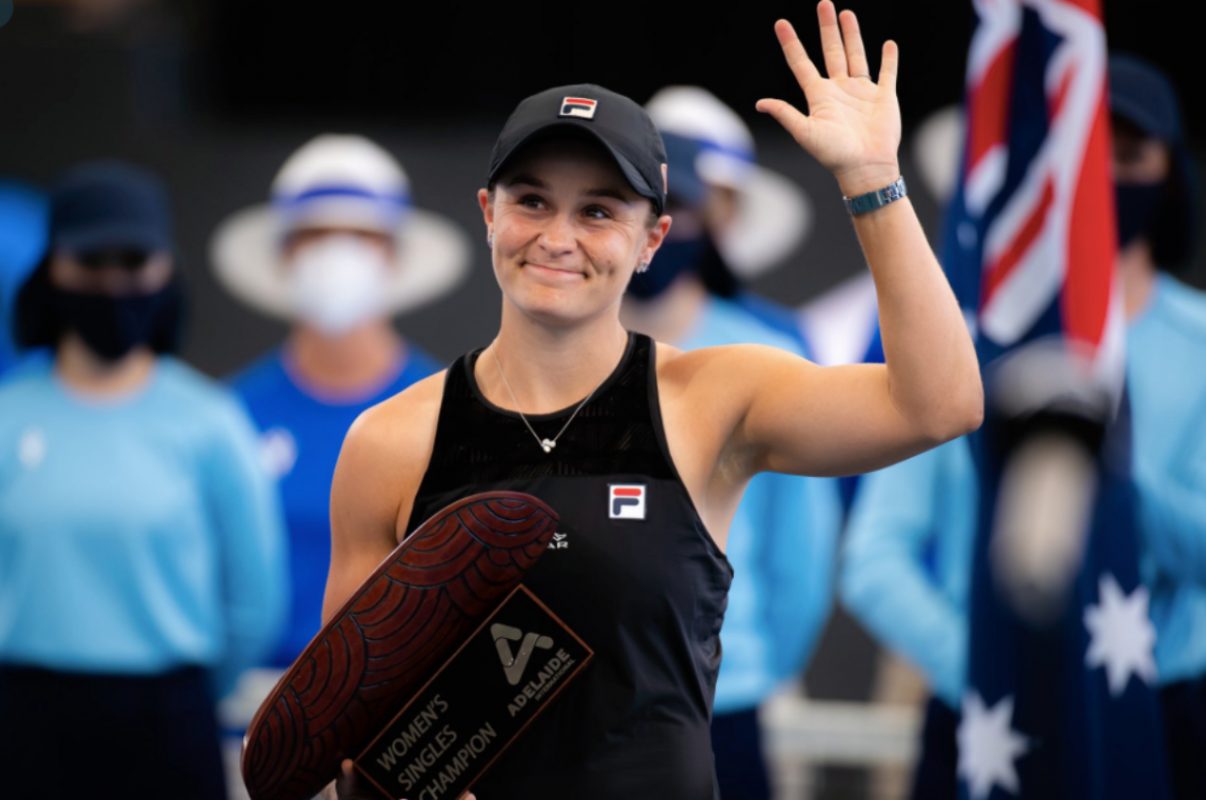 World No.1 tennis sensation, Ashleigh Barty, won her first title of the season as she saw off Elena Rybakina to claim the WTA Adelaide International Tournament title on Sunday, 9 January 2022.

Barty earned a 6-3 6-2 victory in the final after losing a set to Cori Gauff in her opener at the tournament.

The 25-year-old went on to win three consecutive matches in straight sets.

Speaking to WTA after her win, Barty said: “We’ve obviously had a brilliant week, been able to work progressively through each match.

“I got better and better. I felt like today (Sunday) there were really a few key moments early in the first set to gain momentum,” she added.

“I was really happy to be able to get a couple of early breaks in the second and run away with it.”

Barty was especially glad about the way her serve worked in Adelaide: “I probably felt like overall this week my serve has been a real weapon.”

The motivated two-time Grand Slam champion will shift focus on winning big in Melbourne, saying: “I feel good leading up to an Australian Open like I have every year.

“It has absolutely no effect on the way that I prepare or the way I’m thinking leading forward just because it’s a Grand Slam. Doesn’t change for us. We look forward, we do what we can, then we see how we go,” she concluded.

Photo 1 Caption: World No.1 tennis sensation, Ashleigh Barty, won her first title of the season as she saw off Elena Rybakina to claim the Adelaide title on Sunday, 9 January 2022. Photo: Ash Barty (Twitter)