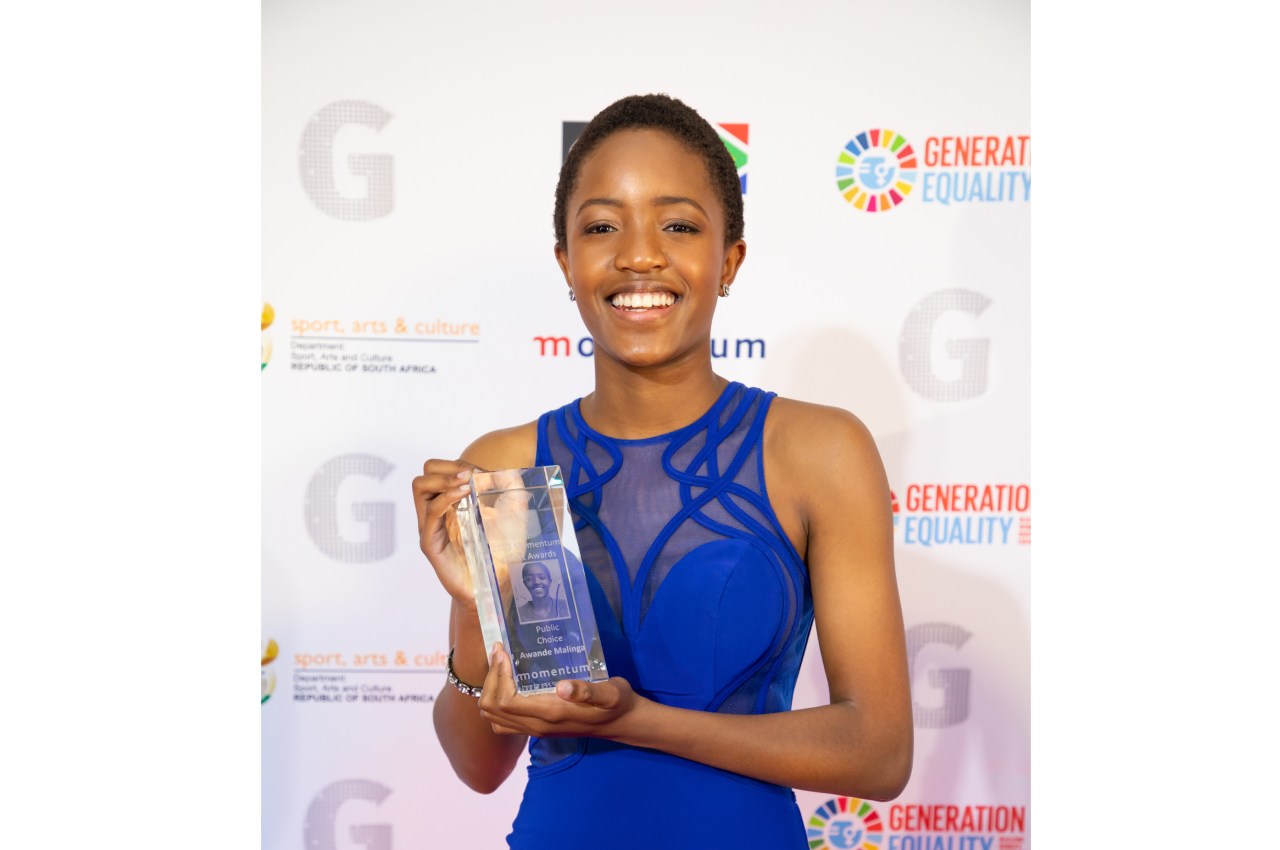 Awande Malinga Ready to Test Her Skills at Growthpoint Nationals

Exciting South African squash prospect Awande Malinga is relishing the opportunity to gauge her progress against the country’s top women players when the Growthpoint SA Nationals take place from 15 to 17 October.

The country’s premier individual domestic tournament adopts a new format this year, with eight qualifying events being held around the country before the winners of each duel for the top honours on the all-glass court at the Brooklyn Mall in Pretoria.

The 2020 Momentum gsport Awards Public Choice winner, who lives in Pretoria and is a Grade 9 pupil at Midstream College, has made her mark in the junior ranks, punching above her age – when she was 14 last year, she finished as runner-up in the U16 division.

That represented an improvement from ninth the previous year and a sure indication the Northerns teen is one to watch.

Now, in a year which has been frustrating for sports players worldwide because of Covid-19, Malinga is looking forward to some real competition.

“I am definitely excited to play against some of the top females in South Africa so I can see where I stand among them.” – South African teen squash star, Awande Malinga

She will compete in the Northerns qualifier from October 8 to 11, where she is seeded fourth, behind former pro star Farrah Sterne, Helena Coetzee and Makgosi Peloakgosi.

“I am definitely excited to play against some of the top females in South Africa so I can see where I stand among them, as well as to improve my squash game,” she said.

Introduced to the game by her father, Celumusa, she shows a certain maturity by focusing not only on results.

“I must say that playing squash is more about fun, loving the game, playing with your friends and improving my performance – it’s not all just about winning.”

But there is no denying her competitive edge when she says: “My favourite moments were Sundays where the finals would be played and I would often win a prize because that showed that my hard work had paid off at the end of the day.

“I also do athletics – sprints and long jump – and I sometimes play social table tennis. But my favourite of them all is squash where I seem to be doing the best.”

“I did better in 2019 by coming out as the best South African player among girls of all the age-groups in the teams.” – Malinga on her progress in squash.

Selected for the SA Schools team for the first time in 2017, she took part on the annual Asian tour of Malaysia and Singapore, something she repeated in 2019.

“I did better in 2019 by coming out as the best South African player among girls of all the age-groups in the teams. I finished ninth in Malaysia and sixth in Singapore.”

She has helped her school represent Gauteng North at the SA Top Schools tournament, winning all her matches at No 1, and has been the province’s top U16 player for the past three years.

Other achievements include being a quarterfinalist at 2019 SA Nationals, being the Tuks Squash High School girls’ champion in 2019 and being named the best junior squash girl in her first year in high school last year. Showing her versatility, she won the athletics Junior Victrix Ludorum at her school.

Adding to her education is the experience she has gained representing University of Pretoria in the Northerns women’s first league.

Malinga’s success in the game is undoubtedly based on the positive attitude she shows, despite the strenuous and challenging nature of the sport.

“Squash is a fun game to play for anyone. I love it that the sport is a fast-paced intensity game, improves thinking ability, improves hand-eye co-ordination and makes you fit,” she said. “You can play it until you are old.

“The everlasting love I have for the sport and the successes achieved have pushed me to do better each time. And I feel there is a lot more for me to achieve in the game.”

“I focused on improving my mental state and also working on movement, as well as racket skills and technique.” – Malinga reflects on the past few months under Covid-19 lockdown.

During the Covid lockdown, Malinga took time to review her game from different angles.

“I focused on improving my mental state and also working on movement, as well as racket skills and technique. I feel like I achieved something with that.”

As she looks ahead, she has set her sights on being the SA women’s champion and to earn her senior national colours, while she also wants to broaden her education by competing in international junior tournaments.

Malinga acknowledges this will provide challenges, not least of all the cost of having to travel overseas to learn more about her game.

“I am hoping to find sponsorship to assist me to play in events like the junior British and US Opens as these tournaments will improve my squash with the exposure of playing top juniors.

“Hopefully I can achieve my dreams of playing overseas and to become part of the national junior and senior teams in the years ahead.” – Malinga reveals her goals for the future.

She paid tribute to her support system, headed by her mom and dad, along with other family members.

“My dad continues to coach me, pushing me to my absolute limit, plus group coaches from World of Squash at Tuks, under Liz Mackenzie, have meant a lot to me,” said Malinga.

“In addition, I have fantastic backing from Tecnifibre as my main squash kit sponsor, Salming for shoes and my recovery trainers, Dr Nicole Louw [chiropractor] and Lelani Botha [biokineticist]. I owe them all a deep debt of gratitude.”

She will be hoping to repay the faith her support group have shown with an eye-catching performance at this month’s Nationals.