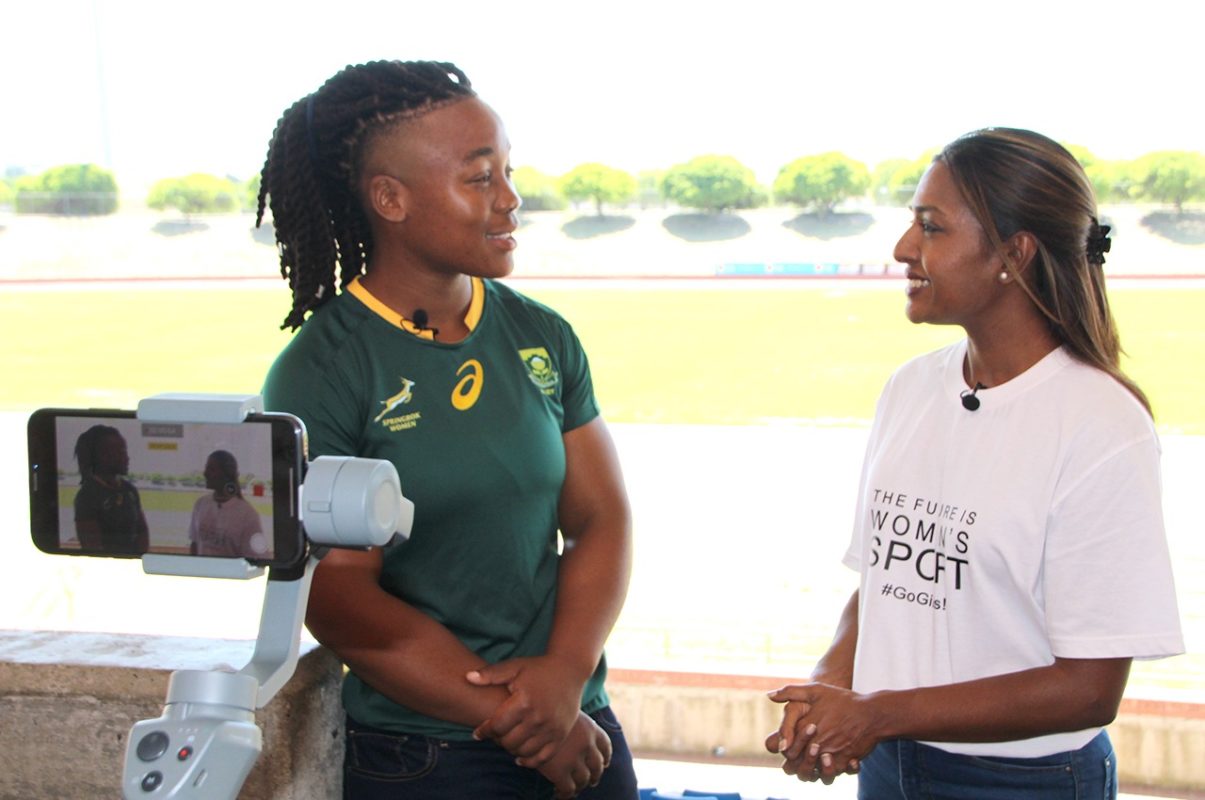 gsport Editor, Kass Naidoo, had the honour of interviewing Springbok Women’s rugby captain, Babalwa Latsha, prior to the rugby star becoming the first South African woman to sign a professional rugby contract with Eibar Rugby in Spain, and ahead of her inclusion in the first ever gsport Annual List of newsmakers.

Latsha, who hails from Khayelitsha, a township in Cape Town, has always dreamed of becoming a world renowned rugby player and has now set foot in making that dream a reality as she will commence her duties with her new team in the first week of January 2020.

Her journey over the past five years has recently resulted in her being recognised in the first-ever gsport Annual List that was released on Sunday, 29 December 2019, however, it has also been one of continuous hard work and dedication to her craft that has seen Latsha rise from playing in the Springbok Women’s Sevens team to captaining the 15’s national side.

As the 25-year-old stands in the forefront of ensuring that women’s rugby in South Africa is elevated, 2019 was a breakout year that saw her leading the team to qualify for the 2021 World Cup, which became a massive turning point for women’s rugby in the country.

“I think that our turning point was when we had qualified for the World Cup,” Latsha told gsport at University of Western Cape Sports Fields.

Springbok Women’s captain, Babalwa Latsha, chats about her journey and plans to conquer rugby on the international scene. Photo: gsport

“I think from there we managed to gather a bit of momentum. From that, I think it was long overdue, really, because South Africa has been playing women’s rugby but it’s just under the carpet, no one spoke about it.

“Now, all of a sudden, 2019 we qualify for the World Cup and things are starting to be on a more upper trajectory.”

With the ladies’ team having taken huge strides, the lack of sponsorship on the other hand, is still a major concern. It is not only a challenge that women’s rugby faces, but a common factor in women’s sport in South Africa.

“Sponsors are quite important to any sport and more important for women’s sport.

“I think that sponsors should seriously start thinking about women’s sport in general,” she emphasised.

Latsha continued to talk about her duty as the captain of the Springbok Women’s team to take the lead and fly the South African flag high on the global scene. Check out the full interview below for more!

Photo 2 Caption: The humble Springbok Women’s captain, Babalwa Latsha, has dedicated her life to leading a good example amongst her peers in rugby. Photo: gsport