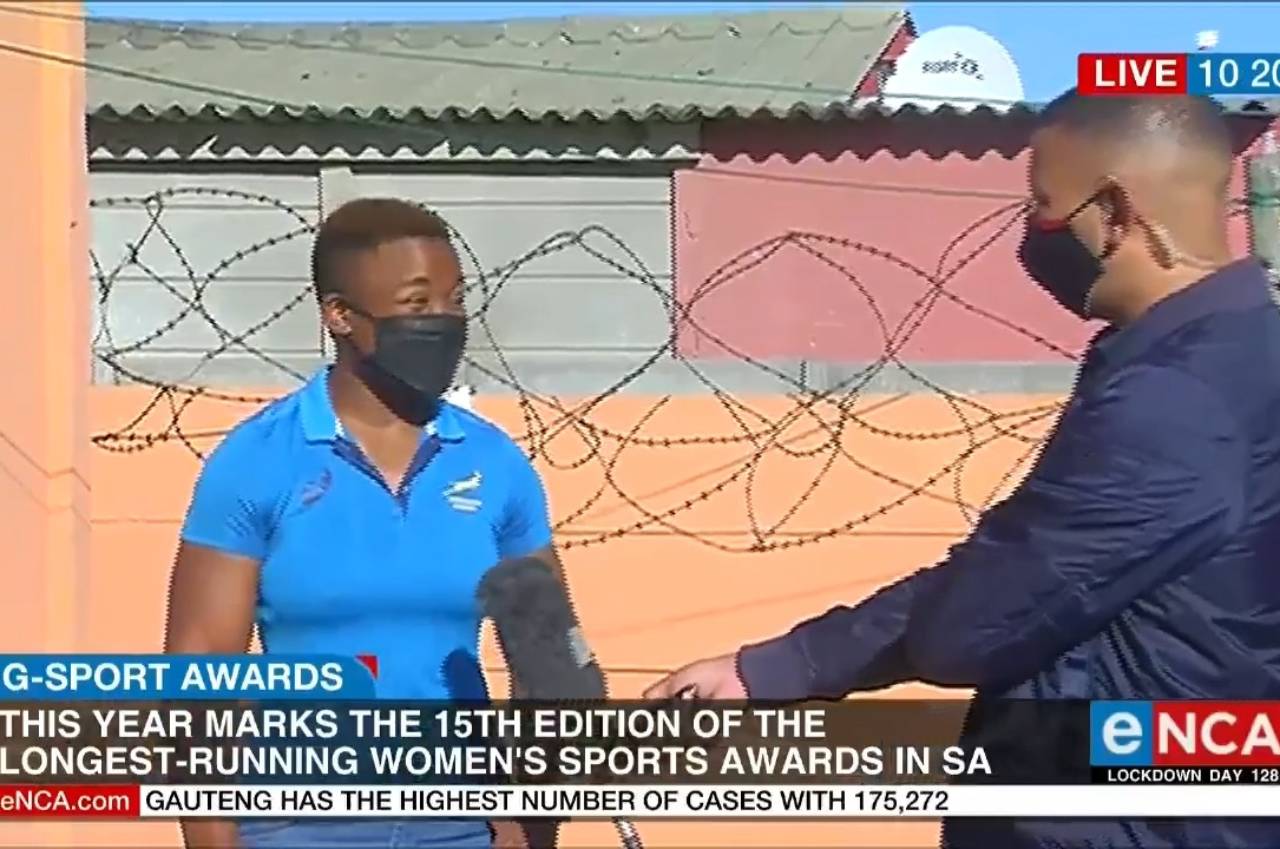 Shortly after the 2020 Momentum gsport Awards Finalists were announced, eNCA Sport Reporter, Justin Ford, caught up with triple-finalist, Babalwa Latsha, at her home in Khayelitsha, on Saturday, 1 August.

The Springbok Women’s captain was in awe with the recognition received from the public with her nominations as well as by the judges’ selection as she was named in three categories – Momentum Athlete of the Year, Woman of the Year and Global Woman in Sport.

Latsha’s recognition comes after a stellar season with the oval ball, where she led South Africa to 2021 Rugby World Cup qualification and became the first South African female rugby player to sign an international pro rugby deal with Spanish side Eibar Rugby Taldea.

“Firstly, I was quite excited about it but over and above that, I am extremely humbled,” said the 26-year-old.

“It is humbling to get this type of recognition and see that the public is out there recognising the hard work that we put into our sport as women.

“I am extremely proud and happy!”

As we begin the month of August – Women’s Month – Latsha congratulates her fellow women, especially those who have been noticed from sporting codes that rarely receive attention.

“I think sports women have always been resilient and now is as good as any time for us to start celebrating our successes.

“gsport has been doing an amazing job at that for the past 14 years, so it’s fantastic to see everyone getting recognition.” – Latsha highlights women in various sporting codes receiving recognition for this year’s #gsport15.

“gsport has been doing an amazing job at that for the past 14 years, so it’s fantastic to see everyone getting recognition and it keeps the hope alive that no matter what societal circumstances we face, we are being noticed,” Latsha added.

“We feel empowered by having this type of recognition.”

The Beast, as Latsha is commonly known in rugby circles, comes up against fierce competition in each category.

She is joined by para-athlete and double-finalist, Anrune Weyers and reigning South African women’s surfski champion and canoeist Hayley Nixon in the coveted Momentum Athlete of the Year category.

Woman of the Year is an open race, with Latsha, and leading administrators Virginia Mabaso and Sarah Braude topping the list.

And, finally, up for the Global Woman in Sport Award, she is joined by 2019 Netball World Cup Player of the Tournament and Spar Proteas star, Karla Pretorius and Momentum Proteas star batter, Mignon du Preez in a tightly contested field.