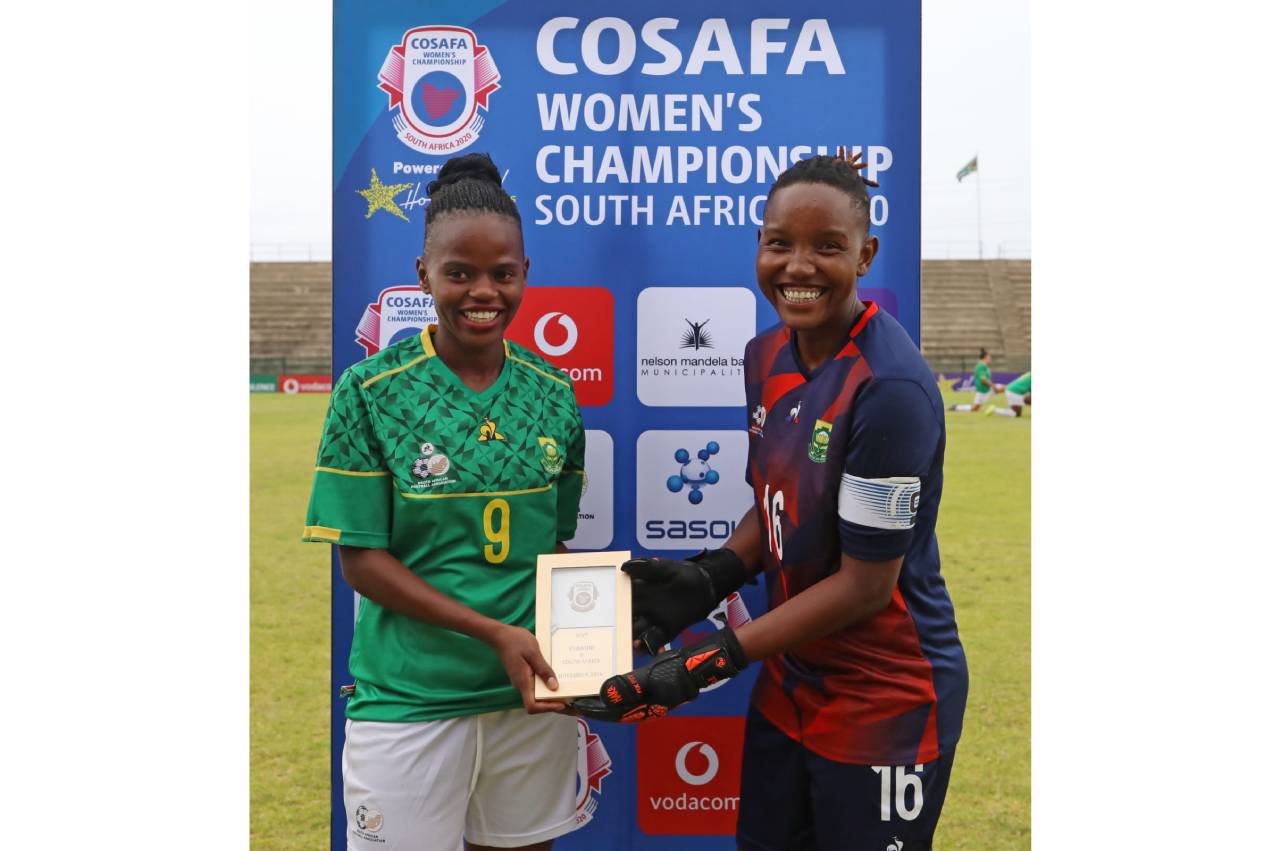 Banyana Banyana thumped a hapless Eswatini side 5-0 in their second COSAFA Cup match on Friday, 6 November 2020, to cement their intent of retaining the regional title they have won for the past three years.

Coming on the back of a good 2-0 win over Angola in the opening match, the Desiree Ellis well-oiled machine got into gear as early as the 2nd minute and by the end of 90 minutes, Eswatini were a well beaten side.

A brace each from Nomvula Kgoale whose trademark long range shots will send some early warning shots for any opponent in the tournament and enterprising Gabriela Salgado was the backbone of South Africa’s runaway victory. Sibulele Holweni chipped in with a flashing header to compound Eswatini’s miserable day.

Unlike in the opening match against Angola where they struggled to get into gear, Banyana Banyana took little time to settle and by the second minute, were a goal to the good, courtesy of a pile drive from Kgoale whose powerful low drive gave Gcinile Dlamini in goals for the visitors no chance.

South Africa had to wait until the 36th minute to go 2-0 up, this time, Holweni was at the right place at the right time to nod home a cross from Hilda Magaia.

Eswatini were never in the game and survived several nervy moments.

In the second half, Banyana Banyana started where they left off in the first half and Salgado found the back of the net with her own long range effort to make it 3-0.

It was soon 4 goals for the dominant hosts when Kgoale scored her second goal, with yet another ferocious drive that left Eswatini perplexed.

Salgado capped up a great afternoon for Banyana Banyana with another brilliant goal in referee’s optional time to make it 5-0.

Bantwana Bounce Back to Winning Ways

Bantwana claimed a 7-0 victory over Zimbabwe to get back to winning ways in the COSAFA Women’s Under-17 Championships.

Captain Jessica Wade netted a hat-trick among a late flourish of goals as Nabeelah Galant, Jade Leask, Oyisa Marhasi and Tyler Scott also found the back of the net.

It was a rampant performance and a disappointing start for Zimbabwe in their debut in the competition.