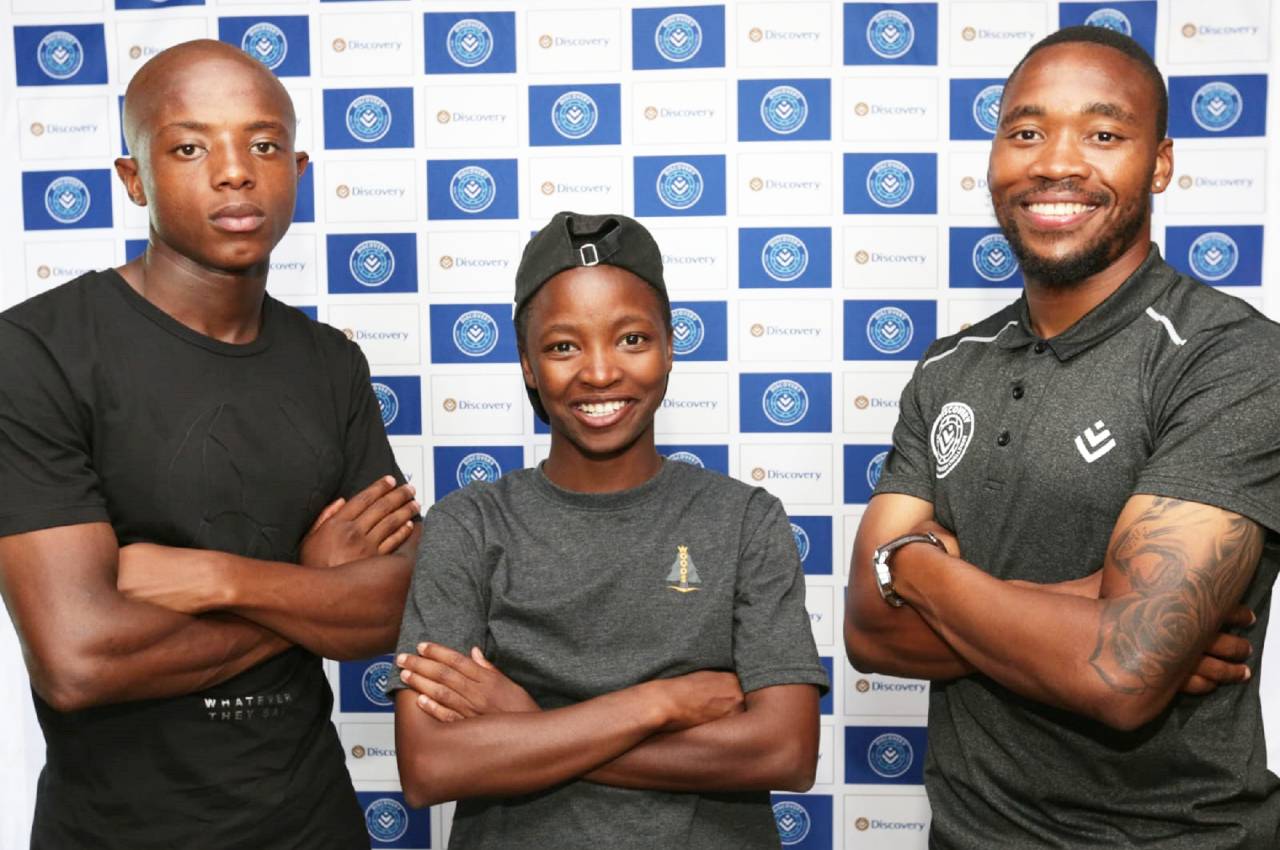 Arriving at Nike Football Centre in Soweto for the start of the 2019 Discovery Walter Sisulu Soccer Challenge on Sunday, 1 December 2019, Banyana Banyana striker Amanda Mthandi was smiling from ear to ear.

Not only was Mthandi looking forward to some exciting action on the day but she has fond memories of the tournament named after one of one of SA’s struggle heroes and as with previous years, the tournament is open to local U17 and senior teams of both women and men.

Now in its 17th edition, the tournament has launched the careers of many stars. Mthandi, who hails from Orlando East, is no exception and hers is a remarkable story, with references to the tournament.

In 2017, Mthandi was playing for Jabu All Stars women’s team and they won the Discovery Walter Sisulu Soccer Challenge, and she in turn won the heart of Banyana Banyana coach, Desiree Ellis.

On 11 November 2018 Mthandi made her debut for Banyana Banyana against Ghana at the Accra Sports Stadium – a friendly Banyana lost 1-0.

“There is so much talent that is not discovered and this is a platform to showcase your talent.” Banyana Banyana forward, Amanda Thandi.

Barely eight months later, the final year Transport Management student at University of Johannesburg was part of Banyana Banyana’s history-making squad that made their maiden appearance at the FIFA Women’s World Cup in France last year.

For Mthandi, who’s also comfortable on the wing and currently plays for UJ in the new SAFA Women’s National League, it all started at the Discovery Walter Sisulu Soccer Challenge. This tournament is without doubt a breeding ground for talent and Mthandi, still smiling, concurred.

“There is so much talent that is not discovered and this is a platform to showcase your talent,” said Mthandi, who’s one of the ambassadors for this year’s tournament.

In South Africa, the playing fields are not levelled between men and women’s football. While the former has made headway over the years, women’s football has been lagging.

The tournament, however, is one of the platforms where there’s an effort to bridge the gap considering women’s teams participate and players are being discovered there. It all augurs for the nation and Mthandi believes the Discovery Walter Sisulu Soccer Challenge is aiding the process.