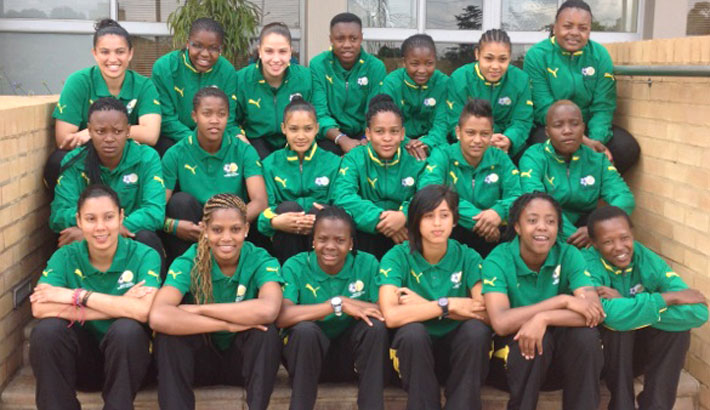 The South African Women’s National team (Basetsana) will be looking to do the nation proud in the crucial second leg FIFA U20 Women’s World Cup qualifier against Nigeria set for the Dobsonville Stadium next Saturday, 25 January 2014 (Kick-off: 16h00).

Basetsana head coach, Sheryl Botes believes her squad has what it takes to challenge the West Africans despite a 6-0 loss to Nigeria in the first leg.

Four African nations (South Africa, Nigeria, Ghana, Equatorial Guinea) will do battle in the final qualifier to determine the two continental representatives at the seventh edition of the FIFA U20 Women’s Cup set for Canada between 5-24 August later this year.

“We knew what we were up against when we traveled to Nigeria. It is unfortunate that we were travelling a day before the match and the jet-lag took its toll on the girls and we didn’t perform the way we would have liked to on the day.

“As we now look at preparations for the second leg, I am expecting a better performance from the squad and believe they can do well in front the home crowd. We urge the South African supporters to come out in numbers to show support for the girls,” said Botes.

The Falconets of Nigeria are a force to be reckoned with on continental football having qualified for every edition of the U20 women’s World Cup since 2002.  They finished as silver medalists in the 2010 edition hosted by Germany and were semi-finalists in the previous edition (2012) in Japan.

“Having played a team like Nigeria as a former player, I know the experience of playing a team of their caliber and think we have a chance of playing to our full potential,” said Botes.

Basetsana assemble for camp at the Garden Court, OR Tambo hotel from Sunday (19 January) and will train at the Edenvale Football grounds from Monday (20 January).

Photo Caption: Basetsana head coach Sheryl Botes believes that her team has what it takes to overturn a 6-0 away leg deficit conceded to the Nigerian Falconets in Abuja, to quality as one of two African representatives to the Canada 2014 FIFA U20 World Cup later this year. In this file photo, the Basetsana team pictured in December 2013. Photo: Supplied