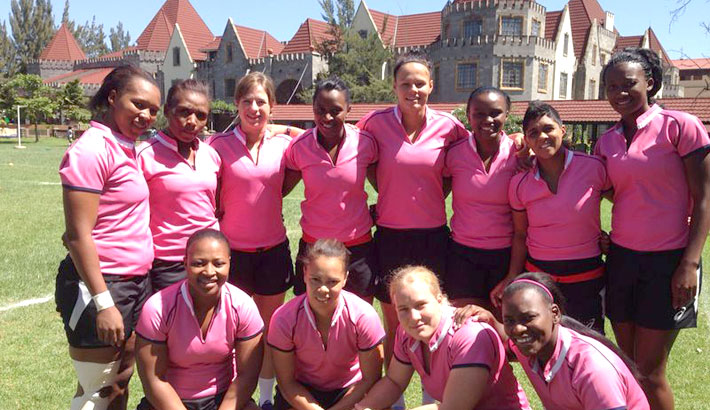 Springbok Women’s Sevens coach Renfred Dazel has warned his team to expect a tough onslaught at the Confederation of African Rugby (CAR) tournament in Kenya on Saturday as they attempt to defend their title at the African showpiece.

The Springbok Women’s Sevens have been in Kenya since Sunday for a training camp with their African counterparts, but friends will turn to foes on Saturday as the teams battle it out for the title of CAR Women’s Sevens champions.

South Africa were drawn in Pool A with hosts Kenya, Senegal and Madagascar, while Pool B features Tunisia, Uganda, Zimbabwe and Namibia.

The Springbok Women’s Sevens registered a convincing 29-5 victory in the final against Tunisia last year and also won the 2011, 2008, 2007 and 2006 titles, earning them the status as favourites going into this year’s edition of the series.

“We have performed well in the CAR Women’s Sevens over the years and we come off an encouraging third-place finish at the Hong Kong Invitational, so I have no doubt the other teams would tip us favourites,” said Dazel. “This means we will be targeted, so we have to be at our best to retain the title.”

Dazel said the tournament would also form part of their preparation for the IRB Women’s Sevens World Series leg in Amsterdam on May 16 and 17, which marks their biggest tournament of the year.

One of the team’s main goals in the next two seasons is to qualify for the 2016 Rio Olympic Games, and Dazel hopes that a strong performance in Amsterdam will impress the International Rugby Board with an eye on possibly securing a spot in the core Sevens World Series group next year.

“We have the IRB Women’s Sevens World Series coming up, so we will use this tournament as preparation,” said Dazel. “It is vital that we perform well and build our confidence because we will face the top teams in the world next month and we would like to make a statement on the world stage.”

Of the other seven teams participating in the CAR Women’s Sevens Dazel was only familiar with what Kenya had to offer after seeing them in action at the Hong Kong Invitational where they won only one of their four matches.

“We do not face these sides regularly so we know very little about them,” said Dazel. “However, we have seen Kenya play, and we will plan for that match accordingly. That said our main focus in this tournament is to implement our game plan effectively and to improve our defence, so perhaps it is a blessing in disguise that we have no choice but to work toward what we would like to achieve, rather than countering the oppositions’ weaknesses.”

Photo Caption: The Springbok Women’s Sevens squad are ready to defend their Confederation of African Rugby Sevens title in Kenya today, with fixtures against Senegal, Madagascar and Kenya kicking the tournament off. Photo: Supplied