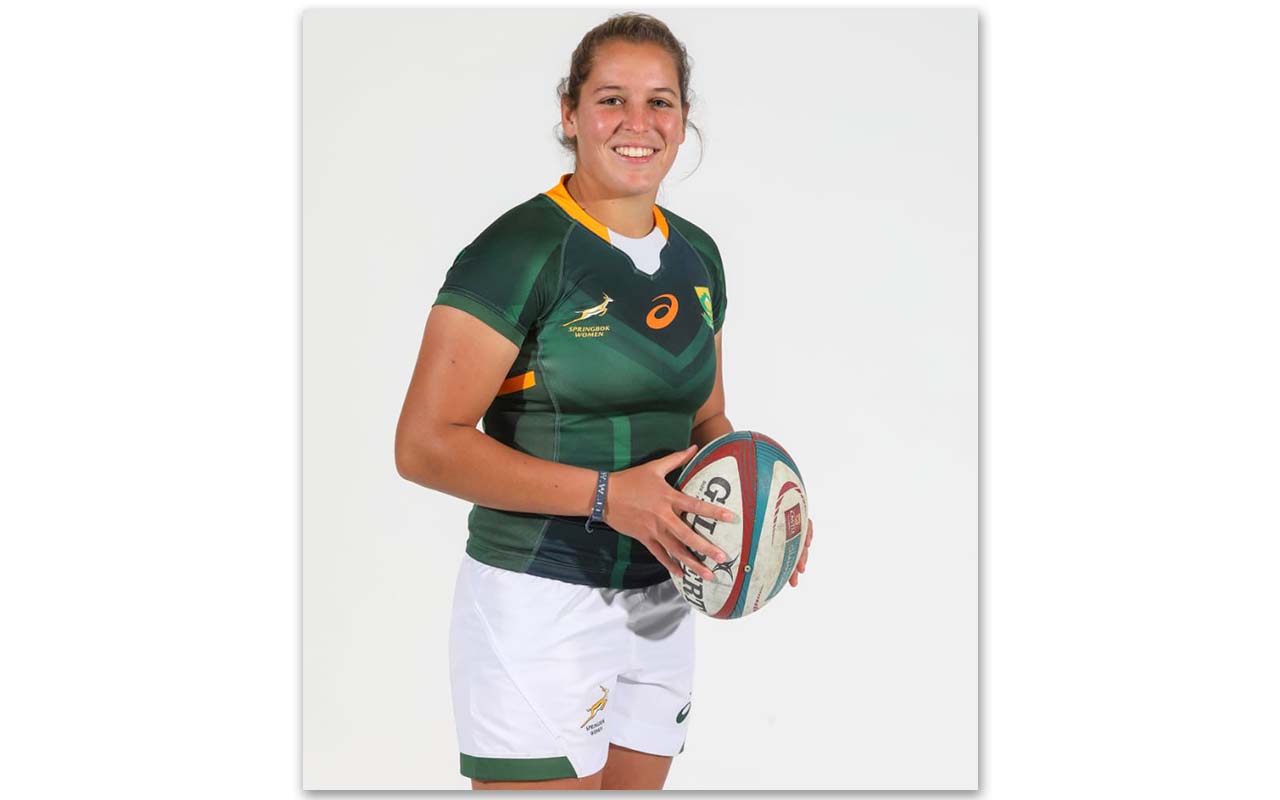 Leopards Women’s rugby centre, Jakkie Cilliers, has achieved one of her greatest honours in the first year of her rugby career as she represents the Springbok Women’s team on tour in Europe.

Hailing from Free State, Cilliers has always been a sporty individual, having played netball for North West University as well as athletics and cricket at school level.

She describes herself as someone who strives to be successful in all areas of her life and hopes that the next phase of her sporting career will be a fruitful one.

At the Leopards Rugby Union end of year awards ceremony, Cilliers walked away with the Player of the Year accolade and says she is blessed with what she has been able to achieve this year.

Speaking with Tlamelo Kganakga, Cilliers chats about her rugby career and reveals her greatest ambition.

Jakkie thank you for chatting to us. Please tell us more about yourself and where you are from?

I’m a farm girl from the Free State, who loves sport. I’m someone who has a great passion for the game in all areas. I’m also someone who doesn’t like to lose, which I think can be a bad trait at times, but which drives me to give my all on the field.

Please tell us about your rugby journey.

This is my first year playing rugby. I played netball for NWU in my first and second year. One of the coaches who was part of the physio team on one of the tours, Jackie Kriel, sent me a message at the beginning of the year asking me if I wanted to attend any of the practices. From the first practice I attended, I enjoyed it very much. I then went to play trials for Leopards and got into the team. It all started with a message from someone who saw potential in me.

What has been a setback in your career and what did you learn from it?

What has been the highlights of your career before playing for Potch Dorp Rugby Club?

In other sports areas, I’ve performed just as well, but it’s all thanks to God. I played athletics, netball, and cricket at school, where I made different achievements. I think the highlight of my career so far was the day I qualified for nationals in athletics.

You recently won Player of the Year at the year-end function. What does the accolade mean to you?

There are so many things that have happened this year that I didn’t expect and that’s one of them. I realised that I was so blessed with so many talents. I think I’m surprised at what I’ve achieved this year. I can only thank the Lord for that. It means so much to me to see where I’ve been – how big I’ve always dreamed about Springbok kits and finally achieved them. I am very excited about what is ahead for me in the future.

Please tell us about your call-up to the Springbok Women’s team.

After our last game at Leopards, it was about 3 to 4 weeks after that I received a message. The message only said congratulations for the inclusion in the Springbok squad. I was overwhelmed with different emotions. I was very stressed because I didn’t know what to expect, but at the same time very excited to be part of something bigger.

Dafne Schippers, is one of the sportswoman I admire the most. She is hardworking, very talented and always enjoys what she does. The person that she is on and off the pitch is already an inspiration for me.

I think my biggest ambition is when I get tired, I always think about the result. I’m someone who wants to be very successful on all levels and for that, one has to work hard. I don’t like to fail, but when I do then I just want to get better.

Photo 1 Caption: Leopards Women’s rugby centre, Jakkie Cilliers, has achieved one of her greatest honours in the first year of her rugby career as she represents the Springbok Women’s team on tour in Europe. Photo: Supplied