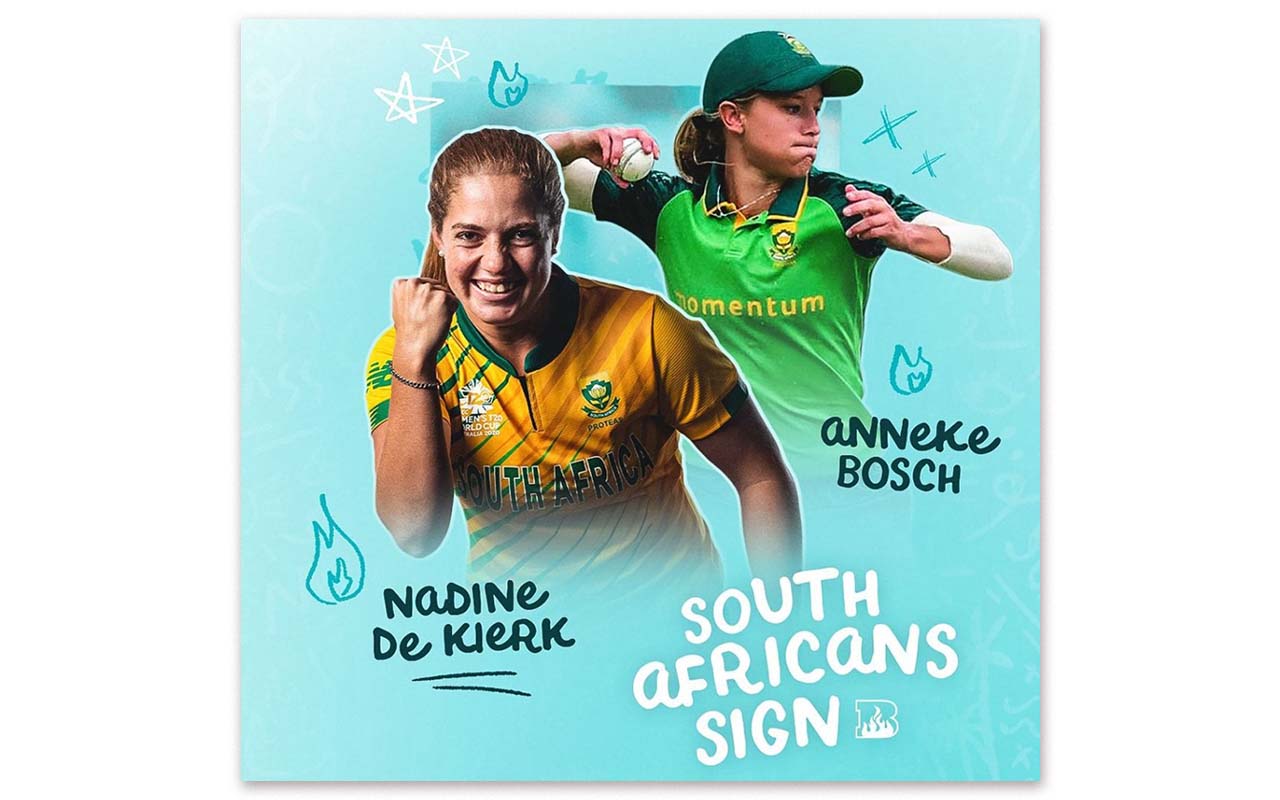 Bosch caught the attention of the Heat scouts during an impressive display on the Momentum Proteas’ tour of India earlier this year. The all-rounder produced two strong performances at the top-of-the-order, striking consecutive half-centuries in the final ODI and opening T20I to claim the Player of the Match award on both occasions.

De Klerk is currently on tour with the Momentum Proteas side in the Caribbean and will return to Brisbane after playing nine matches for the Heat last year. The 21-year-old played a significant role in the Heat’s seven game winning streak which saw them reach the semi-final round of the tournament.

Heat coach, Ashley Noffke, said the addition of Bosch and the return of de Klerk will provide a competitive edge for the squad.

“We were really impressed with Nadine and how she adapted and improved across the tournament, which was played in some pretty challenging conditions due to the strict bio-security regime we all had to follow. She’s ultra-competitive and gives us another player who likes to get in and get the job done. She bowled well last season and did some unselfish work with the bat when it was needed.

“Anneke impressed us with her composure as well as her ability. In all our dealings with her, and the scouting we did before signing her, her strengths are that she is a talented individual who also works hard to enhance the other players around her,” Noffke added.