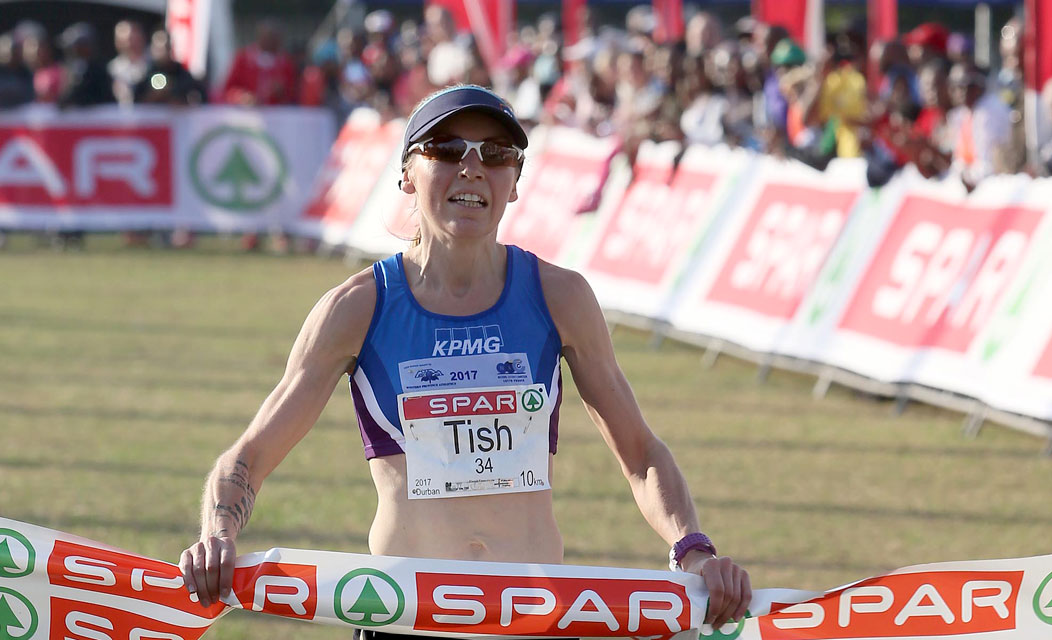 British marathon athlete Tish Jones led from start to finish to win the SPAR Women’s 10km Challenge in Durban on Sunday in 32.58 minutes, finishing ahead of current Grand Prix leader Kesa Moletsane in second (33.31) and Lebogang Phalula (third in 33.39).

Jones, better known as a marathon runner, took the lead immediately. A small pack of runners tried to keep pace with her, but she shook them off at about six kilometres and ran well ahead of the rest of the athletes.

Moletsane started slowly, but then used her famous kick to pass Phalula and snatch second place.

Jones said she enjoyed her run in only her second SPAR race. “I am more used to running further, and I expected a faster time for the effort I put in.

“But I guess that is my body adjusting to the shorter distance,” she said. “I didn’t really feel any pressure during the race – there was a group fairly close to me and I edged them out and widened the gap from about six kilometres.”

“There are many factors that affect the way you run – the weather, the route, the temperature, etc. But I am very happy to have won, and I intend to do two or three more Challenge races this year.”

Moletsane, a leading track runner who has done exceptionally well in her first season running the Challenge races, said she had found the going hard.

“The route was quite tough and it is quite difficult to adjust to road running. But I am using the races as training for the track and I just love running, whether it is on the road or the track,” she said. “I m determined to finish in the top three in the SPAR Grand Prix.”

For Phalula, it was her first podium finish this year. “I have been very stressed, because my twin sister, Diana-Lebo was pregnant, but she has given birth to a baby girl, and now I feel better.

“I went out to enjoy the race and I am very happy to be back in the top three,” said Phalula.

The defending champion and current Grand Prix title holder, Irvette van Zyl, dropped out of the race after about four kilometres, because of an injury.