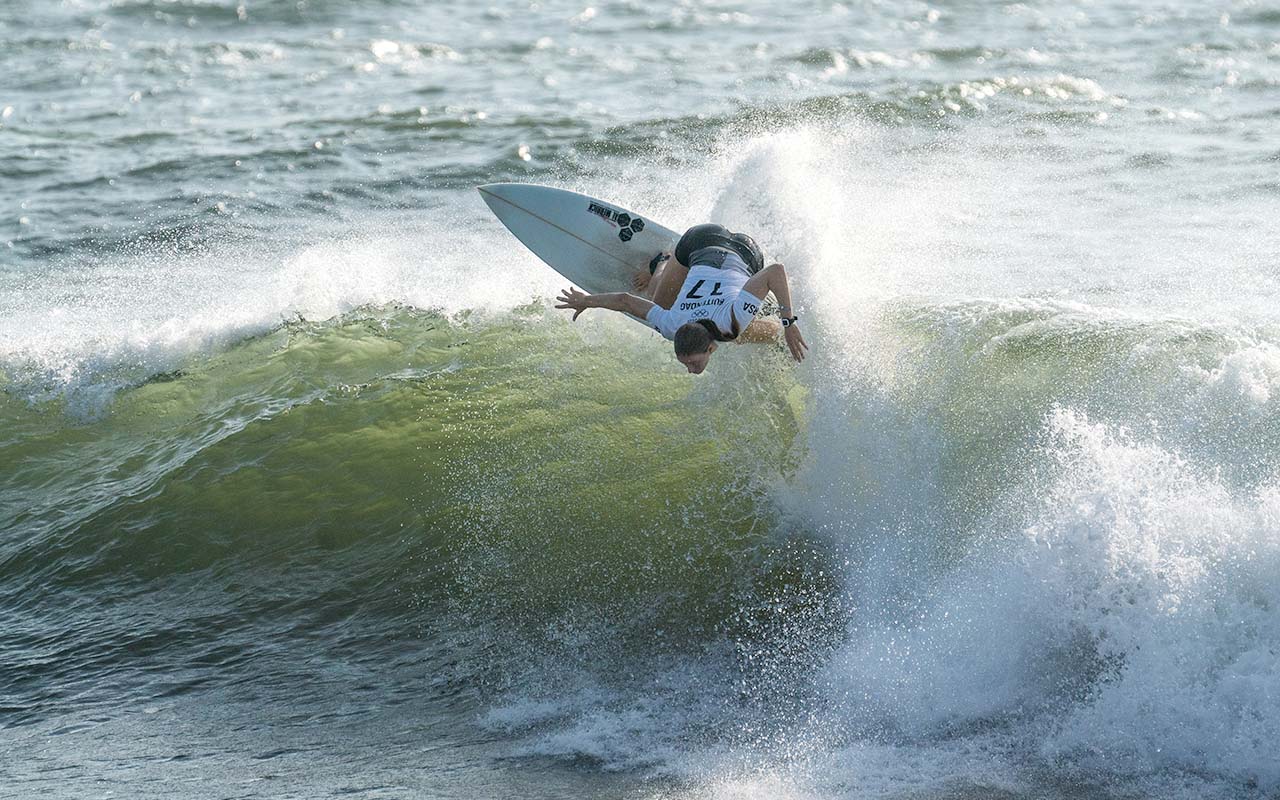 International surfer, Bianca Buitendag, advanced to the women’s surfing quarter-finals, while swim star Tatjana Schoenmaker continued her winning ways to qualify fastest for the final of the women’s 100m breaststroke at the Olympic Games on Monday, 26 July 2021.

Buitendag knocked out seven-time world champion Stephanie Gilmore of Australia to advance to the quarter-finals where she will meet Portugal’s Yolanda Hopkins. She scored 7.10 on her first wave and 6.83 on her second wave for a total of 13.93 to outclass Gilmore who scored 6.17 and 3.83 for 10.00.

Olympic record holder, Schoenmaker, led from start to finish to beat Olympic champion, Lilly King, who had been unbeaten in the event since 2015. The South African clocked 1:05.07, which was slightly off her Olympic record of 1:04.82 from Sunday night.

In Pool A of the hockey, South Africa fell to a 4-1 defeat to Great Britain. Both teams had lost their opening matches and South Africa came out of the blocks early with Nicole Walraven netting from a penalty corner in the sixth minute. However, Great Britain struck back and goals in the 13th, 39th, 40th and 50th minute were enough to see them run out comfortable winners.

In the 200m IM Heats, Rebecca Meder, finished 7th in a time of 2:14.79 in her first Olympic appearance. That placed her 23rd quickest overall and she missed out on a spot in the semi-finals.

CYCLING:
Women’s Mountain Bike – 3pm (8.00am): Candice Lill lines up with 37 others riders for the women’s cross-country event over 24.4km. This is the second Olympics for the 29-year-old Capetonian who competed at London 2012. The 4.1km circuit (plus a 1.3km start loop) is located near the city of Izu, approximately 150km from Tokyo. The course was designed and built by South African Nick Flores, who also built the 2012 and 2016 Olympic courses and the Pietermaritzburg World Championship and World Cup course.

SURFING
Women’s quarter-finals – 9.24am (2.24am): Bianca Buitendag claimed the scalp of seven-time world champion Stephanie Gilmore from Australia in Monday’s third round and here she’s up against the 23-year-old Portuguese (Welsh mother, Portuguese father) Yolanda Hopkins for a place in the semi-finals.

SWIMMING
Women’s 100m breaststroke, final – 11.17am (4.17am): This is the moment that we have been waiting for. Tatjana Schoenmaker takes to the water as the favourite to win gold – in fact, she’s favourite to win double gold – after having posted the fastest times in both the heats and the semi-finals. She also lowered the Olympic record to 1:04.82 in the heats and inflicted the first defeat on American Lilly King in the 100m since 2015. She’s the meat in a USA sandwich, racing in lane 4.

TRIATHLON
Women’s Individual, final – 6.30am (11.30pm Monday night): There are two athletes flying the Team SA flag in the event starting at Odaibe Marine Park. A big field of 56 have entered, with our eyes on Simone Ackerman and Gill Saunders. They aren’t among the favourites but both will be looking to put in strong performances.