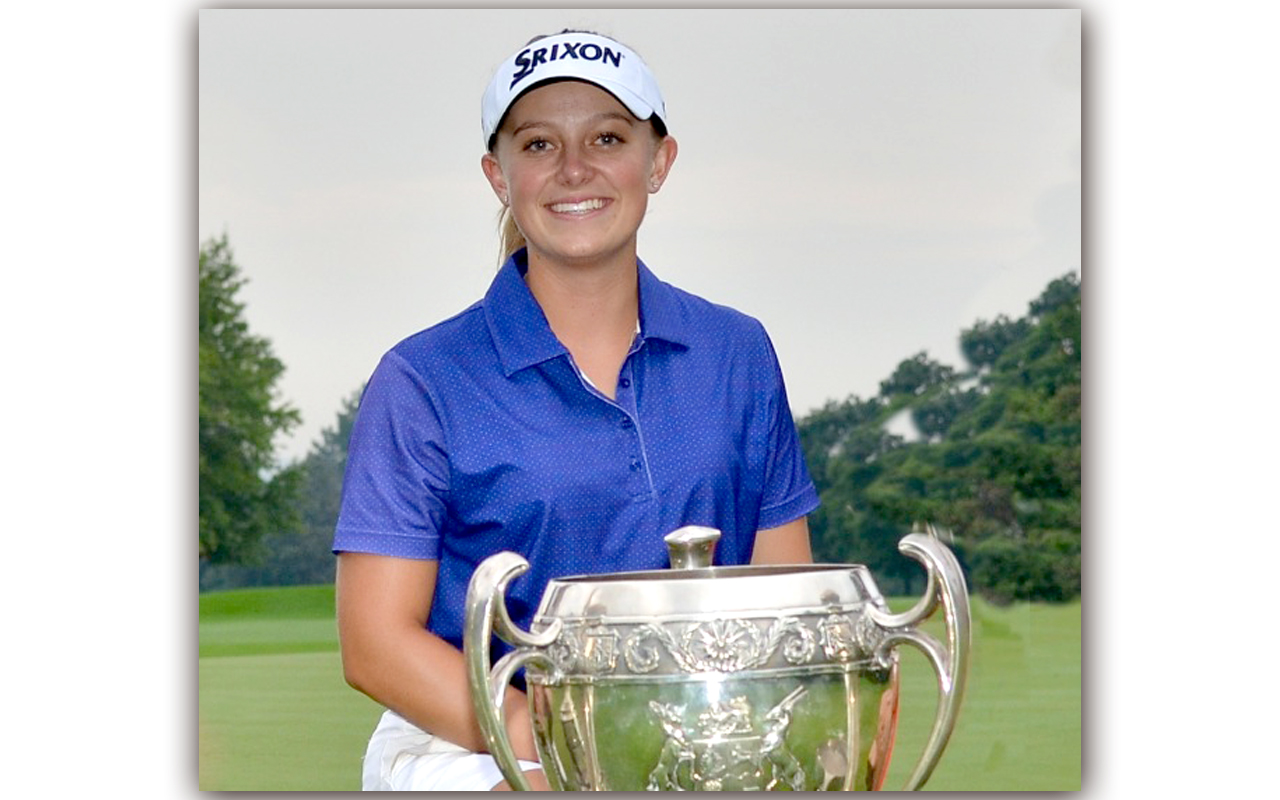 Caitlyn Macnab Wary of Strong Field Ahead of Title Defence

Caitlyn Macnab will be aiming to defend her SA Amateur Championships title when the tournament begins at Royal Johannesburg & Kensington Golf Club
from 14 to 19 February 2021.

Twelve months ago, the GolfRSA No 1 celebrated her 18th birthday with a two-shot victory in the SA Women’s Stroke Play Championship and closed out the SA Women’s Match Play title a few days later with a 4 & 3 result in her 36-hole match play final.

This week Macnab is bidding to become the second golfer to bag back-to-back victories in the history of these prestigious women’s events.

Only Ashleigh Buhai (nee Simon) has pulled off this incredible feat, with her double at Pretoria Country Club in 2006 and George Golf Club a year later.

“It is definitely my goal for 2021 and I’ve worked hard to get ready for it,” said a confident Macnab, who has happy to put a tough 2020 behind her.

Shortly after the SA Amateur Championships the country went into lockdown due to the Covid-19 pandemic.

Golf re-opened in June, but the Serengeti golfer was behind the books.

“It was my matric year so golf had to take a back seat.” – GolfRSA No 1 golfer, Caitlyn Macnab

“It was my matric year so golf had to take a back seat,” said Macnab, who only made one competitive appearance, in the Ekurhuleni Women’s Open, where she duly lived up her number one billing by taking the Open, Closed and Junior titles at Glendower Golf Club.

“I passed well and secured a golf scholarship for Texas Christian University, so now it’s just golf, golf, golf. I worked really hard on my game right through the holidays and I feel as ready as I can be for the week ahead.”

The Womens Golf South Africa Elite Squad member knows she will need her A-Game to stave off the other title contenders.

“The first hurdle to cross is the Stroke Play and there is a long line of players gunning for the title, starting with Larissa (du Preez), She was second in the Stroke Play last year and she will be confident, coming off a win in the Eastern Province & Border Championship.

“She was only 14 at the time, and she will have gained a lot more experience in the past year.” – Macnab speaks on her competition going into the SA Amateur Championships.

“Kaylah Williams led the second round and she finished third overall last year and Kyra (van Kan) tied for third in the stroke play and made it all the way to the match play final. She was only 14 at the time, and she willhave gained a lot more experience in the past year.”

Macnab is also wary of Jordan Rothman and Megan Streicher.

Rothman won the match play at Umhlali in 2018 and, having completed high school, will also have come to the former Joburg Open host venue well prepared.

Streicher produced strong performances in the 2019 edition at Woodhill, finishing sixth in the stroke play and reaching semi-finals in the match play.

“Last year I played Royal Johannesburg for the first time and I found the courses very challenging,” said the 18-year-old Swellendam golfer, who recently replaced Macnab in the top spot of the GolfRSA Junior Rankings.

“I tied for 10th in the stroke play and got knocked out in the first round of the match play. I believe I will do a lot better this year. I have matured and I have gained a lot more experience. I also know what to expect out there this time around. I hope to make a strong start in Sunday’s first round on the West and build from there.”

Swiss golfer Ladina Semadeni, who won the B-Division title last year, was unable to make the trip to defend due to the travel restrictions, but 20-year-old Italian Federica Biscuoli and 19-year-old Victoria Monod fromSwitzerland will be flying the international flag at RJK this week.

While the A-Division traditionally draws a very strong field, the SA Women’s Stroke Play has always offered a unique opportunity through its B-Division for the younger generation to gain experience by competing at thehighest level.

This year’s 83-strong field includes nine youngsters between the ages of 10 and 13, including 12-year-old Phenyo Sebata, who won the Ladies Club Championship at Zwartkop Country Club last year.

The championship has also drawn a healthy number of mid-amateurs and seniors. Heather Kruger – the 2020 SA Women’s Mid-Amateur Championship B-Division winner – leads a group of seven mid-amateurs, while Valda Ford is the oldest entrant at 57.