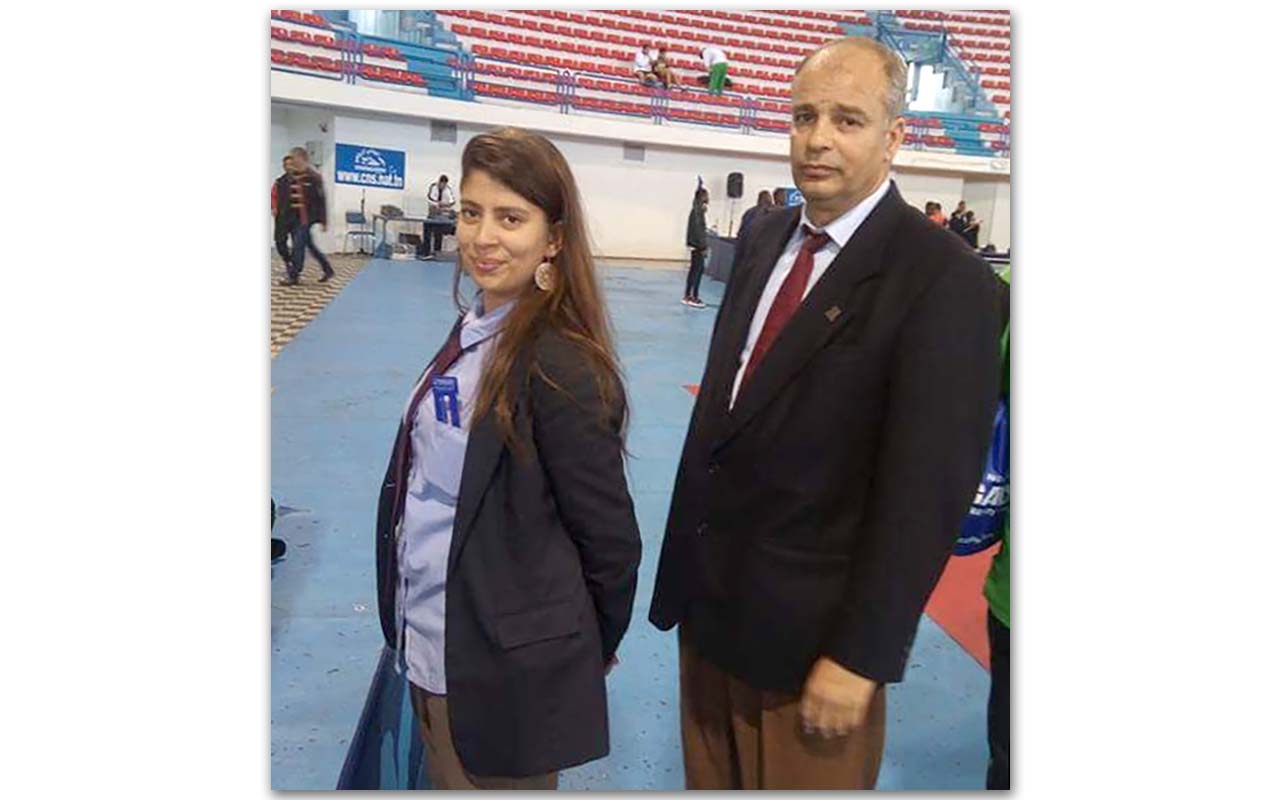 At 27, Chayma Nahdi, has become the first-ever female umpire from Tunisia to officiate at the Africa Senior Table Tennis Championships.

Nahdi is the only certified female table tennis umpire in Tunisia, and it all started at the age of 17.

She was introduced to the sport by her father, Adel Nahdi, a former Tunisian table tennis player and now international white badge level 3 umpire.

“I want to encourage as many women as possible to umpire and be involved in the sport on and off the court.” – Chayma Nahdi, the first woman umpire from Tunisia to officiate at the Africa Senior Table Tennis Championships

In 2016, at the age of 21 Chayma passed her level 3 umpire course and became a white badge international umpire, following in the footsteps of her father.

The Nahdi’s made history in 2018 at the Seamaster ITTF World Tour Platinum when both father and daughter officiated together.

During the Africa Senior Table Tennis Championship, Chayma was one of the 15 umpires that enrolled for the Advanced Umpire training program. This program would see some umpires obtaining level four International blue badge.

She was one of three umpires and the only female to pass the course, becoming the fourth Tunisian umpire to pass the level 4 course. Chayma will, however, have to undergo an evaluation to be successfully awarded her level 4 umpiring course.

Speaking to gsport, Chayma hopes that her time in the spotlight will help inspire more girls and women to be involved in table tennis on and off the court.

“My father gave me so much encouragement and I have loved the table tennis and now live and breathe it. Through umpiring, I see the astonishing talent that is coming through in the women’s game, and it’s great to be breaking through the ceiling now.”

At the Africa Senior Table Tennis Championship, she officiated the final team match between Nigeria and Egypt and the women’s semi-final game between Hana Goda and Dina Meshref.