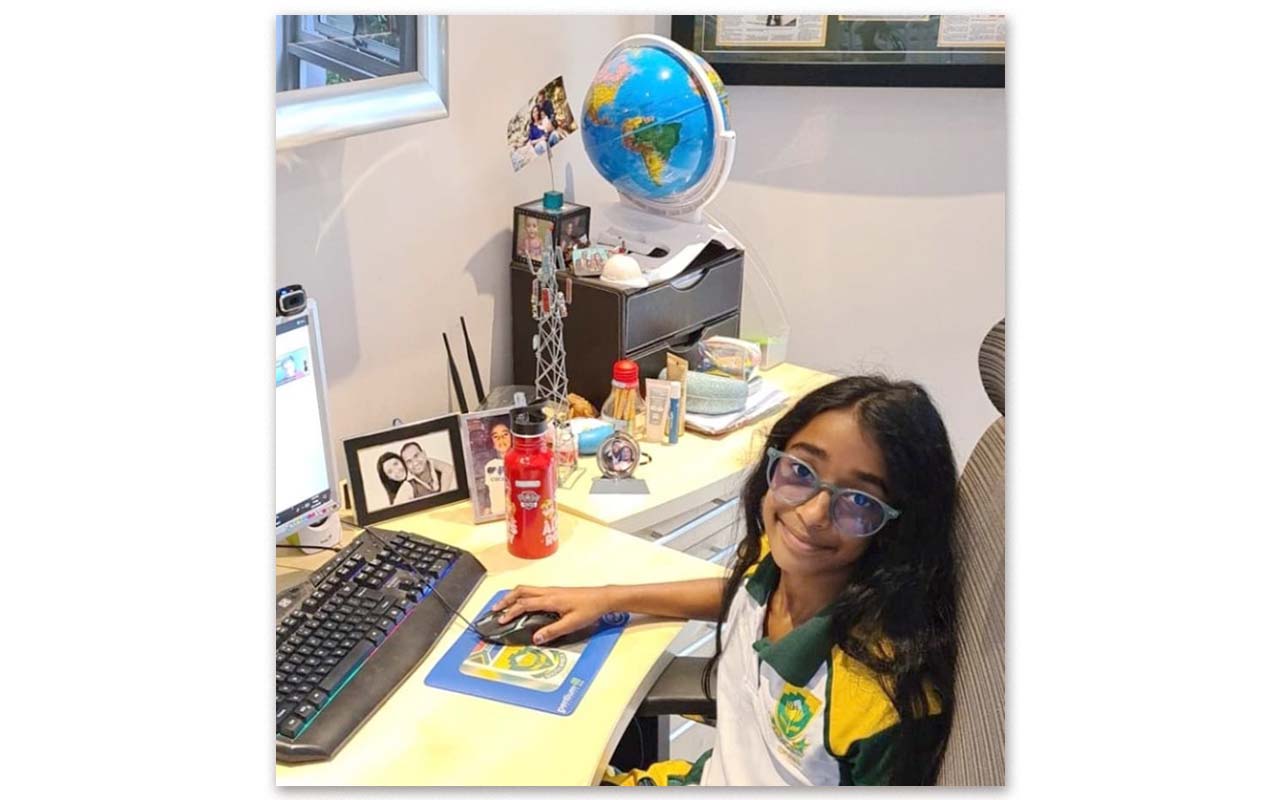 The former African Continental Girls U8 Champion and Grade 4 pupil went up against 24 girls in the U10 division where she eventually beat 2019 Momentum gsport Awards School Sports Star, Minentle Miya, in a tie-break game.

Naidoo managed to win with 11 seconds to spare on the clock.

“The competition was tough and I’m ecstatic to have won.” – said Kajol Naidoo, the SA Chess Junior Championships

“It being online was different as you don’t get to touch pieces or interact with your opponents and there was no socialising. It was stressful but I stayed calm and all my coaching and practise paid off.”

The pandemic forced tournaments such as the Junior Championships to reduce travelling which has been a challenge for the 10-year-old but she has remained active by practising online.

Naidoo expresses how the pandemic has altered how she enjoys tournaments and caused her to find alternative ways to keep active.

“The fun of having my coach and friends one on one with me have been removed and the excitement of tournaments is gone with the games also now being shorter. I have been complying with all the lockdown levels and protocols and have played a lot of games online.,” she added.

Naidoo’s father, Gerard, is proud of his daughter’s achievement. “As parents, my wife Tarnia and I are proud of her constantly striving to be the best that she can be, she keeps pushing herself.

“She is extremely disciplined and dedicated and puts in a huge amount of time with her coach Craig Bornheim, and then practices a lot and plays in a lot of tournaments, often sacrificing other fun events in the process,” he said.

Naidoo has a promising future in chess as this is not her first victory. In 2020, she was named as the Gauteng Primary School Female Athlete of the Year at the Johannesburg Women in Sports Awards.

In February 2020, she was also named as the Gauteng Primary School Female Athlete of the Year. In June 2019, she represented South Africa at the Commonwealth Chess Championship in India and took part in the World Chess Cadets Championship in China in August 2019.