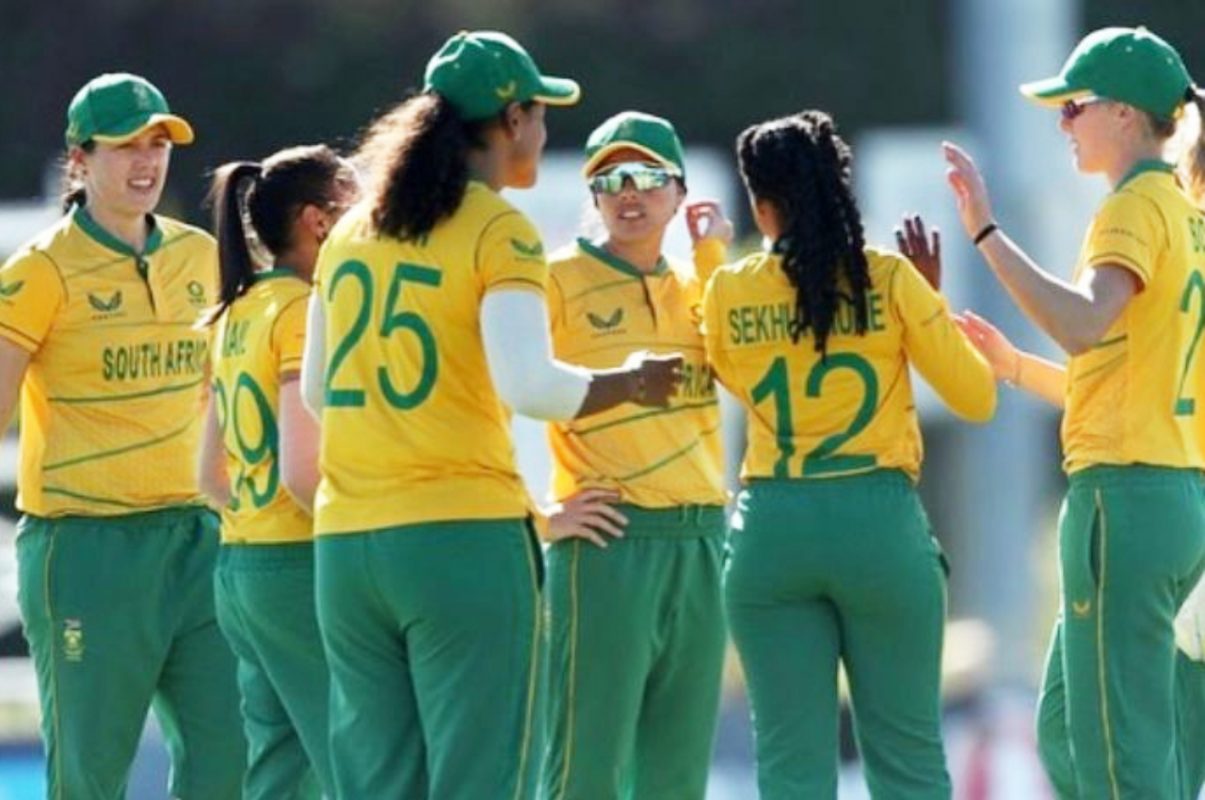 Chloé Tryon: “You Can’t Get Complacent in This Game”

Vice-captain Chloé Tryon insists the Momentum Proteas cannot afford to be complacent when they take on Ireland in the second One-Day International (ODI) at the Clontarf Cricket Ground in Dublin on Tuesday, 14 June 2022.

In the opening 50-over encounter between two sides, South Africa overwhelmed the home outfit in a nine-wicket victory, bowling them out for 69 before the batters guided the visitors over the line with 34 overs to spare.

Despite the emphatic win, Tryon and the team are focused on guarding against complacency creeping in while looking to build on the momentum that emanated from winning the last three outings against the Irish.

“You can’t get complacent in this game,” Tryon commented. “Cricket is a funny game, and you always have to make sure that we are doing the right things. For us right now, it’s about making sure we are still taking our positives going into the next game and build on more.

“We couldn’t have started off the ODIs better than that. To start off like that with the ball, Shabnim (Ismail) and Aya (Ayabonga Khaka) were fantastic. We just want to make sure we do the right things and as bowlers, they have always done that, so it was good to have a good start against them the way we did.

“It also looks like our batters are getting comfortable in the middle and are quite enjoying batting long. Hopefully we will get an opportunity to bat first, and it would be really good to put on a big score and get some confidence going into that third game and into the England series,” she added.

Outside of the opening T20 International (T20I), the Proteas Women’s top-order has been in fine form during the white ball tour, with Lara Goodall and Anneke Bosch leading from the front having notched up 132 and 105 runs respectively against Ireland so far.

Their success has meant limited action for the team’s middle-order, including the likes of Suné Luus, Tryon, Nadine de Klerk and Trisha Chetty. However, Tryon is not losing any sleep over a lack of action at the crease, insisting that she is pleased for those cashing in on their opportunities at the top of the order.

“What’s important is that we know our top 3, top 4 are making runs and that makes our job a bit easier at the backend, so I am happy. I have always wanted to bat in the game but it’s really important we get our top 3, top 4 feeling good and confident, so it’s not a concern. We know if our top 3 are scoring, then towards the backend, it makes scoring 280-290 easier.

“We are happy with the way they are going at the moment. We would love to bat but we love the competency they have. We have prepared well that if our time comes to bat, we will put up our hands and take the responsibility,” the all-rounder continued.

Saturday’s win also marked the commencement of the latest ICC Women’s Championship cycle geared towards qualification for the 2025 ICC Women’s Cricket World Cup. South Africa are facing four away three-match series in ODI cricket against opponents Ireland, India, Australia, and Pakistan, with clashes against England, New Zealand, Bangladesh, and Sri Lanka also scheduled to take place back home in the next three years.

With this in mind, the Proteas will be eager to get their campaign off to a perfect start with a whitewash triumph over Ireland to secure maximum points.

“It’s really important, we really want those points. We don’t even want to give Ireland a sniff, we just want to be as ruthless as possible, and we showed that in the first game,” Tryon said.

“If we can criticize ourselves; we could have worked a little bit more on our fielding. There’s been a lot of missing of direct hits, so it is important if we can tick that box off and we will have our perfect game, but we’ve got two more, so really excited to go on and do our best, it’s just the small things we have to top up on.

“We are really happy with the team so far; I love the spirit and the girls have been working hard and looking forward to tomorrow’s game,” she concluded.

Photo 1 Caption: Vice-captain Chloé Tryon insists the Momentum Proteas cannot afford to be complacent when they take on Ireland in the second One-Day International (ODI) at the Clontarf Cricket Ground in Dublin on Tuesday, 14 June 2022. Photo: Chloé Tryon (Instagram)