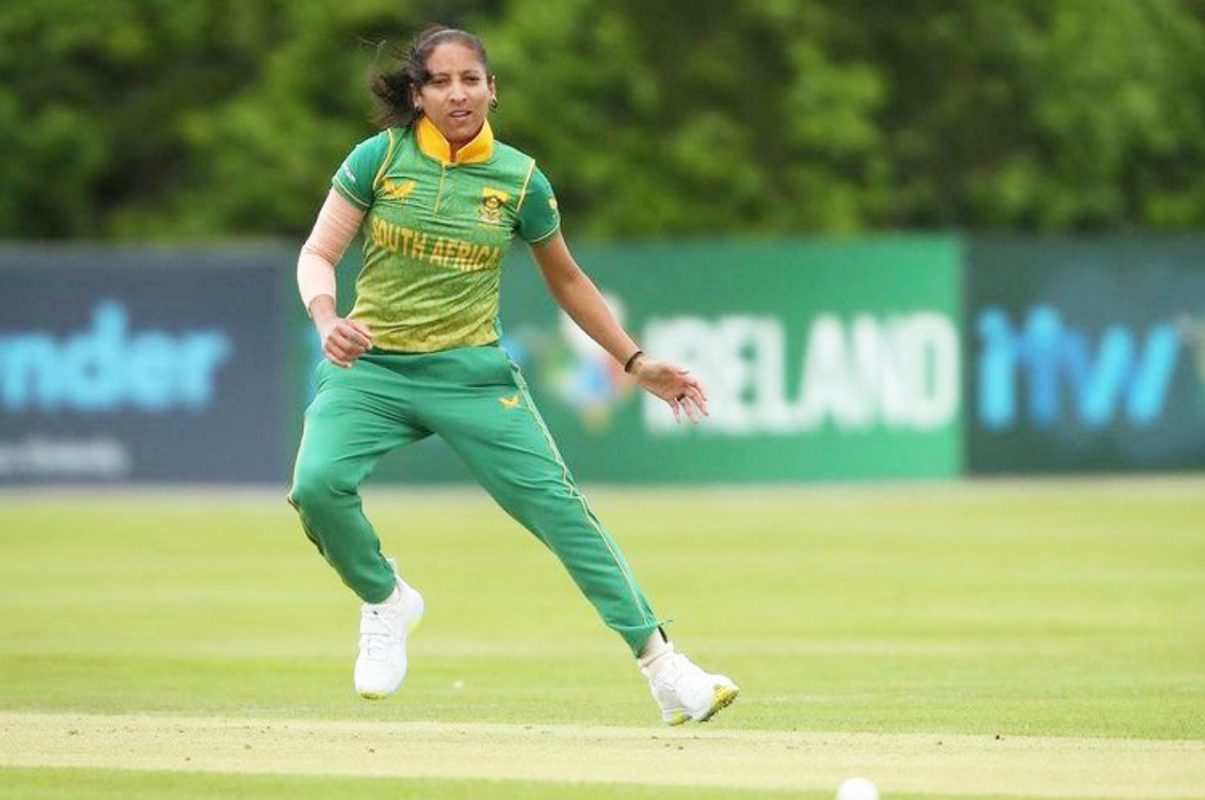 The Momentum Proteas proved too strong for Ireland in the opening One-Day International (ODI) at the Clontarf Cricket Ground, as the visitors claimed a dominant nine-wicket victory to kick off their ICC Women’s Championship (IWC) 2022 – 25 campaign on Saturday, 11 June 2022, in Dublin.

The experienced pair of Shabnim Ismail (3/16) and Suné Luus (3/16) were the pick of the bowlers for South Africa, leading the charge to help dismiss Ireland for just 69 all out after 27.2 overs, before the Proteas made light work of the chase.

The home side won the toss and elected to bat first and were put under immense pressure early on before Ismail claimed the first two of the three scalps to fall alongside her opening partner, Ayabonga Khaka (2/6) to leave Ireland shell-shocked at 4/3 in the fifth over.

Proceedings didn’t get any better for the Irish outfit despite the best efforts of Shauna Kavanagh (15) and Sophie MacMahon (13) as Luus, Nadine de Klerk (1/12) and Raisibe Ntozakhe (1 / 15) combined to great effect to help restrict Ireland to 44 / 7.

17-year old Georgina Dempsey (19*) produced some lusty blows in a brief cameo before South Africa finished off the job to bowl out Ireland for 69, their lowest total since 2014 against South Africa in Doha.

In response, although the Proteas lost top-order batter Laura Wolvaardt (8) in the fifth over, that wicket turned out to be the last joy for the home side as Andrie Steyn (21*) and the in-form Lara Goodall (32*) measuredly chased down the target, dispatching six boundaries on the way.

The pair put on a controlled half-century stand worth 55 runs to help guide South Africa over the line with a mammoth 34 overs remaining, while Dempsey was the sole wicket-taker for Ireland.

Ismail was handed the Player of the Match award following her impressive return with the ball.

With this victory, the Proteas notched up two points to get their IWC qualification journey in fine fashion, with two matches remaining in their first of four away tours.

The second ODI gets underway on Tuesday, 14 June at the Clontarf Cricket Club from 10h45 local time (11h45 SA time).

Photo 1 Caption: The Momentum Proteas proved too strong for Ireland in the opening One-Day International (ODI) at the Clontarf Cricket Ground, as the visitors claimed a dominant nine-wicket victory to kick off their ICC Women’s Championship (IWC) 2022 – 25 campaign on Saturday, 11 June 2022, in Dublin. Photo: Shabnim Ismail (Instagram)