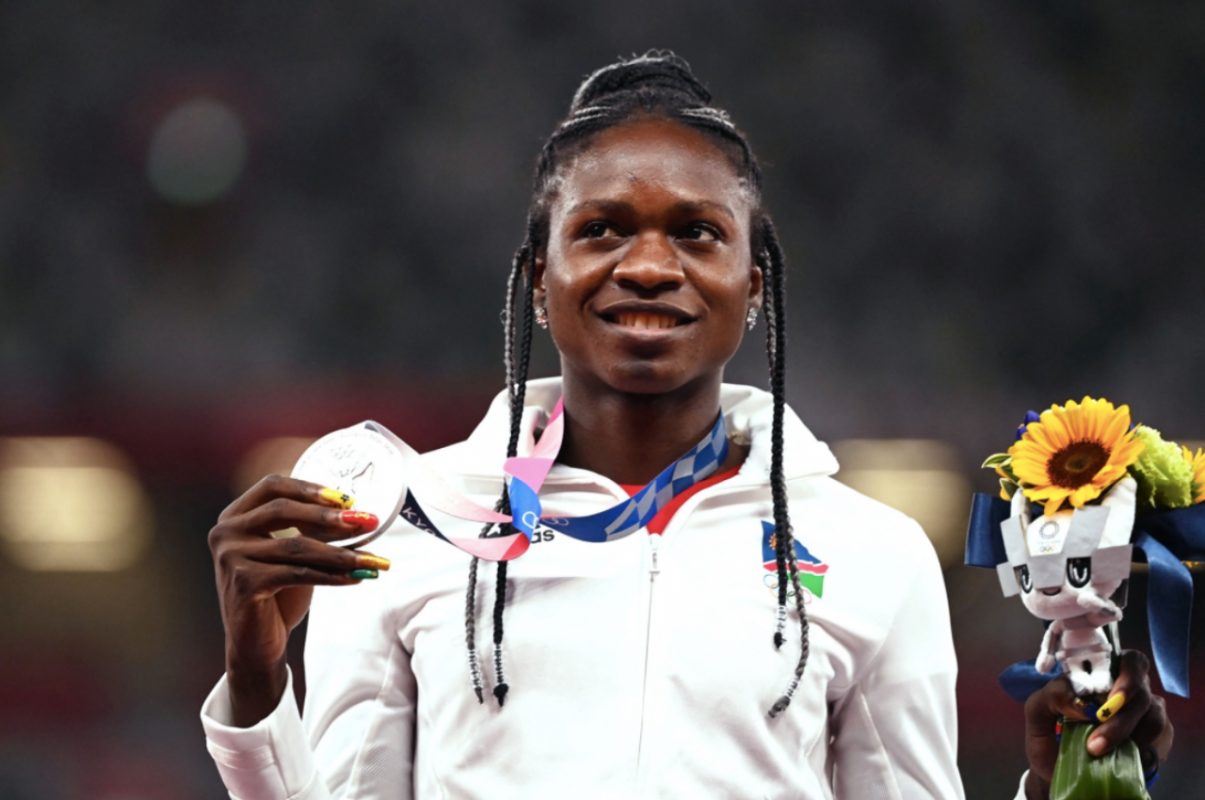 Namibian sprinter, Christine Mboma, is the first woman winner in the BBC African Sports Personality of the Year awards category after claiming the prestigious title for 2021.

The 18-year-old became the first Namibian woman to ever win an Olympic medal when taking silver in a star-studded 200m final in Tokyo last year.

“I feel great and really proud to be a Namibian,” she told BBC Sport Africa.

“I dedicate this BBC award to all Namibians. This is [a reward] for all the hard work I have done.”

“It is always great to put my country on the spot. I always make my country proud and I thank all the Namibians who voted for me. They will go crazy when they hear this,” she added.

In addition to her Olympic silver, Mboma was also a Diamond League champion and Under-20 gold medallist over 200m, and broke the Under-20 record over the distance several times last year.

Earlier this week, Mboma was involved in a car crash when travelling with her coach Henk Botha from their base in Grootfontein to the Namibian capital Windhoek.

Botha says Mboma was lucky not to have suffered any damage to her eyesight after the car’s windscreen was smashed by a flock of guinea fowl, peppering the athlete with shards of glass.

“One of the guinea fowl almost went through the windscreen into Christine’s face,” he told BBC Sport Africa.

“She was full of glass pieces on her face and I took them out piece by piece. It could have been severe but we are very blessed to be safe and ok,” he concluded.