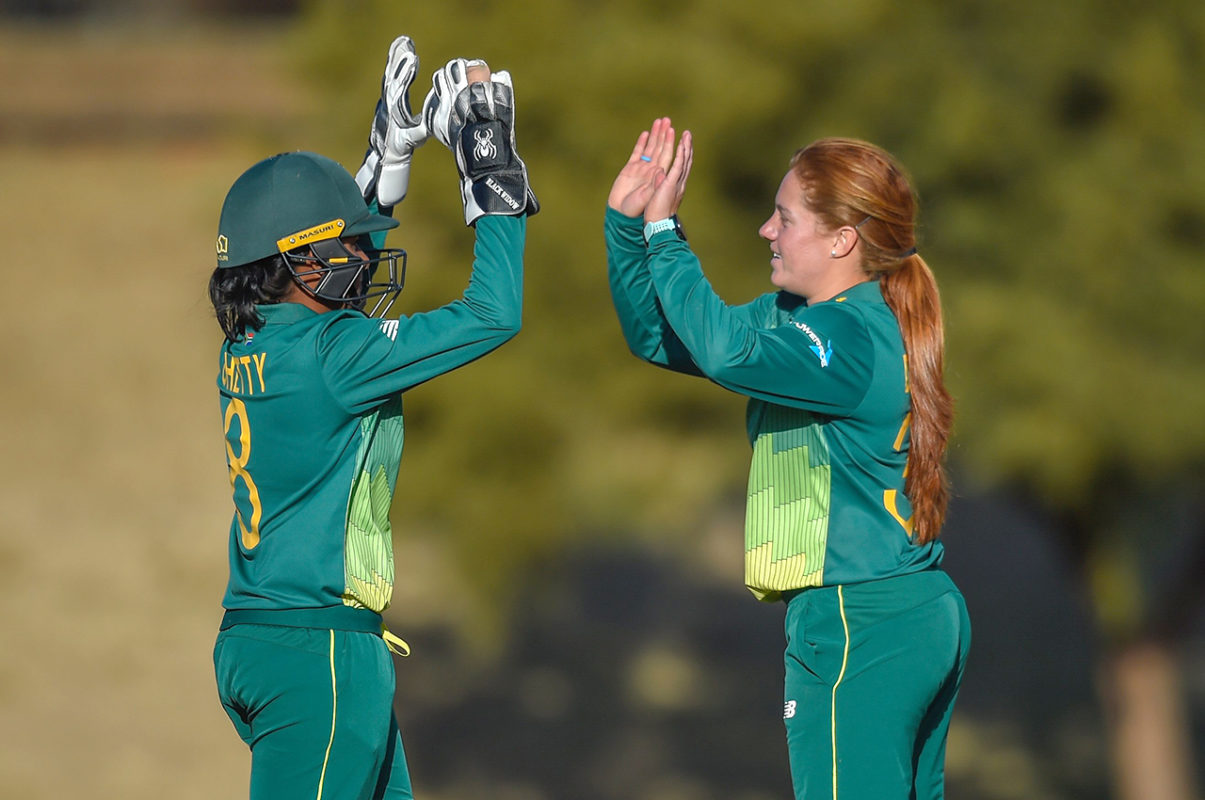 Captain Nadine de Klerk scored a blistering, 41-ball half-century and took two wickets to lead the South Africa Women’s Emerging team to a 47-run victory in the opening of their three-match, One-Day series against Bangladesh Emerging in Pretoria on Tuesday.

The hosts were bowled out for 198 in 48 overs after winning the toss and electing to bat first. They got off to a troubled start when they lost openers Tazmin Brits and Robyn Searle for five and three runs respectively.

Proteas veteran, Trisha Chetty, who returned to action after suffering from a back injury last year, took charge of the side’s recovery and put on a 45-run, fourth-wicket stand with Nondumiso Shangase (17) before falling for 34 runs in the 25th over.

Sinalo Jafta was run out for two, but that did not distract Lara Goodall (38) from her mission. She kept a cool head under pressure and shared a crucial 79-run, sixth-wicket stand with De Klerk before her dismissal at the hands of Khadija Tul Kubra (1/26) in the 40th. De Klerk followed three overs later, ending her innings with an impressive 54 runs from 48 deliveries, including eight boundaries and a six.

The bowlers wrapped up the tail pretty quickly after that in spite of valiant batting contributions by Tumi Sekhukhune (18 off 19 balls) and Anneke Bosch (12 off 15).

Bangladesh’s Ritu Moni (4/33) and Nahida Akter (3/43) were the pick of the attack, sharing seven wickets between them to restrict South Africa to what they would have thought would be a gettable total.

SA Bowlers Fiercely Into the Attack

Sekhukhune (3/30) and debutant Nonkululeko Mlaba (2/16) ripped through the visitors’ top order, leaving them floundering on 8/4 inside the first seven overs of their reply. Shaila Sharmim and Moni (33 off 68 balls, 6x4s) fought back with a gutsy 64-run, fifth-wicket partnership before Shangase (1/30) dismissed the latter at the end of the 31st over.

Suraiya Azmin (2) and Sobhana Mostary (0) did not last very long, but Fahima Khatun was obstinate, returning an unbeaten 32 from 38 balls in the end. The number nine batter even gave her team something to cheer for as she and Sharmin put on a 50 partnership in 67 balls.

Sharmin could not see the match through however and, after 151 minutes and facing 119 balls for her 61 runs, fell to Sekhukhune in the 46th over after a brave stand in the face of the rampant home side.

De Klerk then made quick work of the final two wickets, bowling Nahida Akter out for a duck and dismissing Tul Kubra for two, giving South Africa victory with an over to spare.

The South African captain was named the deserved Player of the Match. 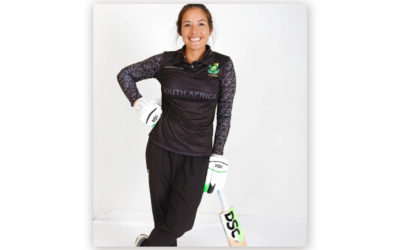 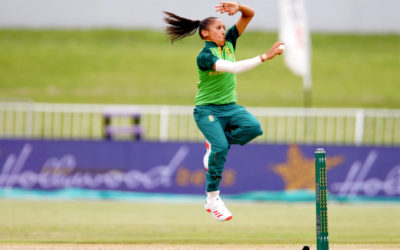 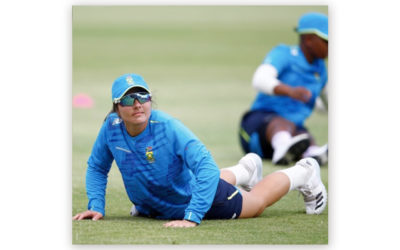