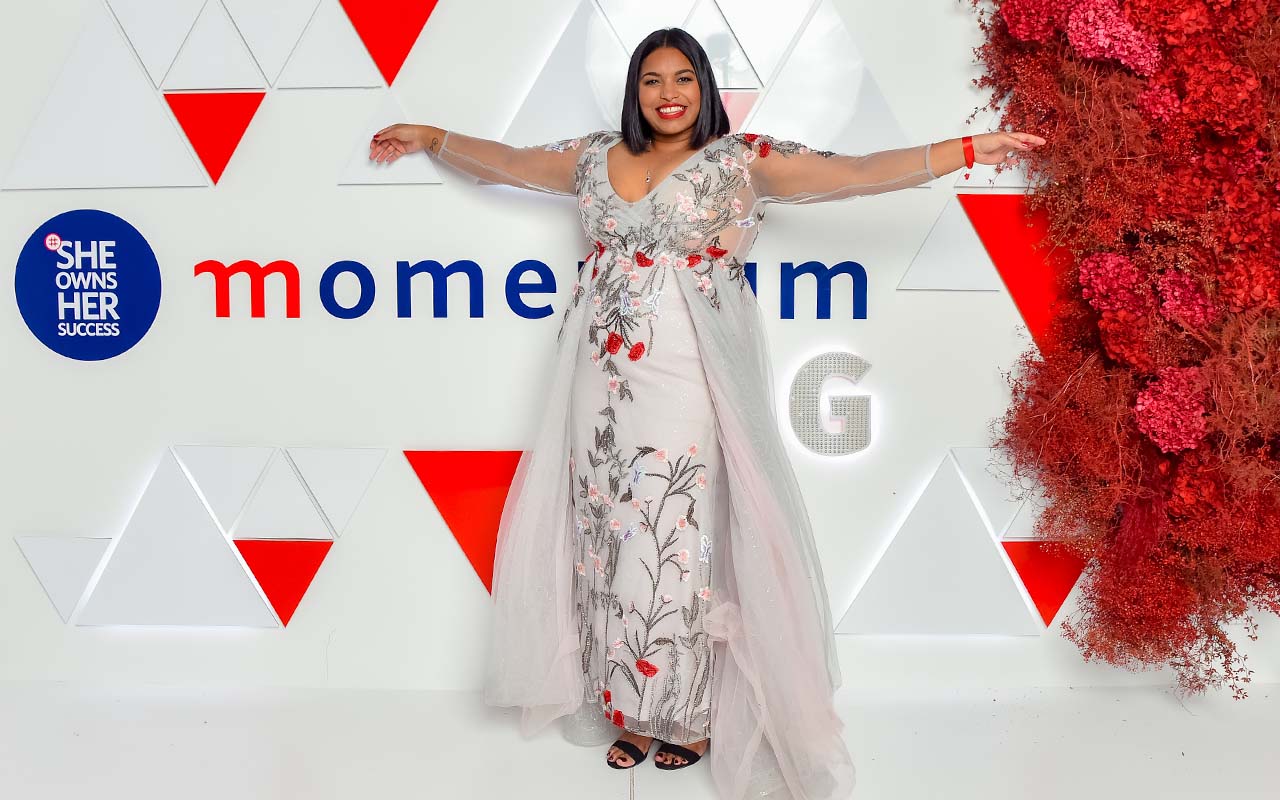 South African women’s water polo coach, Delaine Mentoor who walked away with the gsport Coach of the Year award at the 2021 Momentum gsport Awards, wants to see more women coaches involved in the sport and a bigger focus on transformation.

Speaking to gsport after her victory on the #gsport16 stage, Mentoor lauded the event as world class which offered the opportunity to network among some of the movers and shakers of women’s sport.

Having SuperSport on board by televising the awards show, Mentoor mentioned that other sponsors should see the value on investing in sport, more especially female athletes and women’s sports teams, big or small.

Mentoor says that everyone, including media and corporates, should play their part in shining the spotlight on smaller sporting codes.

It is an exciting time for SA women’s water polo. Next month, young stars will be in action for the FINA Junior World Championships, while the seniors have FINA World Champs in Japan in May 2022, which they continue to prepare for.

The award-winning Mentoor talks to Tlamelo Kganakga about her victory on the Momentum gsport Awards stage and her hopes for women’s water polo in South Africa.

Delaine, thank you for chatting to us and congratulations on winning the Coach of the Year accolade at the Momentum gsport Awards and picking up the Team of the Year award on behalf of your SA Water Polo team. What do winning these awards mean to you as a coach?

Winning an award that acknowledges your efforts as a coach and then having your team acknowledged is truly an honour and it is a big accomplishment not only for us, but more importantly for water polo in the country, especially given that a small non funded sports code can pick up two awards at this prestigious event is incredible.

What did you make of this year’s Momentum gsport Awards ceremony?

gsport truly out did themselves. They went out of their way to make each, and every individual feel special and seen. They managed to create a world class event during a pandemic, and it was all glitz and glam. The best part of it all are the special people I met and hearing about their journeys and seeing their passion be rewarded.

This year the awards saw more sponsors coming on board and SuperSport televising the show. What are your thoughts on this progress being made to amplify the coverage of women’s sport?

This was truly a positive step in the direction towards gaining true equality for women in sport. I hope that other potential sponsors will see the value in investing in sport and more specifically female athletes and women’s sports teams, and not just the bigger sporting codes but the smaller codes too. Maybe by having sponsors come on board for those small codes like water polo, they will be seen and with better resources can perform more.

Apart from winning the awards, what else stood out for you at the awards ceremony?

The way women came together and connected over sport and their passion for growth in sport. It was an instant click, there was no competition, we shared stories of struggle, success, and hope. Women were encouraging one another to own their success and it was just phenomenal to be a part of an event that not only allows women to be rightfully recognized for their hard work but also bring them together.

Let us take a step back and chat about the Olympics in Tokyo. What was it like being on the international stage, representing South Africa at such a prestigious event?

It is truly the pinnacle of one’s sporting career. It is an experience of a lifetime, it helped me grow as a person and coach and the best feeling is that ever since the Olympic Games, I have been motivated to be a better coach, to grow and learn. It has also motivated me to want to push and work harder for the national water polo women’s programme because the Olympic Games showed me the talent and potential we have in this country, and it makes me want to give them the best and prepare them in the best way, hopefully for Paris 2024.

What are some of the lessons that you have taken away that you will implement into your team for the future?

Preparation is key, and because of Covid we missed vital preparation time together and had no international games for nearly two years before the Olympics and this was evident in the first few games. We saw noticeable growth and development by the last game. Mental strength as an athlete is important and I would like to spend more time in our preparation focusing on this. As a coach and as the first female head coach at the Olympics a lesson I learnt for myself is to back myself and my ability, I do have the knowledge and skills and I should not give the many males who feel like they deserve this role and question my ability another thought. I have worked hard for this role, and I should own it and fulfill it like I know I can.

What is the SA Water Polo team up to now and are there any tournaments coming up in the next few months?

Some of the ladies will join me in Israel next month for the FINA Junior World championships, so we have been preparing for this. Our senior ladies have FINA World Champs in Japan in May next year, so we are preparing for that with weekly testing and training camps coming up. We will be heading to the Czech Republic for the EU Nations Tournament in November as a build up towards the World champs as it is vital that get international game exposure and start getting our team dynamics and structures working so that we can see where we can improve ahead of Japan.

What are you hoping to achieve in the sport of Water Polo?

I am hoping to see more female coaches come on board especially in the women’s programme, We have so many talented women who have so much to offer, I have been working with my director of coaching to identify these women. I would also like to see an improvement in the development of our players of colour, I was honoured to coach a team of women at the Olympics where every single player was there on merit, every single player regardless of race or where they come from was selected on their ability and this I see as growth, and I would like to see an improvement of this across all water polo teams. I would also like more and more South Africans to know what water polo is and increase the support for our national teams. I would love to see sponsors come on board to assist in growing this programme and providing our teams with necessary resources to help them perform at their maximum ability.

Lastly, how do you think we as media can continue amplify women’s sport coverage?

The media can assist in not only highlighting the larger sport codes that people already know, but all sports especially the codes that don’t get television and media coverage or that have title sponsors.