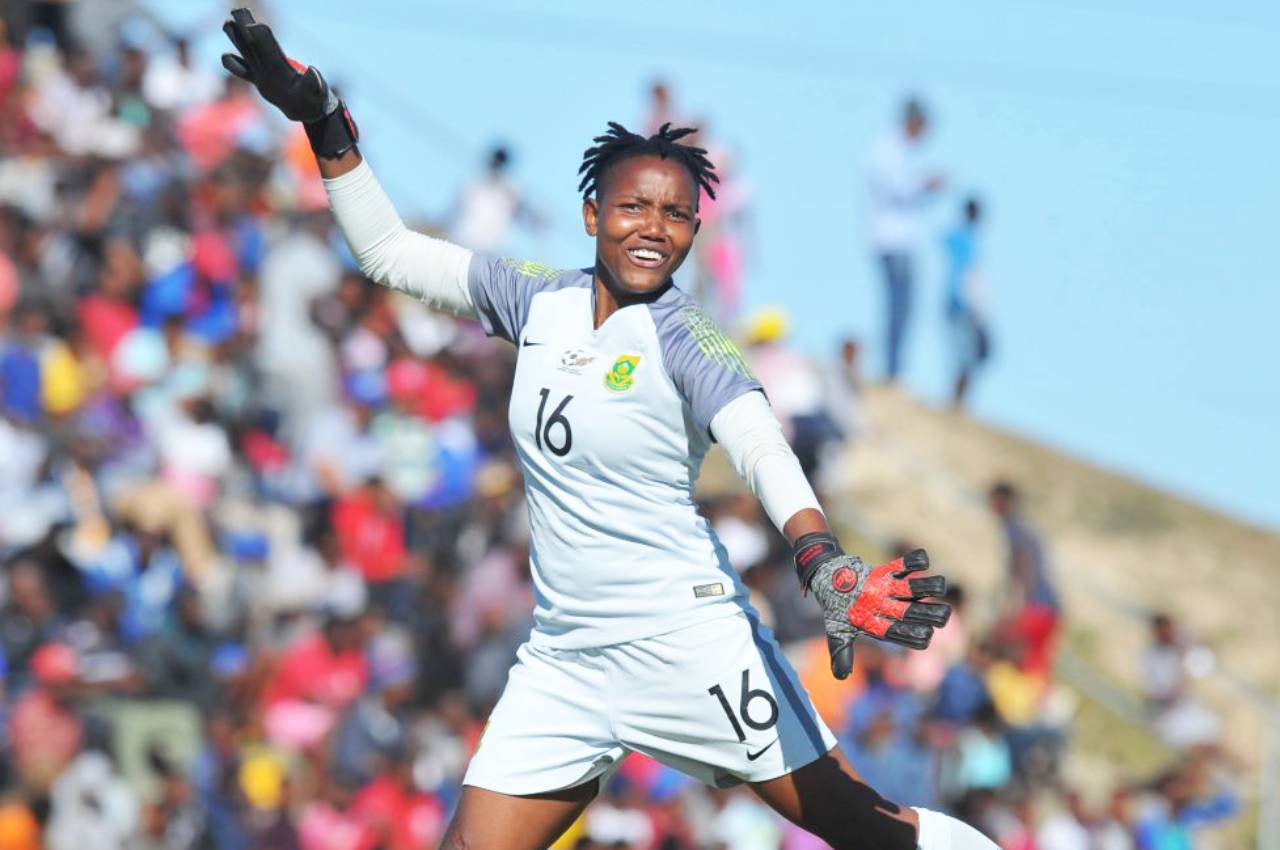 Mamelodi Sundowns and Banyana Banyana goalkeeper Andile Dlamini will achieve an important milestone in her football career on Sunday, 8 March 2020 when the South African Senior Women’s National Team takes on Lesotho in an international friendly match.

Dlamini will be making her 50th appearance for Banyana Banyana, becoming only the second goalkeeper to achieve this feat after Thokozile Mndaweni playded 89 times for South Africa.

“This is just unbelievable, who would have thought I could make it this far? Do you know how difficult it is for goalkeepers to reach this milestone? This has been a long journey and this is something I have always strived for but never thought I would get there this soon as a goalkeeper,” said an excited Dlamini.

“I am so happy and speechless. I would like to convey my greatest gratitude to all the coaches I have had an encounter with in my career, because without them I would not be here. Most of all, I would like to say a special thanks to Desiree Ellis for the chance to play in a FIFA Women’s World Cup – more so after I played no part in the 2018 AFCON a few months earlier, but then again what more do you want?”

“I am very excited to have reached this.” – South African national team goalkeeper, Andile Dlamini.

“To be honest my focus has been on 100 caps and I lost count of the 50, so I am very excited to have reached this. My mission has always been to encourage young players, especially goalkeepers, that it is not just about playing but also being patient, learning and bidding your time – and ubuntu plays a very big role in those circumstances,” added Sticks, as she is popularly known.

“How you carry yourself is very important because it can take you places. All I want to do is to improve the situation we are in as women footballers – we know that we have made a lot of moves forward, but we are not there yet, we are still striving to be where we want to be and that is what is keeping us going amid all the challenges. We need to make full use of these wonderful opportunities as women footballers.”

The Sundowns Ladies shot stopper is currently in camp with Banyana Banyana to prepare for the friendly on Sunday, taking place at Tsakane Stadium, east of Johannesburg.

She remembers her first national team match as though it happened yesterday.

“Gratitude first of all to Joseph Mkhonza, who gave me my first cap. I look back at that match and see that it propelled me to where I am today. Despite the loss, I had an exceptional game and coach said I have a lot of potential that I needed to work on,” said Dlamini.

“I never look at negatives but positives in everything I do, and also that I must improve with every match.” – Dlamini commented on her performances over the years.

“But the biggest lessons from that match was that I never look at negatives but positives in everything I do, and also that I must improve with every match if I want to stay longer in the game, and last but not least that it is never about me but about the team.”

Dlamini was born in Tembisa in 1992 and started playing football for a local team, Phomolong Ladies before being spotted and moving to Mamelodi Sundowns Ladies.

In the Banyana Banyana squad, she used to deputise for goalkeepers Thokozile Mndaweni, Roxanne Barker and Kaylin Swart – the latter two has retired from international football.

Dlamini has been to two Olympic Games – London 2012 and Rio 2016 – but never kicked the ball in the two tournaments.

In South Africa’s maiden FIFA Women’s World Cup, held in France in June 2019, she was in goals in the opening match against Spain, and the last group stages match against Germany.

“No one can take that away from you and it is something I will never forget.” – Dlamini on being afforded the opportunity to play at the 2019 FIFA Women’s World Cup.

“That would surely be the highlight of my career – playing in those matches. I believe we did very well, we had our moments despite the losses,” said a beaming Dlamini.

“Being at the World Cup, playing in front of full stadiums, seeing my happy and focused teammates and team staff, facing the best players in the world – no one can take that away from you and it is something I will never forget.”

Dlamini will join an elite group of players that has clocked half a century or more of matches like Bambanane Mbane (52), Thembi Kgatlana (57), Sanah Mollo (73), Lebohang Ramalepe (74), Jermaine Seoposenwe (79) and Mndaweni (89).

Photo 1 Caption: Banyana Banyana goalkeeper, Andile Dlamini, is set to achieve an important milestone in her football career as she will be making her 50th appearance for the team in a friendly match against Lesotho on Sunday, 8 March 2020. Photo: COSAFA