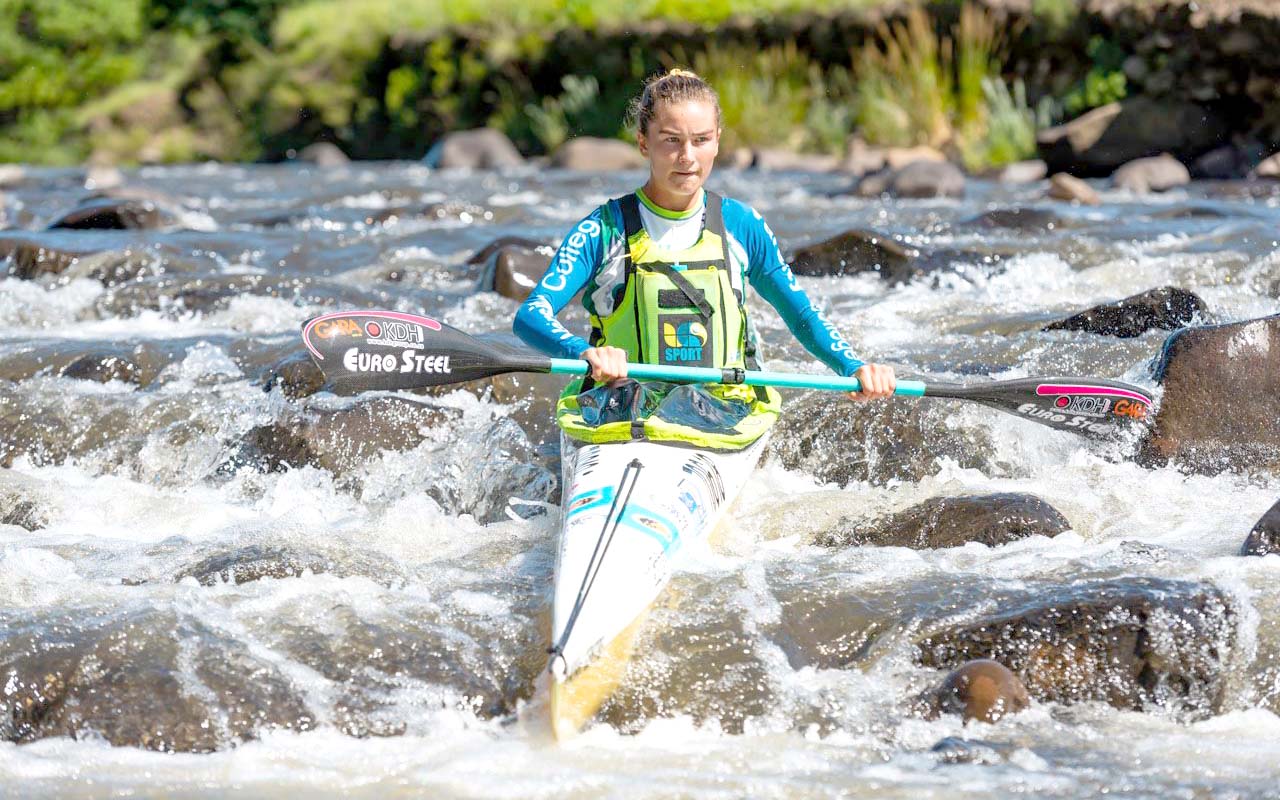 MyLife Dusi champion paddler Christie Mackenzie has found herself locked in a race against time to get back to top form after falling prey to the Covid fourth wave, as she hopes to go one better than her second place finish in the last N3TC Drak Challenge in partnership with FNB on 29 and 30 January.

Mackenzie enjoyed a successful season in 2021, in between the successive lockdowns that hampered the local and international calendars, and managed to completed her psychology honours studies as well during the rollercoaster year.

Looking forward to her summer paddling season, which will include a MyLife Dusi K2 title challenge with Jordy Peek, Mackenzie has had to reset her end-of-year training plans after returning a positive test for the virus in December.

“It has been a bit of a spanner in the works getting Covid, but I think it is good that I got it now so that I can’t get it again before Drak and Dusi.” – Christie Mackenzie, hoping to improve on her 2020 silver medal

“It is better now when I have time to recover,” she said as she set off on a short holiday in Mozambique after getting the negative test after shrugging off the virus.

“Right now the plan is to see how my body goes when I get back into things, because obviously I have not been training at all just to be safe,” said the Euro Steel racer. “I have been feeling super-fatigued.

“It looks like there has been some nice rains in Underberg so I am really looking forward to Drak, so we will try to get up there to do some tripping for the Drak.

Mackenzie was a fast-finishing second place at the last edition of the N3TC Drak Challenge that was held in January 2020, finishing close the winner Jenna Nisbet and doing well to hold of the charging Bridgitte Hartley.

After juggling her training and her studies in 2021 Mackenzie can look forward to making her paddling a priority in 2022.

“It was hard to manage my studies and train for the worlds , so now I can focus on paddling for a little bit,” she said, adding that she was about to start her community service as a stepping stone to getting accepted into her masters studies.

“Drak is always the fun build-up race to the Dusi,” she added, downplaying the fact that the stacked women’s field will make the N3TC Drak Challenge title race a fascinating contest in the making.

Photo 1 Caption: After her solid second place in the 2020 N3TC Drak Challenge canoe marathon, Christie Mackenzie is hoping to shrug off the effects of Covid-19 in time to challenge for the 2022 title at the end of January. Photo: Anthony Grote/Gameplan Media