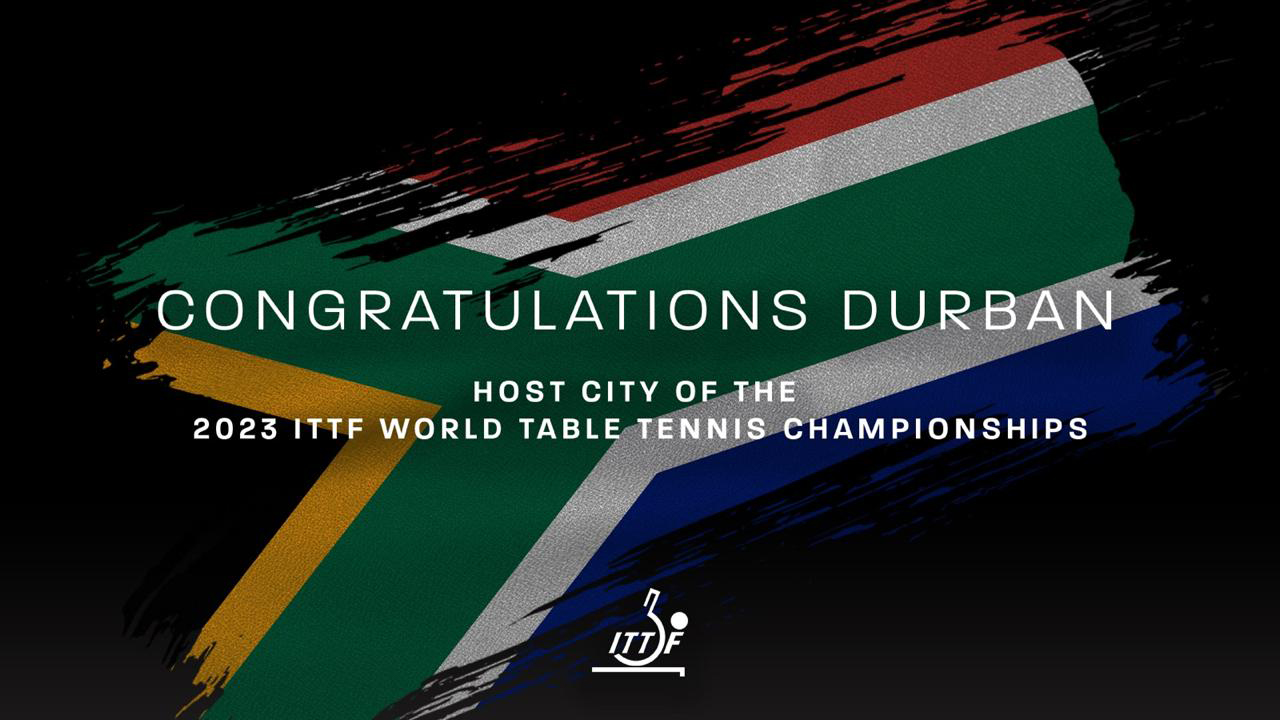 The 2023 ITTF World Table Tennis Championships Finals will be staged in Durban, South Africa, after Member Associations votes to decide the venue at the 2020 ITTF AGM, held on Monday 28th September.

It’s an historic first time that the ITTF’s most prestigious event is being held in South Africa, and the first time on the African continent since Cairo, Egypt, in 1939.

The vote vindicates the new format for the ITTF World Table Tennis Championships Finals, coming into place in 2021, which sees continental qualification precede the Finals event, thus making it more feasible for more countries to host.

Durban won 90 votes (69.77%) to beat off competition from the other candidate city, Düsseldorf in Germany, which recorded 30.23% approval, with 39 votes.

Düsseldorf had been bidding to stage the event again following the resounding success of the 2017 edition.

“We are continuing to see benefits from the forthcoming changes to the format of the World Championships Finals, which will be introduced from next year onwards, leading to more countries bidding from different regions of the world.

“This also reflects the ever-increasing international appeal of table tennis, which is extremely pleasing to see as we continue to work hard to make the sport more global in the future.”

Responding to the great news, Joe Carrim, President of the South African Table Tennis Board (SATTB), said: “I am obviously ecstatic and beside myself with joy.

“The sleepless nights and all the hard work have paid off.” – Joe Carrim, President of the SA Table Tennis Board

“I want to say to Germany that their presentation was absolutely superb. I did not want to take our success at all for granted, given all their experience, and I am certain that they will come up again (to host the World Table Tennis Championships Finals) in future.

“I want to thank the world of table tennis and the ITTF for entrusting us with the confidence with the team that we have, the city that we have, and the support from the government that we have to host this event.

“We are certain that we will make everyone who supported us extremely proud of having placed their trust in us to take the baton forward and host a World Championships worthy of the trust that you have given us.”

Image Caption: 2023 ITTF World Table Tennis Championships Finals will be staged in Durban, which beat off 2017 host city Düsseldorf to mark the second time the Finals will be hosted on the African continent, since Cairo, Egypt, in 1939. Image: Supplied