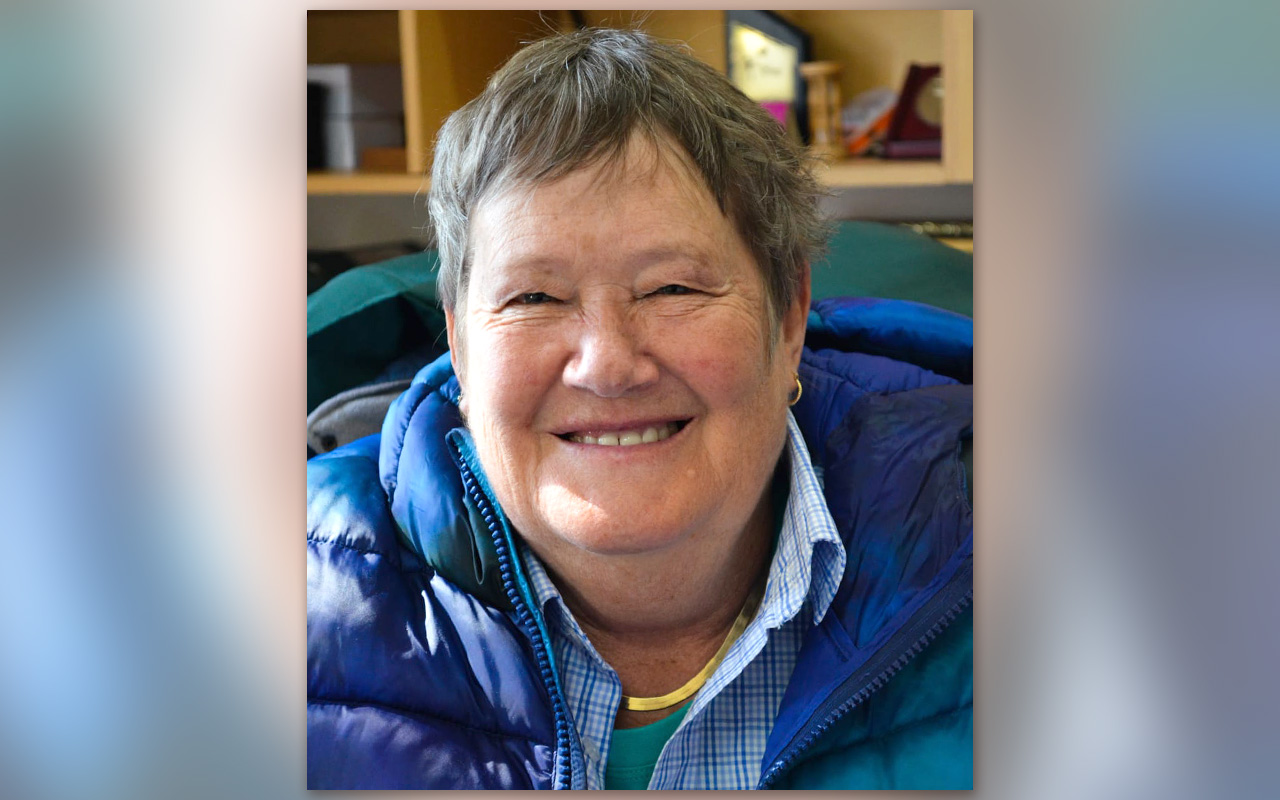 South African Schools Netball President, Di Woolley, is one of the most seasoned sports administrators in South Africa, having served netball for nearly 40 years.

In 1984, Woolley, a schoolteacher at the time, announced that she would like to host a national championship for schools’ netball. A few years later, she achieved her dream. Since then, she has played a leading role in the growth of netball among the youth.

In this inspiring chat with gsport, this dynamic leader shares her journey in netball, and talks about how she secured brands to support the game at school level.

She touches on plans to get young netballers more involved in the game ahead of the 2023 Netball World Cup,

Woolley, who has seen it all, has wonderful #AdviceForSuccess for young netballers, who dream of making it big and one day playing for South Africa.

As we enter #YouthMonth, we can’t think of a more deserving woman to be our #WCW this week!

Di, you have been involved with South African Schools Netball for many years. What do you make of the progress of netball at youth level since you joined until now? Around 38 years since I got really involved.

In 1984 I stated I would like to host the national championships, which I did a few years later at Benoni High where I was teaching. I was quite content to serve on the Eastern Gauteng committee until the unity talks started in 1992. I was asked to be part of the restructuring campaign as I was fluent in English, and it was felt this would assist.

In the early years we only had one age group at national level for selected teams and when Transnet came on board, we started a national school-based competition, then also for only one age group. Today, we boast an event for selected teams from under 12 up to and including under 18. We also host a school-based tournament from under 12 to under 19.

We have a Mini-Netball program as well as a Preshonet (preschool) program. Our Fast 5 league and national championships is also vibrant, and we are launching Hoops this year for u/13 as COVID-19 did not allow us to do so two years ago.

We have taken teams and schools abroad in recognition of their performance and skills and have really proven that SA Schools is a force to be reckoned with. We have players from all areas and provinces, and we are growing in numbers each year.We have recently had live schools’ Netball on national television thanks to DSTV.

What has been the key to success in growing netball at school level?

Hard work, commitment, and enthusiasm from all the role players. I need to pay tribute to all the dedicated educators and students that have put hours into the sport they love.

How is planning going for this year’s SASN Championships in June?

Planning for this event is going well and we are expecting around 2500 players and officials to be part of this awesome event. Provinces have selected their teams and now a lot of fine tuning is happening all over the country.

How have you and your team managed to convince sponsors and brands to come on board and support schools’ netball?

Brand awareness – our young people. The only way to ensure that our youth are kept off the street and busy with constructive activities, is to provide sport for them. Netball is one such code and we are blessed to have DSTV on board, this really creates an awareness. The Motsepe Foundation is also providing a platform for young girls to showcase their talents. We have several partners that have been with us over the years, that have also sustained the provision of opportunities – BSA Events. Toplay Eggs, Gilbert and Performance Brands.

The secret to keeping sponsors is to deliver on what has been promised and to build a healthy working relationship in the process.

How can we encourage more brands to see the benefit of backing schools’s sport?

Well, the women in society are the buying power of the nation and if they have been introduced to different brands, the awareness would grow and naturally lean towards supporting those brands.

What difference has live TV coverage done for netball in South Africa?

Wow, all I can say it has put Netball on the map. The country is buzzing Netball and not just watching the MACHO Male Codes. Every little girl has a dream of one day making it big in Netball and seeing it live on TV has brought that reality a little closer.

What can young netballers do better to be a success at school level?

What is your message to the Youth during Youth Month?

If you ever have the opportunity, there is a wonderful poem – Desiderata. It may just inspire you.

What do you make of the country’s state of readiness to host the 2023 Netball World Cup?

I think we are ready, and SASN is surely ready. We are launching our Mini World Cup in the month of September 2022, to culminate in April 2023. This is so our young people can be geared for an amazing event. From grassroots, our children will be made aware of this awesome happening.

Who are the leaders who have inspired you over the years?

Bill Domeris my teacher and lecturer – he really provided the inspiration to work with young people.

Kass Naidoo – she showed me the value of women in sport.

Zola Budd – she taught me that guts to continue despite anything is of ultimate importance.

Nelson Mandela – that forgiveness is of prime importance to move ahead.

What makes a good leader?

Someone who is willing to teach others and then walk the walk with them. To be an example. To gain peoples’ respect not necessarily be popular. Someone who makes decisions for the better good, not thinking of self.

How can we encourage more women to take up leadership positions in sport?

Believe in yourself. We have all being created with the ability to be great, what that greatness is, is for you to discover, and once you have discovered it, to let it grow and make it happen. All people are equal and deserved to be treated with dignity and respect.

What do you make of the gsport initiative and the work it does to raise the profile of youth sport?

It is awesome. Exactly what I stated above, gsport is trying to enhance. To bring about awareness, greatness, and respect for our young girls. Do not allow others to look down on you because you are young.

What can we do to Close the Visibility Gap in women’s sport?

What is your greatest ambition and how would you like to be remembered in South African sport?

To see all schools involved in sport, especially Netball.

To see the girl child, get as much recognition for their achievements as the boys.

To know that our girls are treated with respect and not just abused.

I would like to be remembered as one who provided opportunities for growth and success among our youth and that somehow, I made a difference.