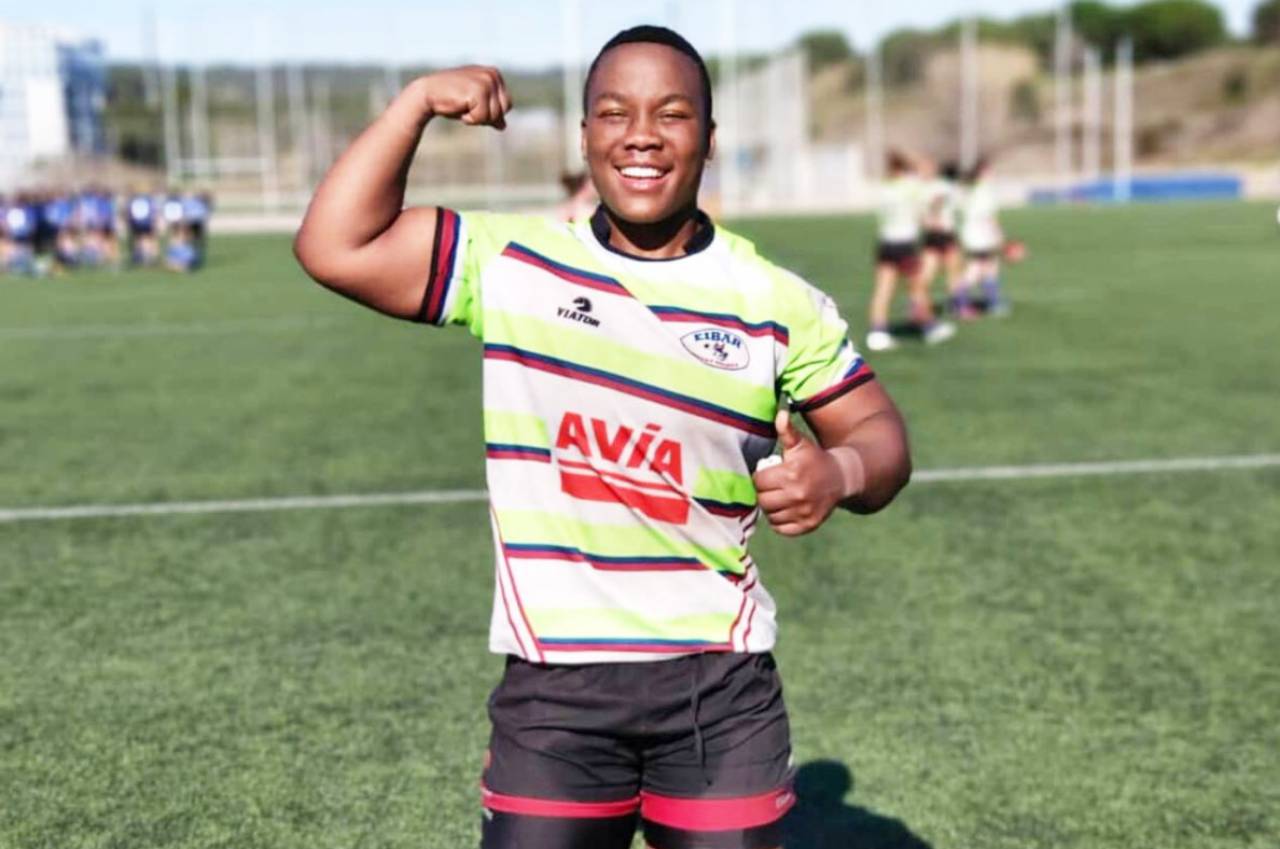 Springbok Women’s captain, Babalwa Latsha, has continued to lead the way for South African women in rugby as she took to social media to announce news of her contract renewal with Eibar Women’s Rugby Club in Spain.

“CONFIRMED: @eibarrugbytaldea has renewed my contract. I will be with the @ferugby outfit for another season.”

“I am quite excited about the contract renewal, of course its quite uncertain times, you know, given our current situation with the COVID-19 outbreak but that has not dampened my spirits in terms of being happy about the contract and also being grateful for it.

“I am looking forward to – in the near future – being able to go across and do what I love.

“What I’m hoping to achieve is this; I would like to sow to far greater heights in terms of my international rugby career.

The initial deal was signed for three months which ran until the end of the season.

The decision to renew the Boks prop’s contract has come after she had left a lasting impression with her performances on the field.

Latsha will be eager to get back to Spain to join her team as soon as the lockdown regulations are eased in South Africa and play gets back underway in Eibar.