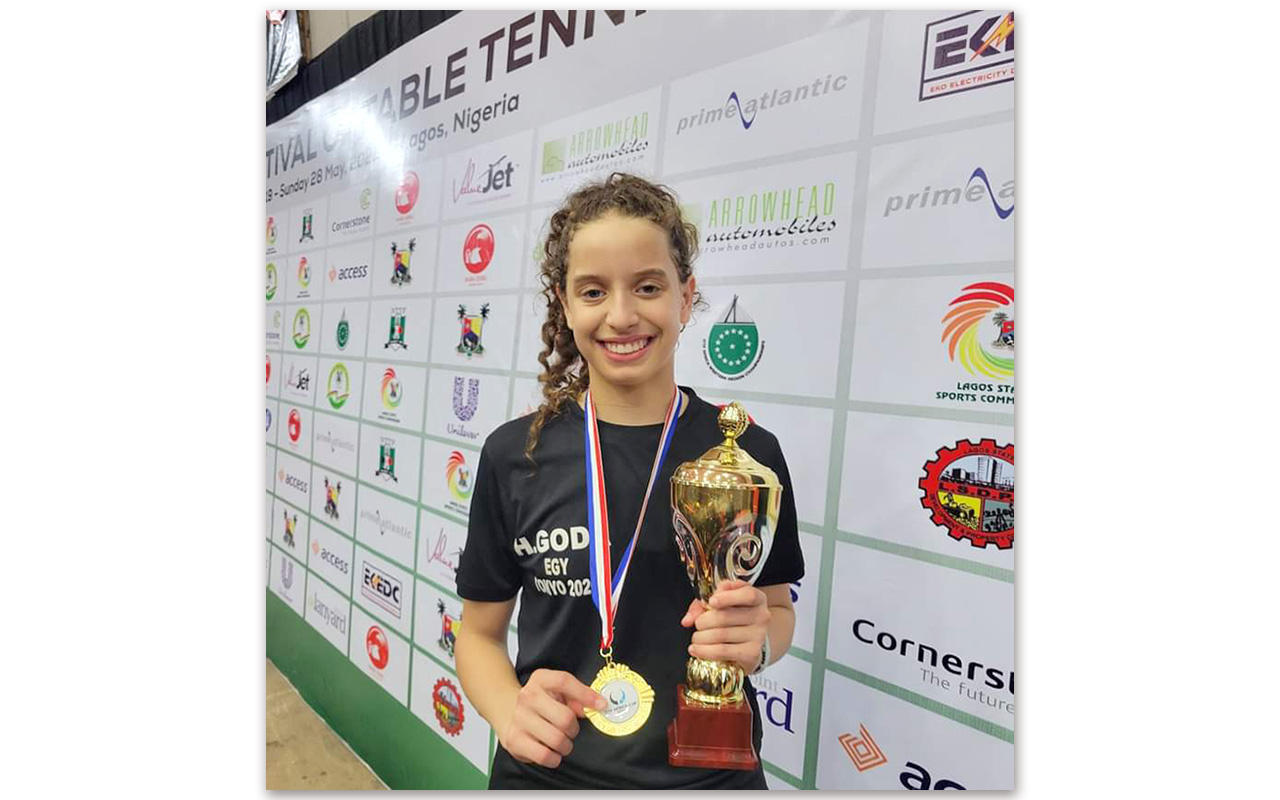 Egyptian star Hana Goda became the youngest ITTF Africa Cup champion after she defeated Fatimo Bello in the final on Saturday 28 May, 2022, in Lagos, Nigeria.

The world’s number one under-15 and under-17 champion lived up to her expectations when she outshined Fatimo 4-0 to claim her first African championship title, at the age of 14.

The rise of a new dawn!

Goda becomes the youngest ever African champion at only 14 years and 7 months old.#FestivalofTT2022 pic.twitter.com/3kyCXnVh3e

Earlier Hana had defeated the defending champion Dina Meshref 4-3 in an intense semi-final. On the other hand, Fatimo roared from 3-1 down to win the other semi-final match 4-3 against Mariam Alhodaby.

At the age of 14 years 7 months Hana Goda is now the youngest ITTF Africa Cup Champion.

Another notable performance came Fatimo, who has had a great outing making her debut in a continental final.

Photo Caption: At the age of 14 years 7 months Hana Goda is now the youngest ITTF Africa Cup Champion after beating Fatimo Bello in the final on Saturday 28 May, 2022, in Lagos, Nigeria. Photo: Supplied