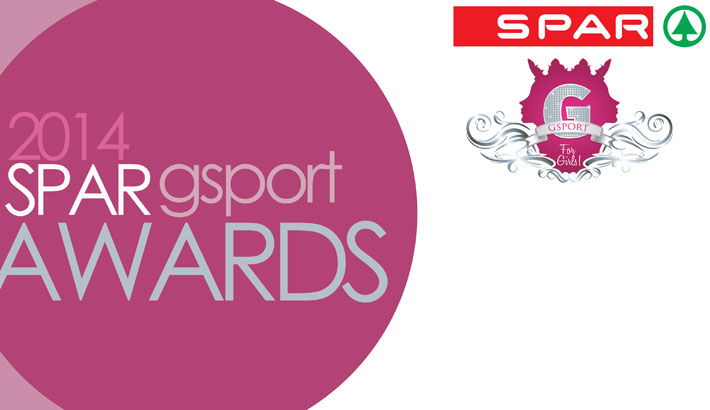 2014 KZN Sportswoman of the Year, Bridgitte Hartley, is a double nominee for the 2014 SPAR gsport Awards.

Hartley, who won bronze in the World Canoe Sprint Championships, is up against Commonwealth Games bronze medallist Ashleigh Moolman-Pasio and national netball captain Maryka Holtzhausen for the SPAR gsport Athlete of the Year.

gsport Founder Kass Naidoo said: “The SPAR gsport Athlete of the Year category attracted more than 60 nominations, and the battle for the top three was tough. It is now up to the judges to choose the winner from three noteworthy candidates.”

“The winner in the gsport Style Star of the Year category is now to be decided by public voting at the gsport website from Sunday, 9 November to Monday, 17 November, which will also decide winners in the Volunteer of the Year and Social Media Star categories.”

The Volunteer of the Year category is headlined by three champions in disabled sport, nominees including Tracy Dearden, a sports volunteer for the past 14 years, tireless Mthatha wheelchair tennis campaigner Kweshy Dubula, and Dea Slattery, international official and coach to talented swimmer Adri Visser for the past eight years.

Public voting for the three Awards – Style Star, Volunteer of the Year and Social Media Star of the Year – is open at gsport.co.za/voting

In the Up and Coming Athlete of the Year category, world junior number one wheelchair tennis player, Mariska Venter, is nominated with Tuks and SPAR Proteas netball star Lenize Potgieter and swimming sensation Marlies Ross.

In the Woman of the Year category, Founder of the Discovery Sports Heroes Walk, Cynthia Tshaka is nominated alongside President of Netball South Africa, Mimi Mthethwa and player turned football administrator, Pearl Mosoane.

While the three athlete categories counted together make up more than half of the total nominations received, the Woman in Media category was the next most popular – boasting more than 20 deserving journalists up for consideration.

SPAR Group Marketing Executive, Mike Prentice said: “It is exciting to see new names in women’s sport coming to the fore and being recognised at the SPAR gsport Awards. It is important that these Awards continue to unearth role models and icons that young girls can look up to.”

To find out more, visit gsport.co.za/voting to follow the action, and @gsport4girls on Facebook and Twitter for updates leading up to the Awards taking place on Monday, 24 November in Johannesburg.