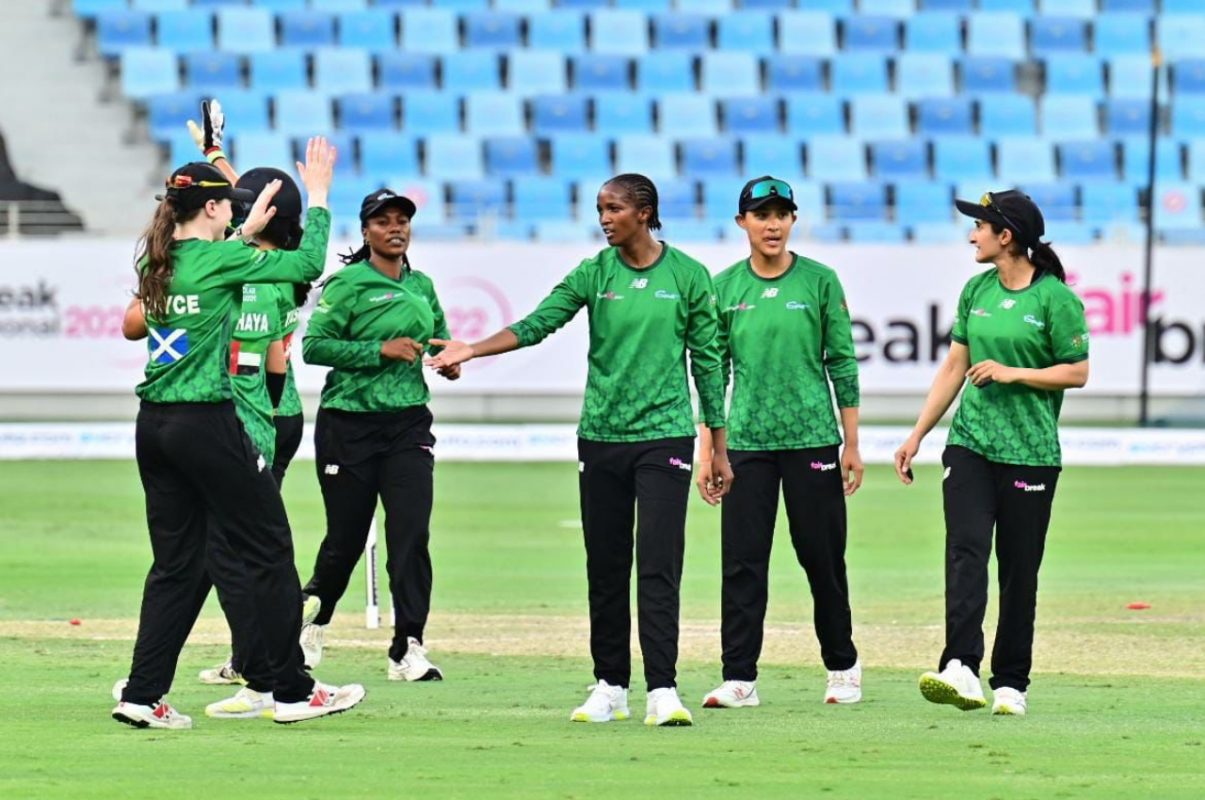 South Africa’s Ayabonga Khaka, is the talk of the town at the Fairbreak Invitational tournament in Dubai after becoming the first player to bag a five-wicket haul in the inaugural six-team edition.

Khaka, playing for the Spirit Women, took 5/9 to earn the Player of the Match award, as her team beat the Sapphires Women by 55 runs.

Momentum Proteas speedster was also on song during the recent ICC Women’s 50 Over World Cup in New Zealand as her nagging line and length brought satisfying rewards.

Back in February, against West Indies at home at the Wanderers stadium, Khaka picked up her maiden one day international five wicket haul, as she dominated West Indies big hitters.

With The Hundred gaining traction and leagues like the Women’s Big Bash League going well, it won’t be a surprise if Khaka soon finds her way into those global competitions.

She previously played in the BCCI Women’s T20 Challenge in the UAE and experts believe she should be making more of a mark on the international cricket stage.

Photo 1 Caption: South Africa’s Ayabonga Khaka, is the talk of the town at the Fairbreak Invitational tournament in Dubai after becoming the first player to bag a five-wicket haul in the inaugural six-team edition. Photo: FairBreak Invitational