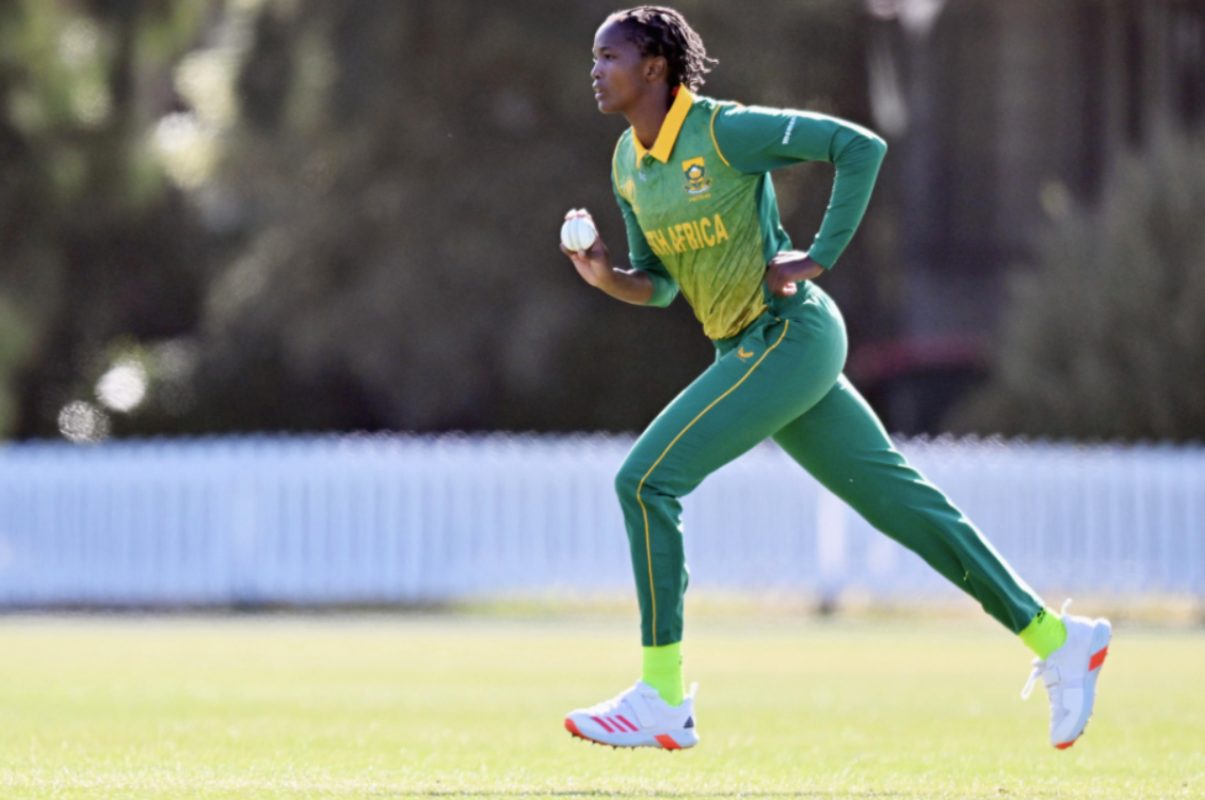 A brilliant spell from Ayabonga Khaka led South Africa to a hard-fought 32-run victory over a gallant Bangladesh in the ICC Women’s Cricket World Cup in Dunedin on Saturday, 5 March 2022.

Khaka’s match-winning spell of 4/32 included three wickets in nine balls as she put the clamps on Bangladesh’s batting line-up and ensured her side were able to defend their modest total of 207.

Openers Shamima Sultana (28) and Sharmin Akhter (34) had given Bangladesh a perfect start as they reached 69 without loss, but Khaka’s timely intervention reduced the score to 72/3 in quick succession as the required rate continued to rise.

Skipper Nigar Sultana (29) and Ritu Moni (27) tried to use their experience to get Bangladesh back in it, but Shabnim Ismail (1/33) and Masabata Klaas (2/36) returned to the crease with the ball as the Proteas held on.

Earlier, Fariha Trisna was the pick of the Bangladesh bowlers with 3/35 and Jahanara Alam (2/28) and Ritu Moni (2/36) stood out with two wickets apiece as Bangladesh excelled on debut at a 50-over World Cup.

All-rounder Marizanne Kapp top-scored for South Africa with 42, while opener Laura Wolvaardt (41) and the dangerous Chloé Tryon (39) also got starts as the Proteas badly missed the big-hitting of veteran batter Lizelle Lee.

South African skipper Suné Luus was dismissed in unlucky circumstances, with the ball deflecting off Rumana Ahmed’s fingers and on to the stumps at the non-striker’s end.

The Proteas were all out in the final over for 207, but that proved enough as Khaka’s inspirational spell and some valuable experience made sure there was no fairytale World Cup start for Bangladesh.